If you’re a member of the 27 Club, you’re in the most exclusive and influential club in the world… and you’re dead. Within the tragic fold of a single year – 1970-1971 – Janis Joplin, Jimi Hendrix and Jim Morrison died of drug overdoses, all of them 27 years old.

When Kurt Cobain committed suicide in 1994, the fact that he was 27 seemed almost destined. Like his predecessors, he’d been revolutionary in the music world, and the term “The 27 Club” took off. When Amy Winehouse died at 27 in 2011, the label gained even more traction.

This year’s Adelaide Fringe show 27 Club is a full-throttle ode to these legendary musicians.

The best way to open a show with Hendrix in the mix would have to be “Purple Haze”, and Adelaide’s Dusty Lee Stephensen, with his band Wanderers, owned the stage, the energy in Gluttony’s open-air auditorium The Moa immediately heavily charged. Nirvana’s “Smells Like Teen Spirit” followed, with a dedicated Kevin Mitchell (aka Bob Evans, front person of the band Jedediah) showing us the true garage-band leader in him.

Up next, cabaret star Carla Lippis was on fire as she grooved to Hendrix’s “Fire”. Not to be outdone, Superjesus’s Sarah McLeod nailed the power and pathos and every single note in Janis Joplin’s “Cry Baby” – and my, what sultry swagger she has. 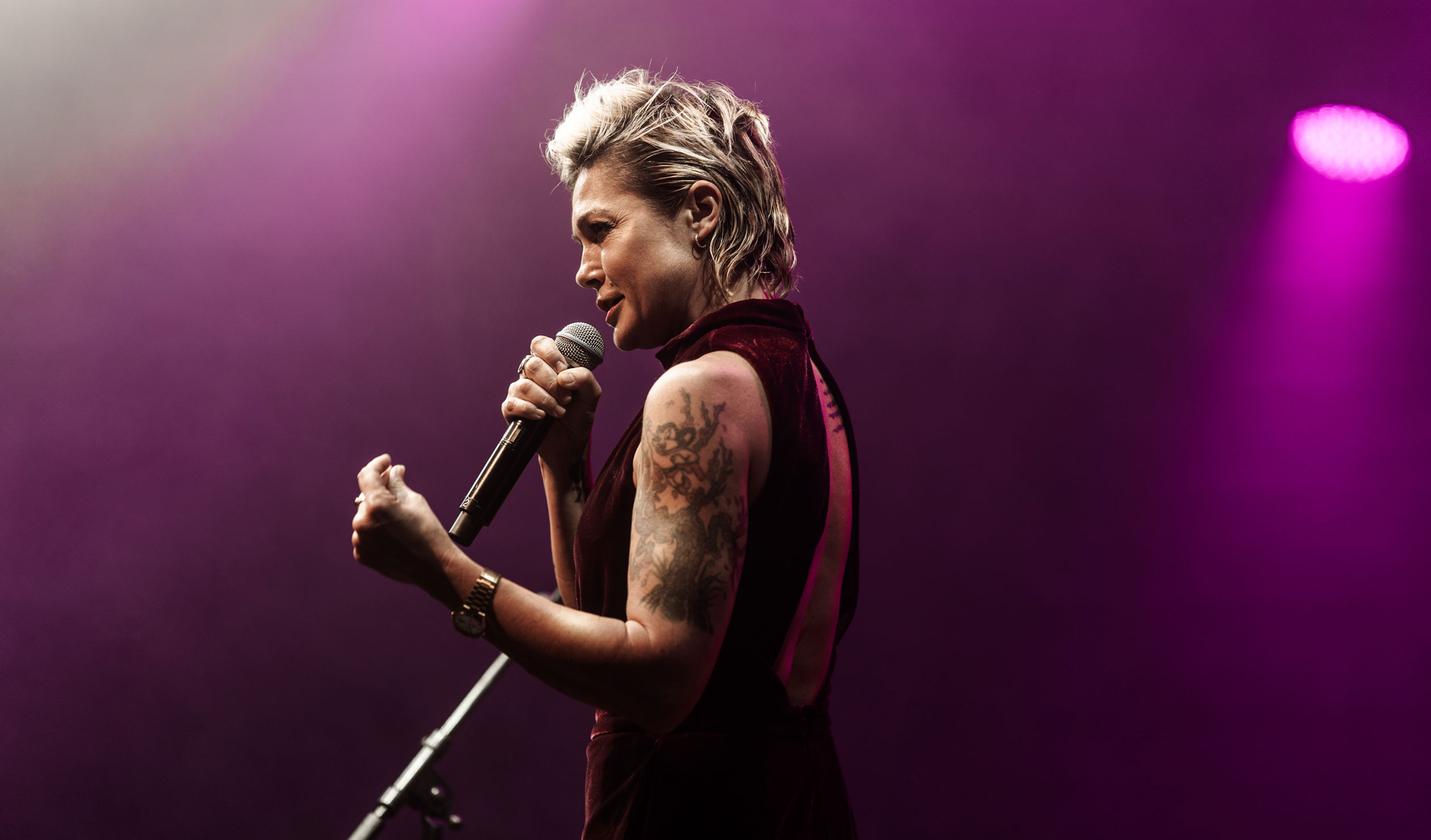 It was clear from the start that these four artists were going to give it everything they had, and it was incredible.

With photos of each 27 Club artist as a somewhat ghostly backdrop to their chosen song, the connection between them and the singer on stage was convincing. This means 27 Club isn’t a mere covers show. The performers interpreted the songs to impart personal meaning, and the result was an emotional celebration. Although the show was mostly electrified in tempo and tone, there were quieter moments that were shiver-inducing. Lippis sang Nirvana’s “Lithium” as if it was the last song she would ever perform, so theatrically heartbreaking it mesmerised.

With this much respect and talent packed into an hour-long show, it can’t be downplayed. In all of my years of reviewing for Fringe, I have never been more entertained.

27 Club is in Gluttony until March 5.