Adding to the usual array of theatre spaces at the popular Holden Street Theatres hub is Ruby’s at No. 32. In past Fringes we have seen micro theatre performances in this charming but compact venue but this time it is decked out as a little cinema. Ten comfortable chairs with side tables plus a 75” LCD screen and all you need is a program.

Which is where The Cultch comes in. Located in East Vancouver in Canada, this theatre company, with British artistic producer Richard Jordan, has produced live productions for a decade. With COVID, that all came to halt – except that Jordan, and Cultch executive director Heather Redfern, got busy turning their repertoire into digital form. They took a package of exclusively licensed shows to the Edinburgh Fringe last year and Holden Street Theatres’ Martha Lott selected four works to play here during Adelaide Fringe.

1 Hour Photo, written and engagingly performed by Tetsuro Shigematsu, is a mix of theatre monologue, a TED talk with a slideshow, and random pop-culture nostalgia. Darting in and out of history, Shigematsu  starts with 1977. Star Wars. The launch of GPS satellites. The Apple II computer and the launch of the space probe Voyager 1.

He is energised by this progress stuff, moving excitedly between display items and screen images, eyes bright, moustache twirling and ponytail bobbing. He is a most affable narrator. 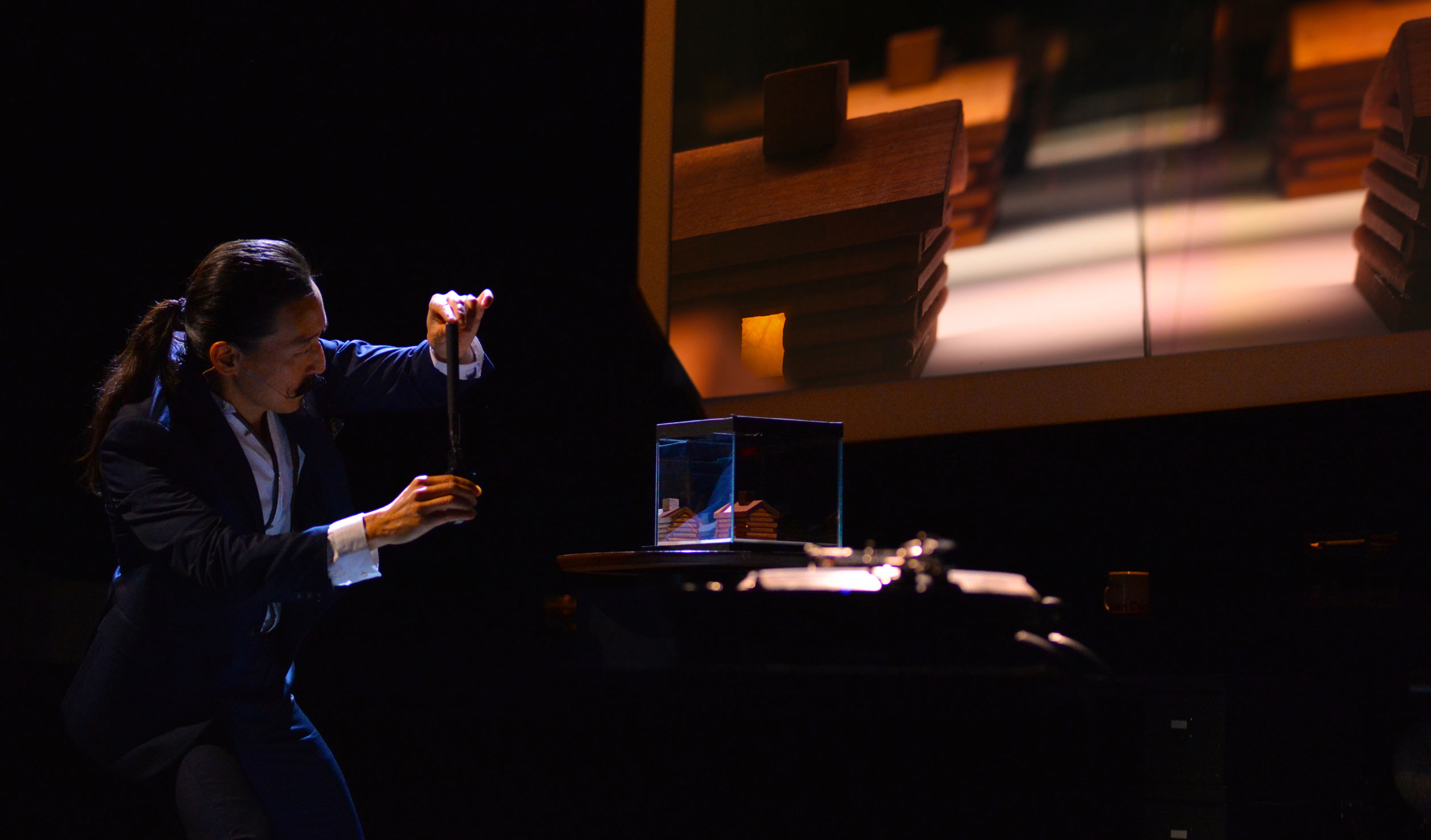 1 Hour Photo proves to be more than a snapshot. Photo: Raymond Shum

The Voyager project prepared an archive of speeches and musical excerpts to beam into the universe in search of sentient reply. What if, Shigematsu ponders, they had focused on one person’s story to represent what a life on Earth might be?

In his slim hands he holds up a clear vinyl disc on which he has recorded excerpts from 30 hours of conversations he has made with a Nikkei man, a Canadian of Japanese descent, telling his life story from the 1930s to beyond the end of the century. His name is Mas Yamamoto.

It is a chronicle of tragedy, persistence, and remarkable accomplishment. Soon after his father’s sudden death when Mas was in his teens, Japan bombed Pearl Harbor, bringing North America into the war but also resulting in the harsh internment of 20,000 Canadians of Japanese descent.

Their home confiscated and future grim, Mas is providing for his mother and siblings. After the war, with their fishing boat seized, they move to a rural orchard to grow apples. We hear Mas’s voice wryly describing his stoic efforts. But climb he does – working on an Arctic radar project, studying pharmacy, and then, in 1980 – moving into a franchise business with a newly patented one-hour photo shop.

With warmth and affection, Tetsuro Shigematsu spans both the larger history of a cruel time and the poignant star-crossed fortunes of the human heart. It is more than a snapshot, it is an album of memory all in one hour.

1 Hour Photo is playing as part of HST on Screen at Ruby’s at Holden Street Theatres until March 20.