A video of the production shared online garnered 12 million views within a week. It also prompted a message from Adelaide Fringe CEO and director Heather Croall inviting the then newly established UK-based drone-art collective to collaborate on the centrepiece of the 2022 Adelaide Fringe.

“It’s been a big commitment from the Adelaide Fringe to focus on creating large-scale projects that bring in First Nations storytelling fused with cutting-edge technology,” Croall tells InReview.

“When I saw the Hogmanay drones from Celestial, I just through straight away that this will work so well with First Nations storytelling, and they were so keen to collaborate.”

That was the beginnings of Sky Song, which Croall says will be the world’s first feature-length drone show, as well as a culturally and technologically ground-breaking immersive performance artwork.

Barkindji woman and celebrated singer-songwriter Nancy Bates played a pivotal role in coordinating its soundtrack, consulting with artists and community members to bring the five chapters of storytelling into formation. 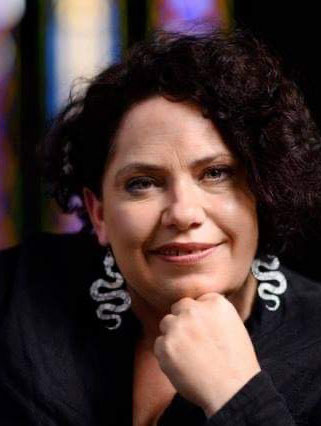 “Every Australian should know and should be proud of the land they are standing on.

“They should know whose country it is they are standing on.”

Among the artistic collaborators is singer, songwriter and activist Archie Roach, whose narration weaves the five stories together. He is joined by Kev Carmody, Electric Fields, the Iwiri Choir, and Bates herself, along with storytellers Major “Moogy” Sumner and Jack Buckskin, poet Ali Cobby Eckermann, and dance group Dusty Feet Mob.

Celestial ­– which has created a number of other shows since its Hogmanay debut, including a collaboration with Greenpeace and a Melbourne new year’s drone show – will bring the First Nations songlines and stories of Sky Song to life in a spectacle at Leconfield and Richard Hamilton Wines in McLaren Vale during Fringe. More than 300 drones will move in stunning formations above what is said to be the biggest screen projection seen in Australia, at 70 metres long and 50 metres high.

“We have this lighting in the foreground and this huge screen onto which we’re projecting virtual drones and then we’ve got the real drones coming up from behind the screen,” says co-founder of Celestial Tony Martin.

When describing his artistic medium, Martin likens drone art to arranging pixels on a screen in the most “imaginative and creative way possible”. In this context, the screen is the night sky.

“We’ve taken that amazing face of Uncle Moogy and we have mapped drones to it in our software and then taken away that original, so Uncle Moogy is now made of virtual drones as he tells his story,” he explains.

“Then the real drones emerge from behind and above. So this is a cocktail of technology and creativity that all comes together.”

Sky Song marries the old and the new, two elements often seen as polarised. What connects First Nations collaborators and Celestial is a shared emphasis on storytelling.

“Narrative is really strong, and it is front and centre of what we do… it’s almost not about the technology, but it’s about how you can engage people, keep their attention and touch them emotionally,” says Martin.

This consideration and respect for narrative was crucial to achieve effective collaboration on this project, especially as the stories within Sky Song attempt to challenge and dismantle the structures created through colonisation.

“After a lot of consultation and conversations, we have reached a very powerful point of understanding and that’s coming through within the script overall,” says Bates. “I can’t read the script without crying; it’s just so incredibly beautiful.

“What we have achieved here is a point where we are looking at each other in a very honest way and telling stories very honestly and we feel we are being heard, you know… there is like this incessant deafness of Australia to the First People of this country and what this [Sky Song] does is amplify the stories and our voices.

In following the lead of the storytellers and collaborators, Celestial has used its technology to re-create cultural hallmarks of First Nations traditions.

“The foundation of this story will be a crackling fire made of drones and light that brings everyone together to sit around the fire, together once more,” says Bates. “Then Uncle Archie will say to audiences, ‘There was a time when we all sat by the fire and now it’s time to find our way back to that fire, all of us’.” 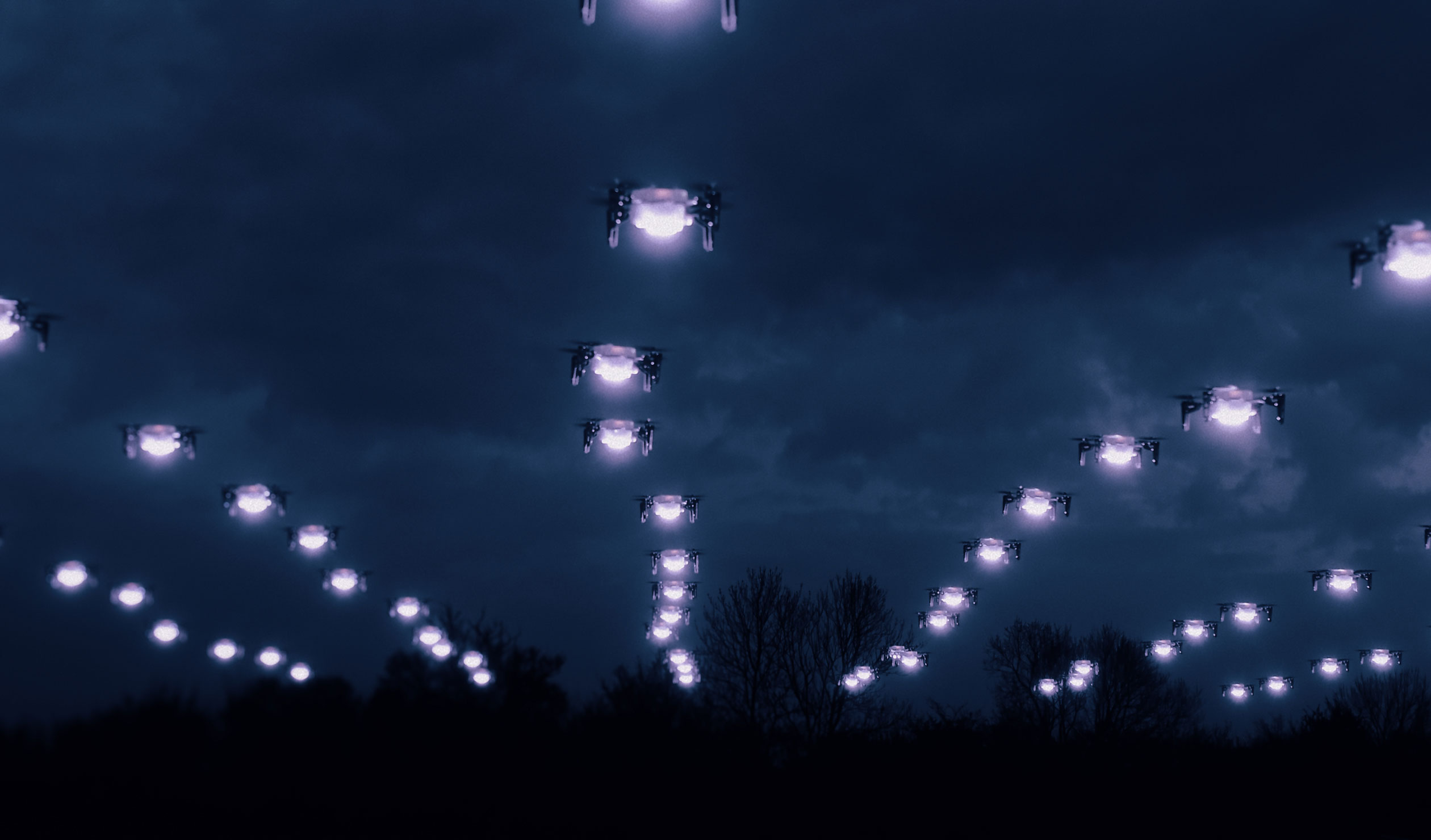 A still from Act Now, a work created by Celestial in collaboration with Greenpeace.

Notably, drone art is a carbon-neutral medium, aligning with the theme of respect for country. Drones are gaining popularity as the “fireworks of the future”.

“We can’t just be putting carbon in the air for fun,” says Martin. “Give it another five years max, but certainly in the next two or three years, there are going to be massive changes and we aim to facilitate some part of that change. As fireworks diminish, people want that group entertainment, crowd entertainment.”

Sky Song’s premiere at Adelaide Fringe’s opening night on February 18 is eagerly anticipated by everyone involved. Above all, there is the hope it will unite audiences in a monumental, shared experience after two years of isolation.

“We are so used to holding our phones in our hand and looking down, and we wanted to create opportunities for people to look up again and re-engage with the heavens, re-engage with those ancient, stellar formations that we are a part of, and to feel – it sounds really grandiose – but to feel a part of the bigger universe again, instead of part of just this six-inch screen in front of us,” says Martin.

Croall promises it will be “uplifting and truly epic”.

“We have seen drones before, but this will be the first time a drone show is saying, ‘Come in, sit down and get lost in a story, a narrative… it is a very important and powerful show,” she says.

Bates agrees it will be powerful: “The whole premise of this is to connect to country and to connect to each other at a time on the planet when we are in crisis, at a time when the only thing we need is to do now is to be together and look after each other and our world. Now is the time for us to walk together.”

Sky Song will be presented by Gluttony and Adelaide Fringe at Leconfield and Richard Hamilton Wines in McLaren Vale from March 11-20.

Note: This story has been updated since publication after the location and dates for Sky Song were changed.