The opening of Strata induces a thrill that’s specific to theatre. On stage, three people are alternately magnetised and repelled from one another in a pulsing and highly-choreographed scene that draws the audience instantaneously into the tangle of their relationships.

Showing off the confident hand of director Tiffany Lyndall-Knight, it’s also a scene that represents a disaster. But the meat of the play isn’t in the hyperbolic drama of this big event, but in the much quieter tragedy of flawed human relationships. From the arresting opening scene, the show calms and a sweep of near-naturalistic, non-chronological scenes unfurl to tell the story of Robyn, her brother Brody, and her partner Phil.

Against a backdrop of environmental degradation and commercial exploitation, the trio negotiate the decisions that have led them to their symbolic reckoning. The play is held together by Caithlin O’Loghlen’s perfectly-pitched performance as Robyn; a character in whom playwright Peter Beaglehole has managed to exactly conjure the modern coping mechanism of aggressiveness masking deep-seated existential fear.

While there’s plenty of hints at the larger issues that spark those fears, chiefly Australia’s poor attempts to manage climate change, Strata is in some ways a victim of its own success. The dynamic interplay between characters keeps the personal drama central. The larger story easily gets lost. Despite that, and an unedifying early end to a narrative arc that seems to lack a full stop, it’s a work of skill and real emotion – an excellent introduction to the new festival season. 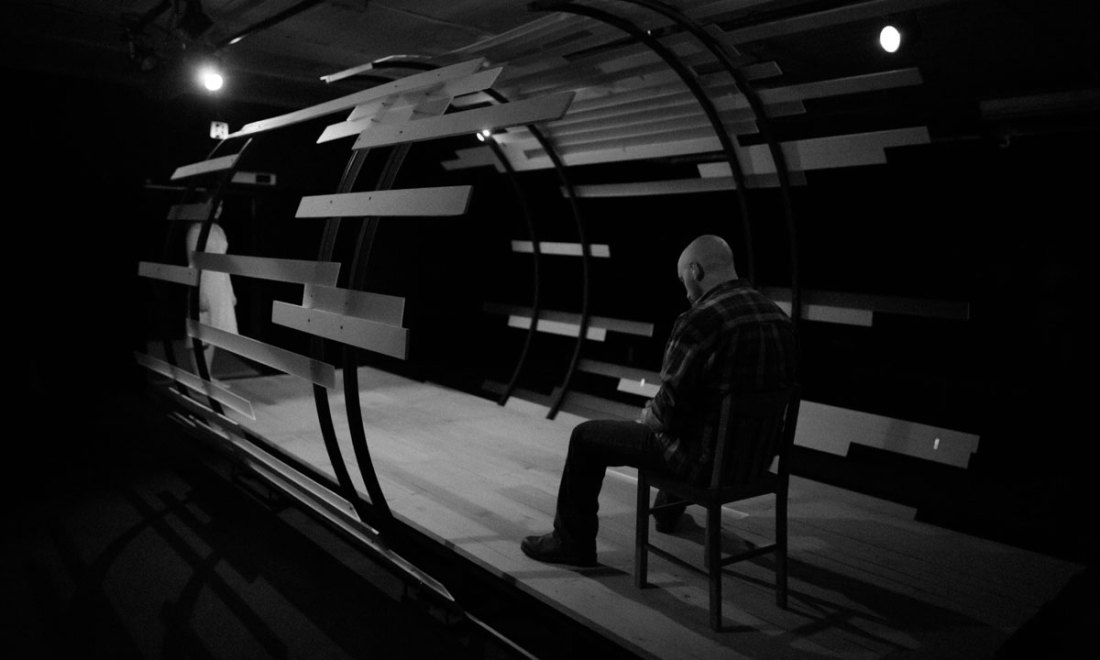 The second play of the night, Forgiveness, shares a simple but effective set with Strata and carries over some of the first play’s tangled-up tone. Also presented as a series of non-linear scenes that culminate in ultimate catastrophe, Forgiveness is peppered with monologues that cut through the dialogue – allowing the audience to contrast each character’s internal voice with their public persona.

The concept is sound, but its execution by playwright Piri Eddy errs toward the heavy-handed, as does the story in its entirety. The play examines toxic masculinity, alcohol-dependence and violence, using the bubbling tensions of a small rural community as its vehicle. But it lacks nuance and originality – this story about Australia has been told, and Forgiveness brings little new. Worse, it falls into the most troubling tradition of the trope – allowing the female characters to become ciphers for the problems of men, little more than collateral damage in a masculine drama.

Redeemed by a competent cast, particularly Tom Murdock as Anthony, and clever direction from Anthony Nicola that uses live-filmed footage to bring depth to on-stage action, Forgiveness is a fine way to spend an hour at the theatre. But, unlike Strata, it’s a play that can’t quite manage to tap into the rich vein of emotional truth that makes a show stick with an audience.

Strata // Forgiveness is playing at Rumpus in Bowden until February 21 and is part of the 2021 Adelaide Fringe program.