Fringe director and CEO Heather Croall says while the COVID-19 pandemic means the festival will look different to past years, “the magic vibe of Fringe will still be well and truly alive over the 31 days and nights”.

“Artists, venues and Adelaide Fringe staff have been working tirelessly over the past few months to pull together this incredible program of events, while also ensuring audiences can engage with Fringe in a safe way,” she says.

“Artists are eager to perform again after an especially difficult year and we have seen huge numbers registering again for 2021.”

Noble, who has been performing at Adelaide Fringe for 20 years, says it is always a highlight on his touring calendar: “COVID has really ripped the life out of live comedy over the past six months, but to be on stage again in a city as fantastic as Adelaide is going to be amazing.”

In recent years, the comedian has performed a week-long season of his Fringe show at the Thebarton Theatre, but in 2021 he will be at Gluttony in Rymill Park. 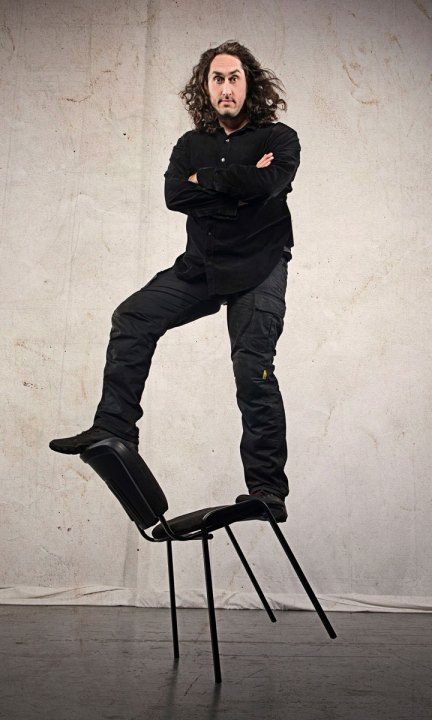 “This year I’m going to be in the festival hub itself and I’m doing a full run of the festival and it will be an hour straight through – I haven’t done that in a long time,” he tells InDaily. “It feels a bit like going back to my roots, which I’m really looking forward to.

“The show is called The Ross Noble 2021 Comeback Special, very much as a tip of the hat to Elvis. It’s a comeback special after my long [COVID-caused] gap.

“What I’m finding fascinating at the moment is that the psyche of the entire world has completely changed. We’ve all collectively gone through, to a greater or lesser extent in terms of hardship, the same thing. I think people’s priorities have changed a little bit.”

Noble, who had his 2020 Australian tour interrupted and a planned UK tour cancelled due to the pandemic, hopes audiences will be keen to get out and enjoy the Fringe: “When you get that many creative people all arriving at once and all the shows, it’s just a really exciting time to be there.”

With social distancing and venue capacity restrictions in place, 2021 will see an increase in the number of outdoor Fringe venues and shows.

A highlight will be “artivist” Dan Acher’s colourful art-meets-technology light installation Borealis, which uses high-power laser beams to create the illusion of the Aurora Borealis. After captivating audiences outside the SA Museum at the 2018 Adelaide Fringe, it is being brought back next year by Gluttony.

“As an installation on Rymill Park Lake, light will flicker among the trees and reflect off the water, creating a stunning spectacle that varies each night with the weather conditions,” says Gluttony co-owner and director Daniel Michael.

Among its 12 venues will be two new outdoor spaces: the Hillside Theatre, which will host a variety of shows ranging from the After Hours Cabaret Club to children’s performance Attenborough and his Animals, and The Lark, which promises an all-women line-up including Amity Dry, Tash York and variety show The Best of Ladies’ Night.

Popular artists and shows returning to the Rymill Park hub in 2021 include The Choir of Man, Rouge, singer Hugh Sheridan, hypnotist Isaac Lomman and magician Matt Tarrant, while new satirical show The Anti-Experts Guide to the Pandemic will take a “biting look” at COVID conspiracy theories.

The Garden of Unearthly Delights is also adapting its Rundle Park site to be COVID-safe, and while it won’t be announcing its full program until January 13, it revealed 24 shows earlier this week ­– including artists such as The Umbilical Brothers, Tripod, Kate Ceberano, Katie Noonan, Sam Simmons and Tommy Little.

Many independent artists and producers have harnessed their creativity to adapt to the COVID world, such as choreographer Lewis Major, whose pop-up drive-in dance show Traffic will be presented in a range of locations across South Australia during Fringe. 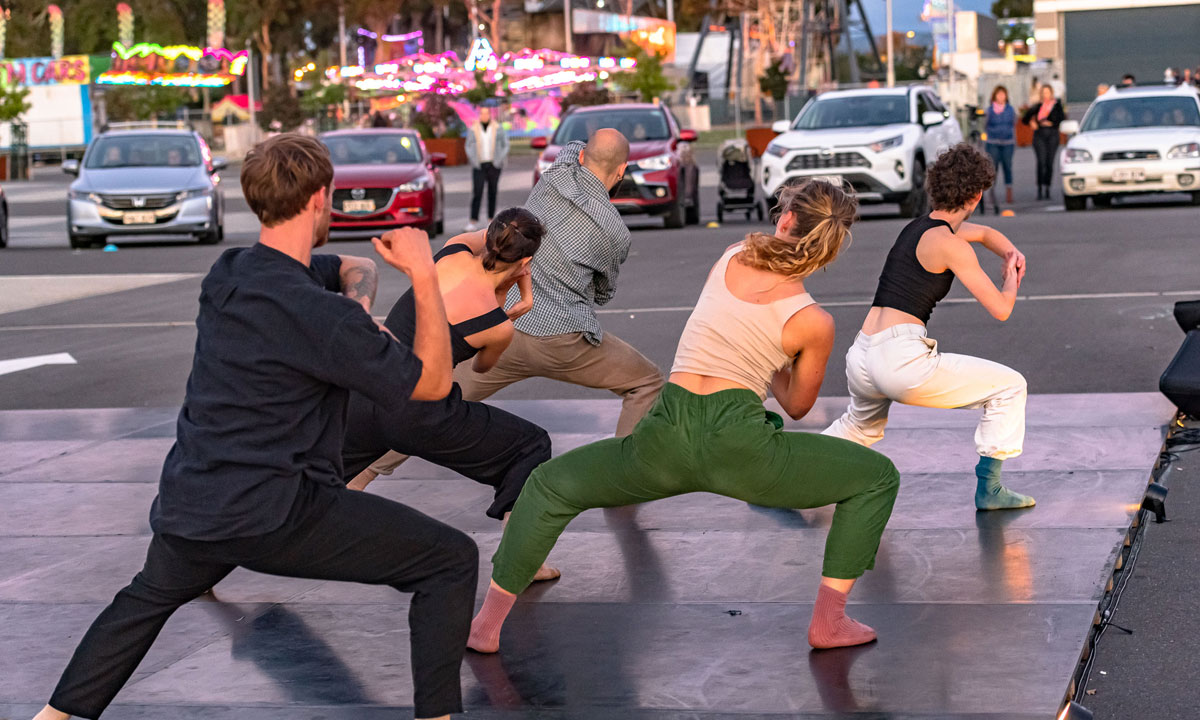 The premiere performance of drive-in show Traffic at the Adelaide Showground.

Local company Hartstone-Kitney Productions will once again activate a Fringe hub in the Adelaide Botanic Garden, with three venues – including a new open-air performance space called the AmphiTheatre. For the first time, it will also livestream its shows via “Black Box Live”, which producer Joanne Hartstone believes will offer “a major point of difference in our new COVID-safe festival landscape”.

HKP’s Fringe line-up ranges from Still Alive (and kicking) (a music and spoken-word performance by artist Gill Hicks and jazz violinist Julian Ferraretto), and Hartstone’s new solo show The Reichstag is Burning (“a new cabaret for a world on fire, inspired by the Weimar Kabarett tradition”) to the interactive PubSing and kids’ musical theatre show Blinky Bill is on the Loose. 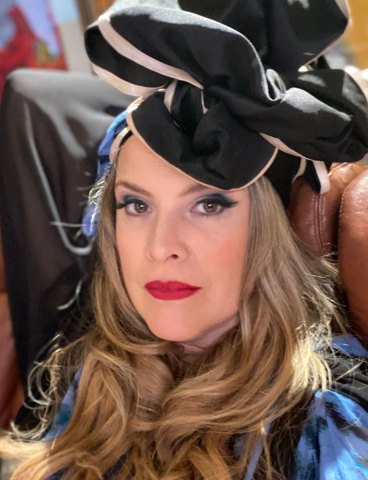 Ali McGregor will present her new show A Sweet Beginning at The Queens.

Among new Fringe hubs next year will be The Queens, in the historic Queens Theatre in the West End. It will present around 25 music, cabaret and comedy shows, with performers such as Ali McGregor, Michael Griffiths, Carlotta, Prinnie Stevens, Carla Lippis, Johanna Allen, Amelia Ryan and Libby O’Donovan.

Among innovations introduced by Adelaide Fringe to tackle challenges posed by the pandemic are a new ticket price called Double your Applause, which gives people the option of paying double to help artists and venues that can only sell at reduced capacity, and Watch From Home, where shows can be livestreamed to paying audience members.

“With more outdoor spaces being activated and many events offering online experiences, people will be able to enjoy Fringe their way,” Heather Croall says.

“We are rolling out e-ticketing even further this year to ensure contact-free, safe admittance to venues and our website is even more user-friendly than ever with some great new features allowing audiences to browse by the local area and event type to see what they can watch from home and go see nearby to home.”

The 2021 Adelaide Fringe will run from February 19 until March 21, with tickets on sale from 9am today.