As far as circus acts go, Italian company Circo e dintorni’s The Black Blues Brothers has had its fair share of acclaim, with Pope Francis reportedly praising the artists after a private show.

With expectations set high, the five talented performers saunter on to Gluttony’s Cornucopia stage wearing black suits, shades and fedoras, in a nod to the Elwood brothers in John Landis’s 1980 film, which is also referenced through a soundtrack of well-known tunes such as Ray Charles’ “Shake a Tail Feather”.

It doesn’t take long before jackets, ties, shirts, hats and shades are tossed aside to Joe Cocker’s “You Can Leave Your Hat On” and the highly impressive flips, jumps, balancing and tumbling begins. The five acrobats jump on top of each other in different formations of a human pyramid, create a 7m-high chair tower and perform handstands on top of it, and perform an impressive skipping routine.

All the tricks are performed without fault and with a smile – making the risky and physically demanding stunts look easy.

In between the tricks, the acrobats dance and perform physical comedy skits. The humour is light-hearted and at times a little cheesy, but it receives plenty of laughs from the audience, who are occasionally invited on stage. At one point, audience members are dared to walk under a limbo stick, which the performers later set on fire and limbo beneath. 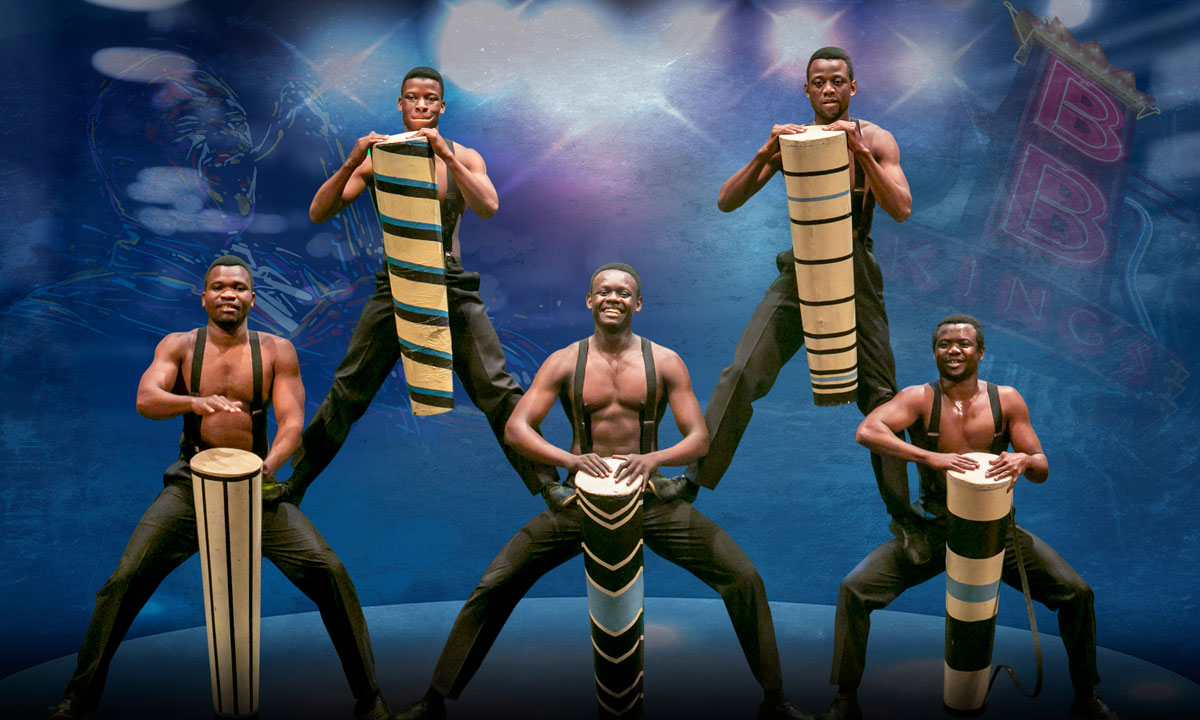 It is clear the acrobats love performing. Their energy never wanes, despite the physicality of the stunts they are performing. After the show, they walk out to meet and shake hands with people, adding a nice personal touch to end the night.

The Black Blues Brothers provides an hour of light-hearted, jaw-dropping, family-friendly entertainment that leaves its audience with smiles as big as those of the performers.

The Black Blues Brothers is showing at The Cornucopia at Gluttony throughout the full season of Adelaide Fringe.