Written by Kit Redstone and developed and directed with Jessica Edwards, Passengers explores dissociative identity disorder, a condition characterised by gaps in memory in conjunction with the existence of two or more distinct personalities.

In Max’s story we see three – one who demands order, structure and safety, another who imagines an exotic life beyond the confines of the everyday world, and a third who courts danger and revels in risk-taking. They each give physical expression to the difficulties experienced when one’s identity becomes fractured by childhood trauma.

Clad in tracksuits and balaklavas, “Manager” (Justina Kehinde), “Storyteller” (Neil Chinneck) and “Firefighter” (Kit Redstone) battle for attention as they attempt to give their own perspective on what’s behind Max’s outburst. He wasn’t always like this, they explain.

There are hints of darkness in Max’s early years and later, after the death of a relationship, came repressed emotions and a flight into destructive behaviours.

Max’s three selves are in conflict about how he should live his life. Perhaps he should run away. Could he move to California and become a writer? Should he buy a van and head for the Amazon? Or would it be best to seek refuge in the regularity of a nine-to-five job and a home in suburbia?

Metal scaffolding in the centre of the stage is flanked by sets of steps to form a “prison playground”. The performers climb, swing and hang from the bars, sometimes moving in unison, advancing and retreating as they take turns telling their own parts of Max’s story as they try to help him work out what’s going on. 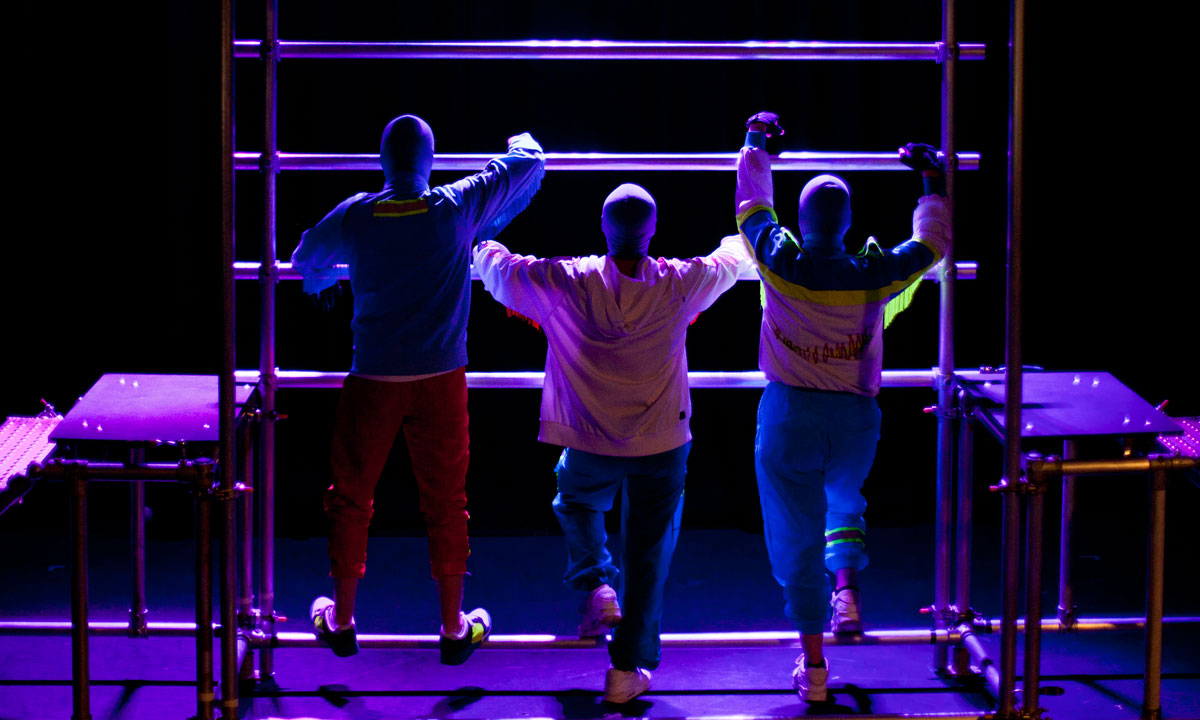 All three cast members are exceptional – their delivery is tight and energetic, at times creating an almost electric connection between performers and audience. Redstone’s polished words convey scenes of violence and confrontation with a lyricism that marries beautifully with the choreographed movements of the performers.

The work is semi-autobiographical. As artistic director of Vacuum Theatre (a cross-disciplinary ensemble), Redstone explores universal themes alongside his own experiences of masculine identity through the lens of a trans man. His previous play Testosterone was an international hit with multiple award nominations and was awarded the Pleasance Indie Award for Best Theatre Show.

Passengers skilfully tackles dark subject matter with compassion and a sense of playfulness that allows us to empathise with the characters and reflect on our own humanity. It’s a stunning hour of theatre.

Passengers is showing at Union Cinema at RCC until March 15.