The Garden Gala on Kangaroo Island didn’t have the stage production Fringe-goers in Adelaide might expect – acts performed out of the side of a semi-trailer in the middle of the Kingscote Football Oval – but that wasn’t the point.

Every local InDaily spoke to loved what they saw, and each had been personally affected by the recent fires, including Kingscote resident Lucy McNaught. She works for Kangaroo Island Wool and her husband Richard Asalemo is a shearer.

“I rang him and said I thought it was getting pretty bad,” McNaught says of the fires. “I said I probably thought he should come home, [and] a couple of hours later it was all gone.

“We couldn’t go to work, we couldn’t do anything, really. It was just too dangerous to go to work.

“I sell the products we make with the wool, and we lost our five shops that stock our products… So everyone is affected.” 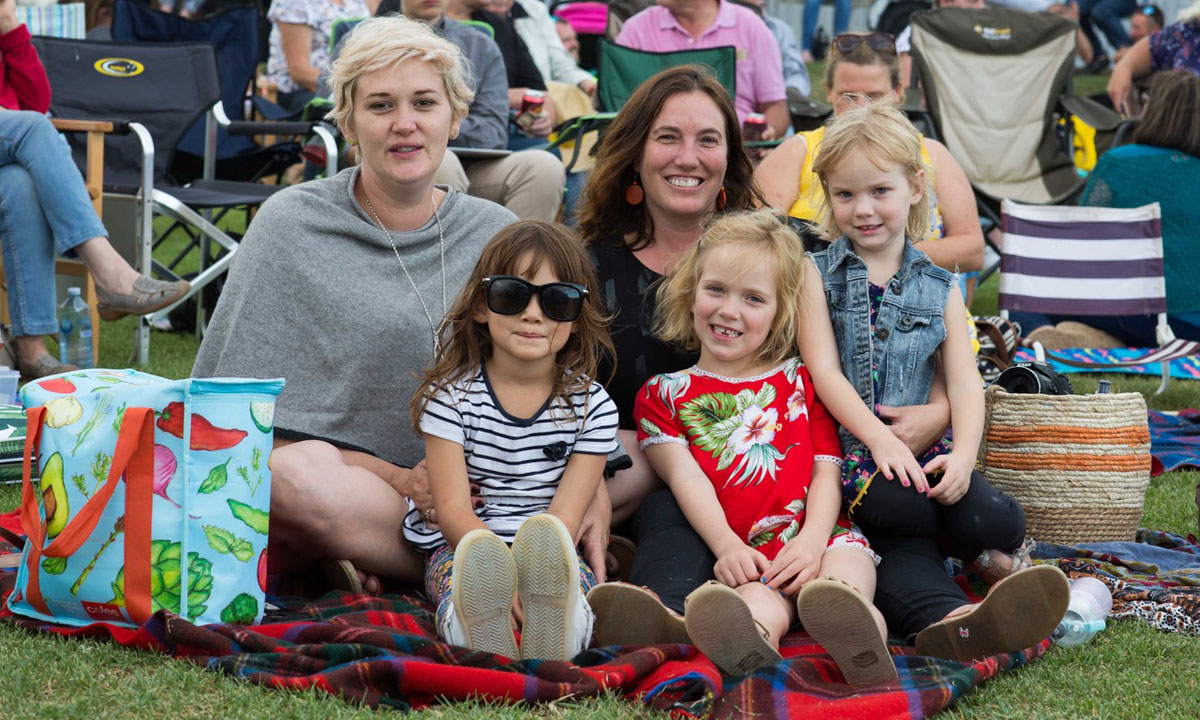 KI locals Lucy McNaught and Bobbie-lou Brown enjoy the Gala with their children.

Her friend Bobbie-lou Brown, a nurse at Kingscote Hospital, thought she was going to lose her home, and her family’s businesses Frogs and Roses, Lavender Farm and Emu Ridge have been devastated by the sharp drop in trade.

“Prior to the fires they were getting $4000 days; now it’s close to nothing,” she says.

“We all know people who have [been affected], friends who have lost homes they built by hand, small businesses that no longer get the business they were getting.

Brown, who is also a wildlife photographer, says habitats have been decimated.

“Those beautiful animals, they’re not there anymore. I went down to a gully at Stokes Bay, completely black, not a wallaby, kangaroo, nothing. It’s just black dirt flying around the place.”

Acrobat Malia Walsh gets into the spirit of the Garden Gala.

She says the Gala has been a welcome distraction.

“We just haven’t had fun together as a family for a long time. Having to work extra shifts at the hospital doing night duty throughout the fires… we just didn’t get a summer holiday together.

“We wouldn’t have been able to afford to go to the Fringe. For us to get off the island it’s pretty much $500 or $600 just to get the boat fare, petrol, food… and then there’s accommodation.

“To have something like this come here – it’s amazing.”

Organisers and performers put the Garden Gala on Kangaroo Island together at short notice after Mix 102.3’s Mark Soderstrom proposed the idea, and volunteered their time on their only day off for the month.

“I just moved to country Victoria and it’s an issue that is very real to me,” she says. “Before I came to Adelaide we had to pack up all our stuff in case our house burnt down.

“My partner’s family is from Kangaroo Island so I feel really connected to the place. I had a really nice time. It’s such a fun act and it’s such high energy, and it’s fun poking fun at yourself – everybody loves circus!”

British comedian Markus Birdman visited Kangaroo Island two years ago, and found out the hotel he stayed in on that trip was destroyed.

“About two hours later someone asked if I would do it (attend the KI Garden Gala) so I thought it was the least I could do.” 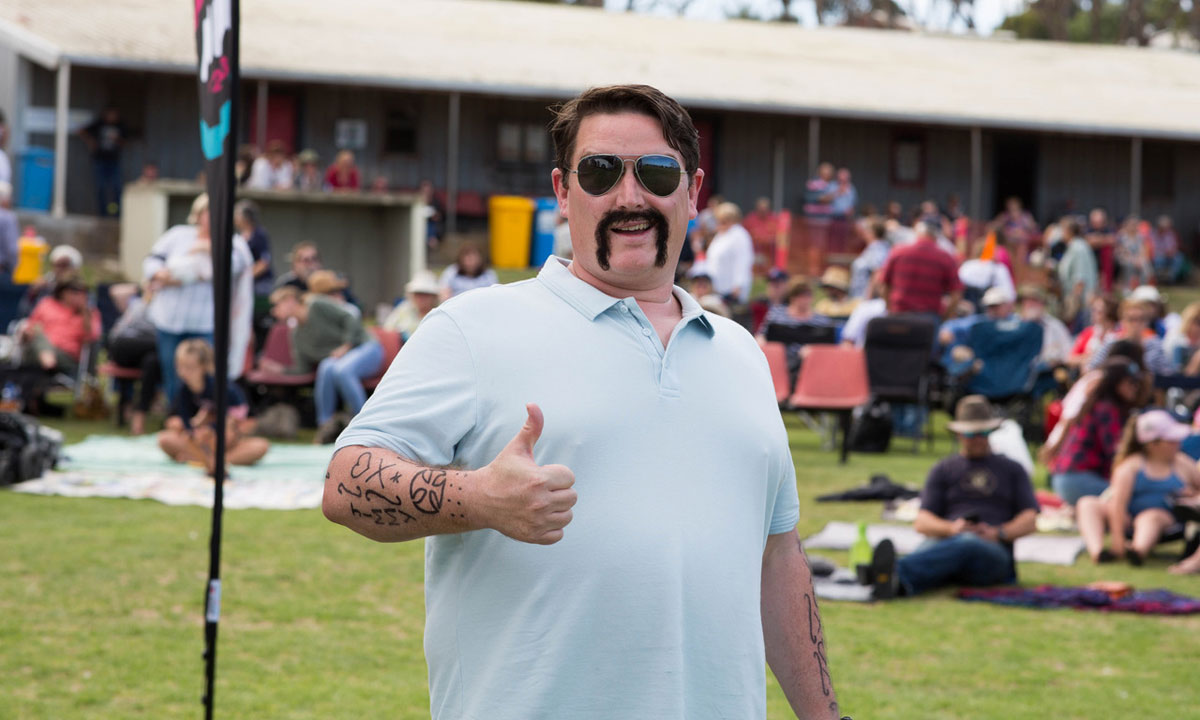 “It’s pretty close to the bloody least I can do, you know what I mean,” he says. “I think after the bushfires everyone in Australia wanted to help out.

“Somebody called me up and said, ‘Chopper, you wanna come do some comedy for these people, raise some money, hopefully bloody cheer them up a bit after the tough time they’ve had?’.

“How bloody horrible would I have to be to say no to that sort of thing, you know? I’ve killed people and I’m still not that big of a wanker.”