Frankenstein: How to Make a Monster was a hit with both audiences and critics during the 2019 Edinburgh Fringe, earning a string of four and five-star reviews for its originality and the skills of the beatboxers from BAC Beatbox Academy – a young performance collective which is based at London’s Battersea Arts Centre and creates a capella cross-genre hip-hop and spoken word.

Described as a beatbox-theatre hybrid which takes musical inspiration “from Pachelbel to The Prodigy”, their show reimagines a world of modern monsters while exploring issues such as social media angst, body dysmorphia and urban alienation.

The season at the RCC during Adelaide Fringe will be the first time the show has been presented outside the UK, and will include curtain-raiser performances by Adelaide students as part of a collaborative project between Carclew, RCC and Battersea Arts Centre.

Here, Conrad Murray, co-director of Frankenstein: How to Make a Monster and director of BAC Beatbox Academy, explains what audiences can expect and why the performances will be so “relaxed” that you’re even encouraged to take photos and videos.

How would you describe Frankenstein: How to Make a Monster?

It is like a gig or theatre show you have never seen before. It’s beatbox theatre, but these are some of the most talented vocalists in the world – there’s incredible singing, beats and poetry.

Why did you decide to base the beatbox-theatre hybrid around the story of Frankenstein?

Frankenstein has a lot of themes that still resonant today – man’s relationship with technology, and the way that society creates monsters of people.

We were also inspired by the fact that Frankenstein was created by a young person. Mary Shelley was just 18 when she wrote it, so why not let young people today interpret it?

Shelley’s novel is now more than 200 years old, so how do its themes still resonate today, especially with young performers and audiences?

Young people can feel demonised by the media and society, and can relate to Frankenstein’s themes about alienation and feeling outcast. Young people also feel the brunt of new technologies, such as social media. 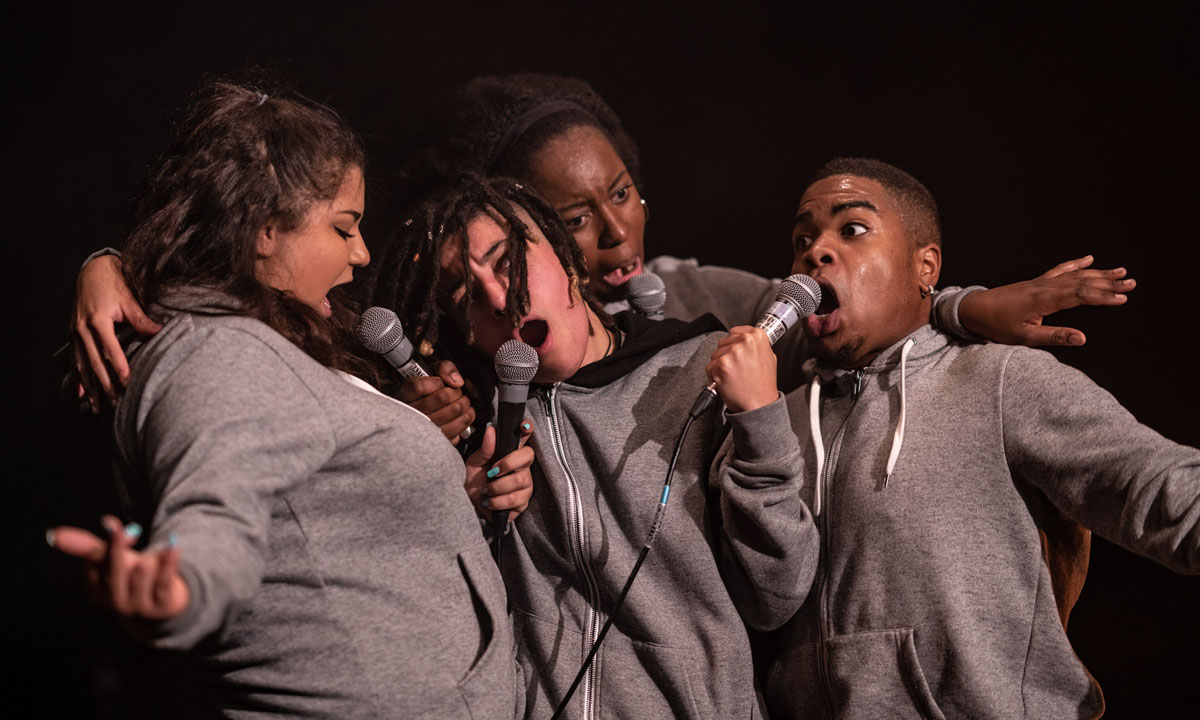 Obviously the form in which it’s presented is totally new, but has the story itself been updated or reinvented through the lyrics?

We created new grime and hip-hop tracks, and used our own personal stories to explore the themes from the original show. The people in the group explored their own stories and used their own language to really own it.

You like to run workshops with young people wherever the show is performed – why is this so important to the Frankenstein team?

The show was created out of workshops for young people to express themselves. A lot of the process was jams with mates, with the idea that anyone can express themselves and be creative, and that is partly what the show is about.

The academy is daring and radical because our main purpose is to bring young people together to have a good time through beatboxing and music. Doing the workshops connects us to our core purpose.

What are the essential attributes for any wannabe beatboxer?

To be open, to want to have fun – and, hopefully, timing.

The Adelaide Fringe program says all performances of Frankenstein: How to Make a Monster will be “relaxed” – what exactly does that mean?

A Relaxed performance is exactly that – relaxed! It means that if people need to move or make noise, it’s fine. If they need to go to the toilet, it’s fine. There will also be ear defenders for people if they need them. It means that people who may think theatre is not for them can come and have fun.

People think this could lead to chaos, but it doesn’t. It shows we respect our audience, and they in turn respect us.

In this show we also encourage audiences to use their phones to take photos and videos, and to join in the online conversation.

We created the show with Battersea Arts Centre, which is becoming a Relaxed Venue – taking inclusion and respect to the next level, making being relaxed part of everything they do.

Frankenstein: How to Make a Monster is being presented from February 14 until March 15 at The Attic at the University of Adelaide as part of the RCC 2020 Adelaide Fringe program.