Inspired by fairytales, legends and mythical creatures and described as a place where “happy endings come to die”, The Otherworld is a foreboding place filled with strange and beautiful characters.

Trapped in an eternal battle between light and dark, these ethereal beings crawl up from the underbelly, hang from the ceiling and stalk their way across the stage in a series of beautifully crafted routines set to an eclectic soundtrack of hard rock, old-school carnival sounds and otherworldly wails.

The small but talented cast make full use of the tiny stage at Gluttony venue The Empyrean, engaging in tightly choreographed routines designed to show off their acrobatic and technical abilities; familiar acts involving apparatus such as aerial hoops and ribbons take on a dangerous air as the performers writhe and twist dramatically above the ground.

Each act is accompanied by an earth-rattling soundtrack of pre-recorded sounds intermingled with original live scores written and performed by Adelaide musician Scott Reed, whose formidable stage presence is made even more foreboding by the demonic mask adorning his face. 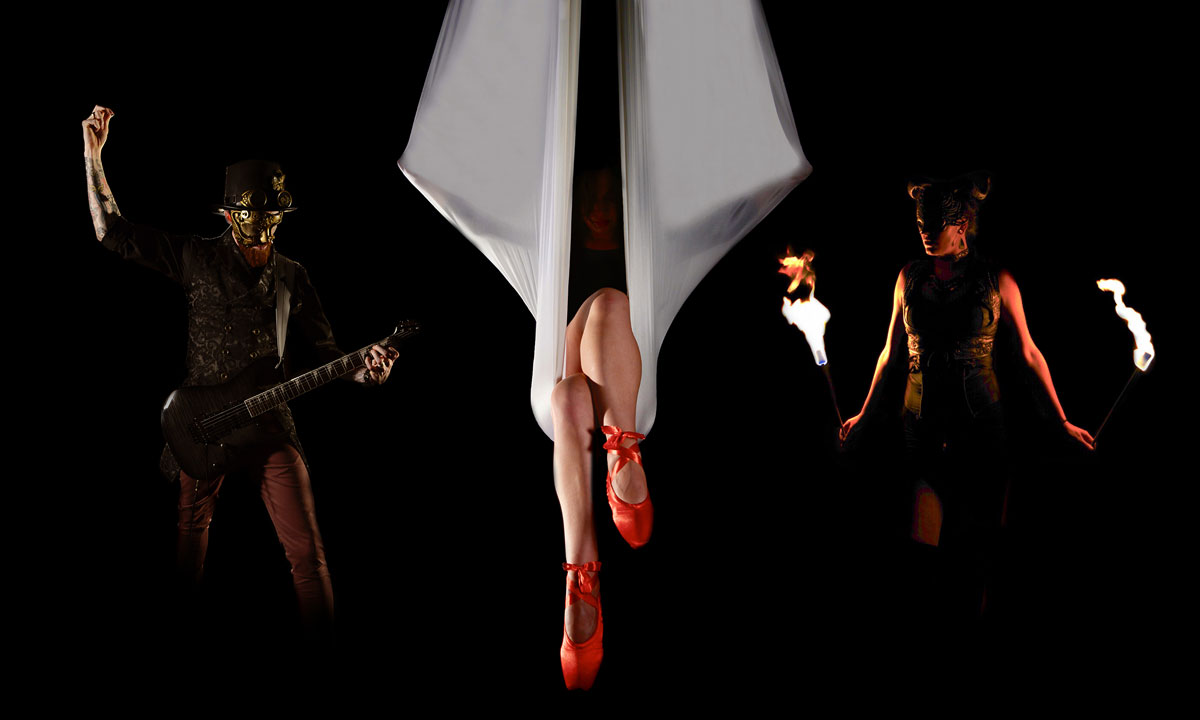 Although much of the stage is kept in almost complete darkness, subtle shades of blue, white and red lighting bathe the performers in an eerie glow which gives them an almost supernatural appearance, further accentuating the dark mood of the show.

The Otherworld features an array of stunning (yet surprisingly simple) costumes and each cast member takes to the stage in an outfit which perfectly suits their character and routine. Strings of LED lights become stunning winged creatures; masks are used to create unnerving faceless entities and fantastic beasts, and a sultry temptress in a red and black corset reaches out to pull the audience (and the characters) further into the darkness.

From its hypnotic opening sequence to its fiery finale, The Otherworld is a visual feast for the senses which will captivate you from start to finish.