Cut from the pages of her book Riot Days by powerful orator and chronicler Maria “Masha” Alyokhina, one of four key members of the Pussy Riot collective here for Adelaide Fringe, this multi-media show stormed – by sax, trumpet and smashing stand-up drums – from the decision to stage a “Punk Prayer” in a Moscow Cathedral sacred to Vladimir Putin, to being caged in court next to a snarling Rottweiler and fighting the reportedly Gulag-esque Russian prison system.

Riot Days is a well-rehearsed clash of theatre, documentary and top-of-the-lungs storytelling set to a pounding jazz-punk explosion rooted in the kind of forward-thinking steel that only political incarceration can forge.

The presence of real political prisoners and their turbulent involvement in recent world history heightens the subversive tirades and sonic chops that reach back to anarchic punk essentials like Crass and Public Image Ltd and forward to a freer future for Russia.

And the infamous multi-coloured, balaclava-clad activists haven’t let up their cause. Among other actions, the proceeds from their T-shirt sales will go to lawyers working on behalf of political prisoners in Russia. 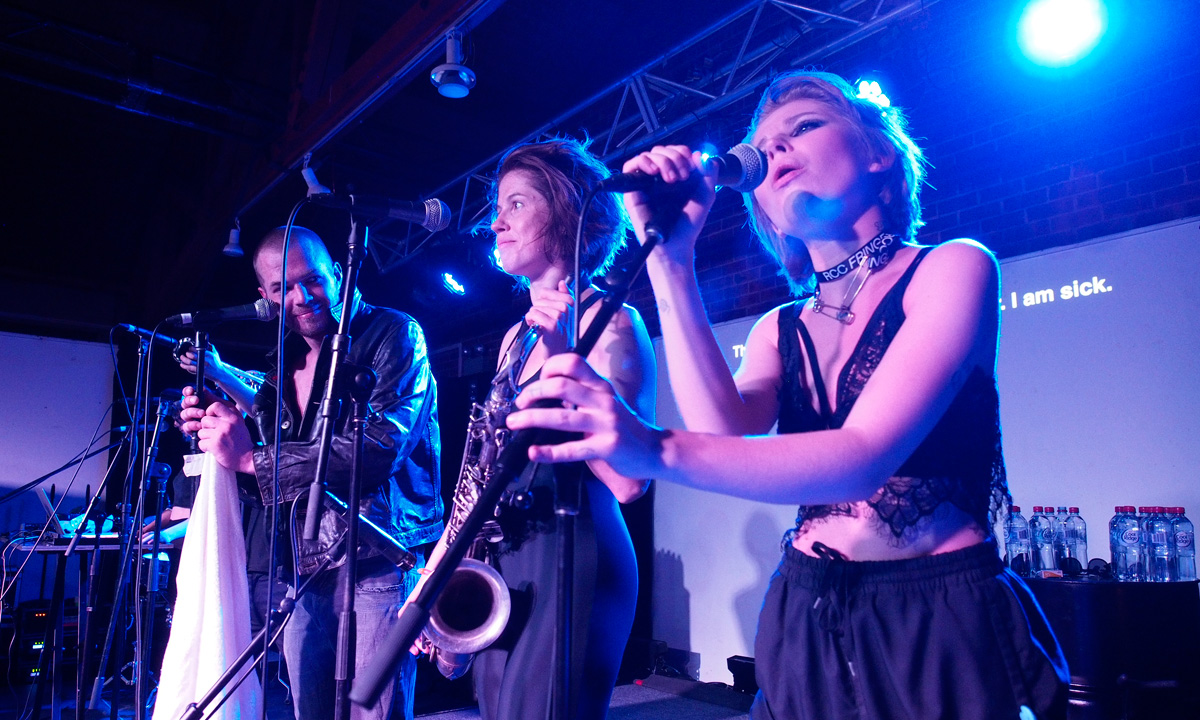 A brief chat with “Masha” after the venue emptied found her still working hard via mobile but not immune to a laugh. The wit of Pussy Riot is ever-present in such slogans as “Pussy not church” and song titles like “Putin has pissed himself”.

The only drawbacks (not enough to shave a star off their rating) are perhaps the speed and low placement of some of the English text, but the subtitles have to match Masha’s pace in her native Russian and more was gained from the performers visually dissolving in and out of the on-screen images.

See Pussy Riot: Riot Days at the Attic @ RCC Fringe from until March 3 and at their live open-air concert along with Yothu Yindi at the Math Lawns on March 7. See more Adelaide Fringe reviews and stories here.