Within seconds the pace increases tenfold, with a live band roaring into a rendition of the Hilltop Hoods’ “The Nosebleed Section” to set the scene for what becomes a supercharged and unpredictable recount of the clown’s first love, marriage and fatherhood.

A series of well-executed acrobatic, physical comedy, dance and musical acts blend together to keep the storyline rolling. Fire extinguisher foam is sprayed across the stage to represent the thrill of first love, while two acrobats weave and thrust their bodies inside a clear plastic tube hanging from the ceiling to signify the passage of semen during sex (yes, you read that correctly).

Fast-forward to fatherhood and a 1950s-style housewife (Helena Bittencourt) attaches the end of a vacuum to her boob to stop her baby from crying; the clown becomes drowned in a sea of red rope, presumably representing the pressures he faces in life. 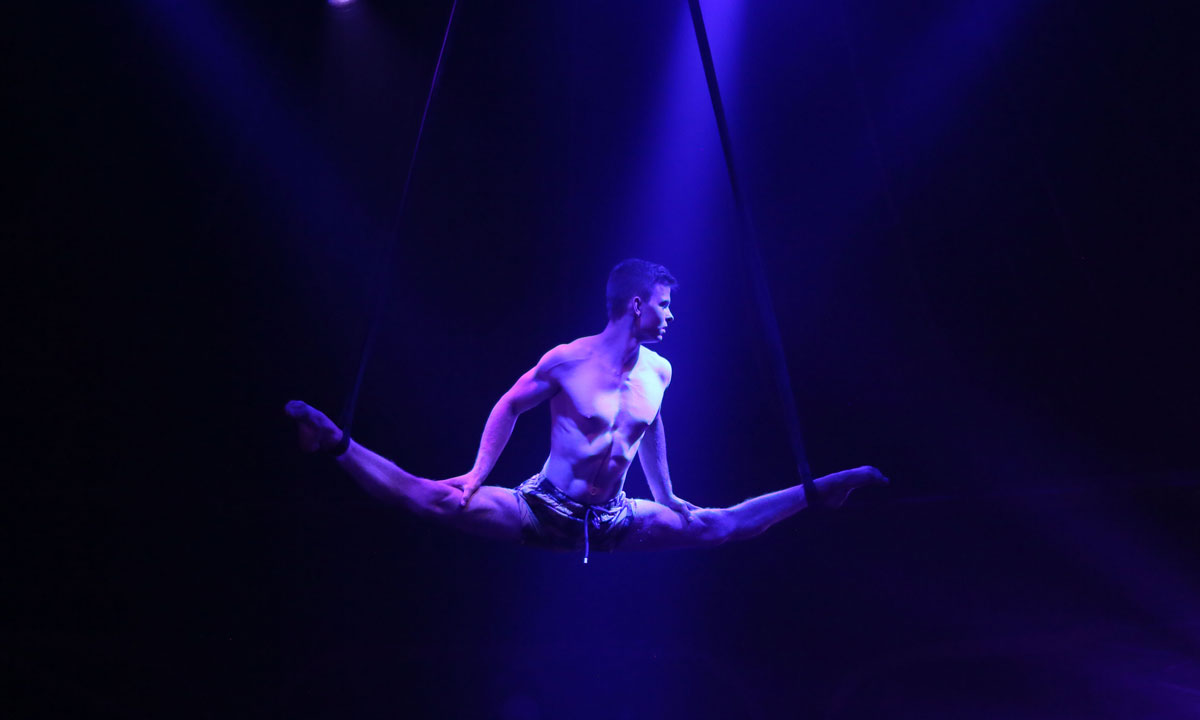 The second half of the show is even more chaotic. While the international cast of aerial acrobats, tap dancers and musicians maintain steam, the storyline drops off. It becomes a sort of free-for-all of impressive performances jumbled together in a confusing but nonetheless entertaining sort of way.

As the show draws to a close, attempts at audience engagement fall flat on the reserved Adelaide crowd. Paint and chalk is flung from the stage (maybe don’t wear your best outfit if you’re planning on sitting near the front) and the clown pours paint on his penis. It all makes for a messy and slightly confusing end to what is definitely an 18+ show.

The creators of Blanc de Blanc and Limbo Unhinged have produced another whirlwind performance that fits the classic Fringe formula: an eruption of unpredictability, eyebrow-raising stunts and theatrical anarchy.

Life – The Show is in the Fortuna Spiegeltent, Garden of Unearthly Delights, until March 17. See more Adelaide Fringe reviews and stories here.