“Dear … Dickhead!” begins Yasmin, reciting an angry email to her ex-boyfriend in which she reveals the news that has turned her life upside down.

Yasmin – just 16 years old and living in the UK seaside town of Scarborough, with no parental support and no chance now of passing her exams – is hurt, confused and right pissed off with Danny, a DJ from a better part of town who has abandoned her in the midst of this maelstrom.

But this isn’t the story of Yasmin and Danny (the Dickhead).

It’s the story of Yasmin and Jack (the Baby). And it’s told with such ferocious energy and raw emotion that audiences will need to strap themselves in to keep up with the rollercoaster ride.

Build a Rocket – the joint winner of Holden Street Theatres’ Edinburgh Fringe Award for 2018 – is a one-woman show, and actress Serena Manteghi is an absolute powerhouse.

She embodies the character of Yasmin with a physical performance that sees her going around in circles – both literally and figuratively – on the sparsely furnished stage. 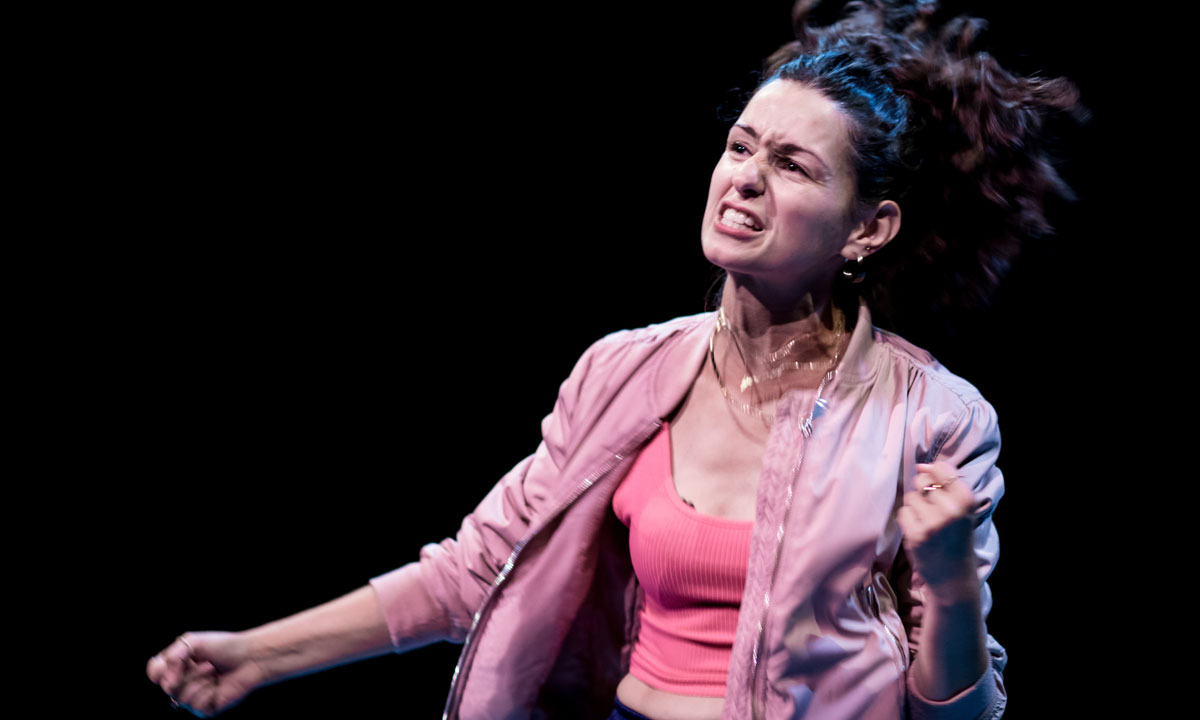 Manteghi tells Yasmin’s story with the unrestrained passion of a teenager, the fierce love of a mother, the confused anguish of a neglected daughter, and with rapidfire changes of tone also gives voice to her doctor, mother, counsellor and girlfriends.

His script, by turns sad, tragic and funny, follows Yasmin from age 16 to 34 and moves at a fast and furious pace – possibly too fast, at times. And, yes, the storyline is a little clichéd, but it’s hard to resist surrendering to the prickly charms of this flawed but loveable and feisty young woman who declares: “I will not be your f∗∗∗ing victim!”

Many audience members will find themselves laughing with Yasmin, crying for her and willing both her and Jack to build their own rocket and fly as close to the sun as they damn well can.

Build a Rocket is being presented at Holden Street Theatres until March 17.