“The experience will involve smell as well as taste as well as feel and touch, so it’s all-immersive. It’s so much fun for us to put this together.”

PitchFork is a joint production by the Adelaide-based ASQ and local food experience presenters Post Dining, with a program of nine short pieces of music by both classical and contemporary composers accompanied by a range of complementary flavours.

There will be three shows (March 5, 6 and 7) with around 40 audience members seated cabaret-style in the foyer of the 130-year old Masonic Lodge (aka Freemasons’ Hall) on North Terrace.

“We’ve always felt that music is one of the senses that combines so well with the sense of taste – even when we think about programs normally, we’re thinking about balancing them for people and what would combine well, just like a chef would, so it seemed like just a natural marriage for these two things to go together,” King tells InDaily.

The ASQ members worked with Post Dining’s Stephanie Daughtry and Hannah Rohrlach to create the program, which begins with the guests being seated to the sounds of Philip Glass’s String Quartet No. 3 Mishima.

“In the beginning we will have something a bit more welcoming or transcendental, if you like… something that just sets the mood in a very different way, and then we will walk the audience through a whole set of different music,” King says.

“It includes a lot of very recent music, from composers such as Bryce Dessner from The National, so he’s a rock musician, to Joe Chindamo, who’s an Italian Australian who’s played a lot of jazz and writes some really jazz-influenced music, and then we go back to Scarlatti, who was the very earliest writer for string quartets back in the late 1600s.” 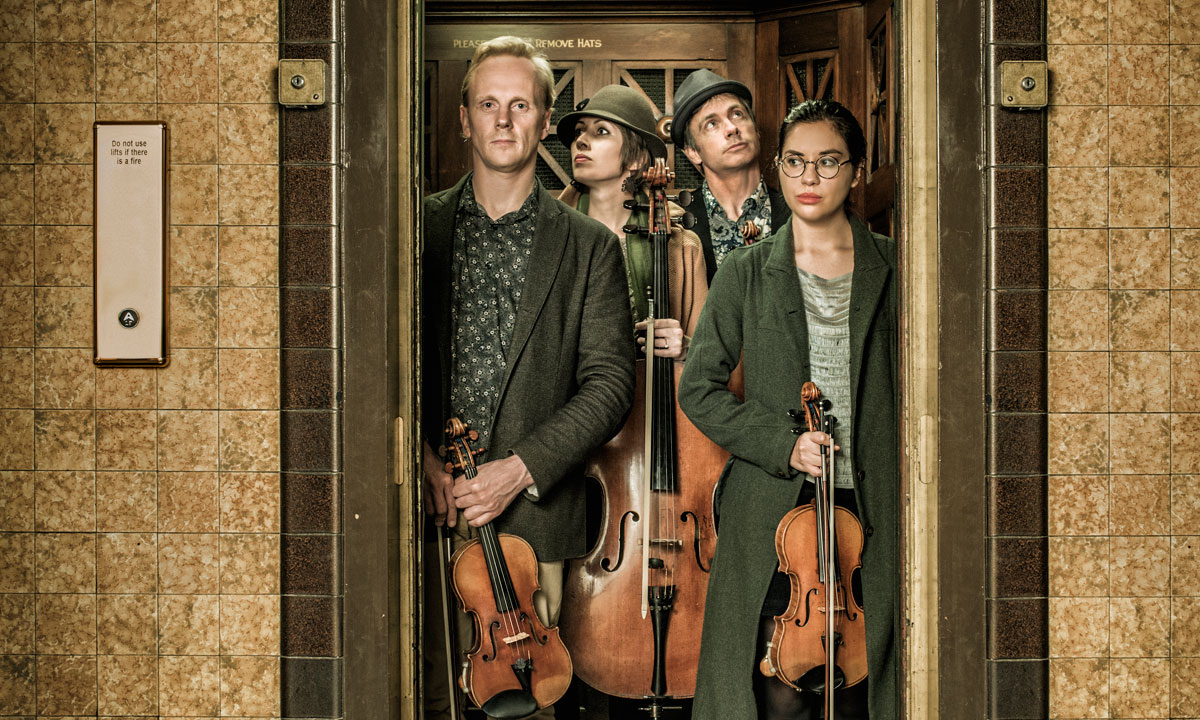 The ASQ is presenting PitchFork as part of its Close Quarters series.

For many of its previous shows, Post Dining has commissioned musicians to create music to go with its food experiences, and Daughtry says they relished the opportunity to take a different approach working with the ASQ’s repertoire.

“I think the classical music works really well with food because it’s very emotional so we’ve had a lot of inspiration to draw from when we’ve been designing food to match that.

“All the pieces they’ve brought to the table are different and unique.”

Aside from the chilli-chocolate-smashing accompanying Shostakovich’s String Quartet No. 10, she hints that there may be pear and aniseed flavours with Schubert’s String Quartet in D Minor Death and the Maiden, and “something a bit earthy and unexpected” incorporating native flavours alongside David Paterson’s Quartetsätze.

The courses are bite-sized – ie don’t expect dinner – and each has an interactive element.

“One of the courses will have cheese, so there is a savoury element, and others will be sweet and playful to bring out that childlike side in our audience,” Daughtry says.

The ASQ, which is presenting PitchFork as part of its Close Quarters series, is excited to be performing for the first time in the Masonic Lodge, King says.

“We just love the space, that it’s different but it’s still right in the heart of the city, and it’s somewhere that many people won’t have been and that also makes it a new experience.”

The Masonic Lodge Adelaide Fringe program is being presented by Gluttony, which has also created a pop-up Green Room cocktail bar in a basement room (read more about that here).

The building has been given a Fringe makeover by Tess Footner (formerly of the Henry Austin) to give it a “loungey, sexy, vintage vibe”, with shows across three spaces that have been named The Phoenix, The Owl and The Little Sparrow, in addition to the foyer area being used for PitchFork.

PitchFork will be in the Masonic Lodge foyer on March 5, 6 and 7.