An energetic blend of Klezmer folk music and theatre, this show from Canada’s 2b theatre company is inspired by the story of playwright Hannah Moscovitch’s great-grandparents, who as Romanian Jews immigrated to Canada in 1908.

Former Adelaide Festival artistic director David Sefton, who has curated this year’s RCC Fringe program, tells InDaily he saw Old Stock at the Edinburgh Fringe two years ago and “completely loved it”. “If Fiddler on the Roof had been written by Tom Waits, this is what it would sound like. It’s a truly great piece of music theatre.”

The New York Times’ theatre critic agreed, describing it as “didactic and anarchic, tragic and comic … a klezmer musical and a love story, a particular family history and a broad allegory for the refugee crisis of the present”. This video clip offers a taster.

At Elder Hall as part of the RCC Fringe, from February 15-23.

If you’ve seen previous Fringe hits such as Blanc de Blanc and Limbo, you’ll have some idea what to expect from this new Spiegeltent circus show combining music, acrobatics, dance and clowning from slick production house Strut & Fret.

“It’s sexy, crazy and fun, but reflective of life, too,” director Scott Maidment says of Life, which promises “an adventure of spectacle and hedonistic theatrical anarchy”.

The cast include Violent Femmes saxophonist Blaise Garza, jazz singer Fantine, clowning duo Goos Meeuwsen and Helena Bittencourt (who have previously performed with Cirque du Soleil) and artists who have appeared in other Fringe shows such as Limbo, Velvet and La Clique.

Life debuted at the Brisbane Festival in September, with this review giving an idea of the kind of mayhem in store when it headlines the Garden of Unearthly Delights program in Rundle Park.

In the Fortuna Spiegeltent, Garden of Unearthly Delights, February 15 – March 17. 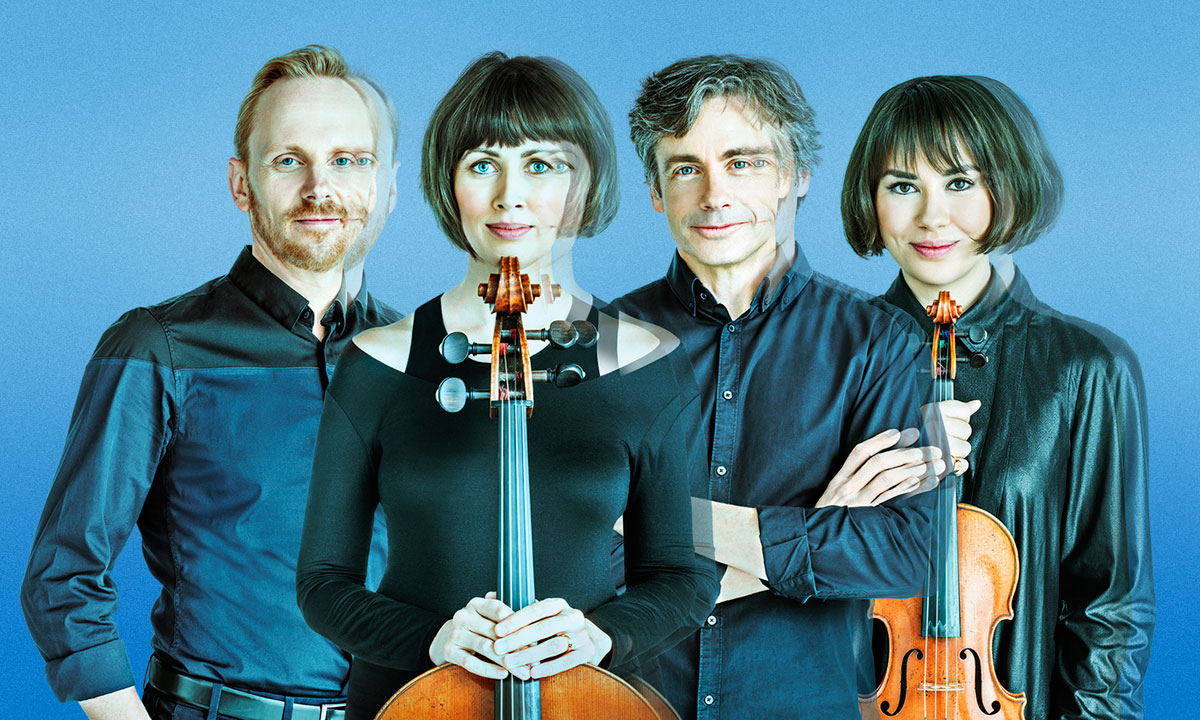 When the Adelaide-based Australian String Quartet gets together with unique food experience folk Post Dining to present an intimate and interactive Fringe show in the historic Masonic Lodge (aka Freemasons’ Hall), the result should be something pretty special.

“The experience will involve smell as well as taste as well as feel and touch, so it’s all-immersive,” ASQ viola player Stephen King tells us.

Audience members (just 40 per show) can expect music by both classic and contemporary composers, each matched with interesting – and surprising – flavours. Keep an eye on InDaily this week for more details.

At Masonic Lodge, as part of the Gluttony program, March 5-7.

Featuring Australia’s only all-Indigenous contemporary circus ensemble, Chasing Smoke uses aerial, dance, sketch comedy and floor-based routines to tell the backstories of its six young performers and explore what it means to grow up as an Indigenous person in modern-day Australia.

“In an age where culture, tradition, land and identity are under threat, Chasing Smoke is the spark that ignites the question ‘Who am I?’ from a collective who has 60,000 years of history to sift through in search of an answer,” says Chasing Smoke director Natano Fa’anana.

The Green Room Award-winning show is brought to Adelaide Fringe by Queensland-based Casus Circus, which produced previous acclaimed shows Driftwood and Knee Deep. This year it is also presenting another physical theatre show, You & I, which seeks to challenge mainstream views of queer culture. (Read InDaily‘s interview with Fa’anana about both shows here.)

At Ukiyo, Gluttony, from February 15 until March 3. 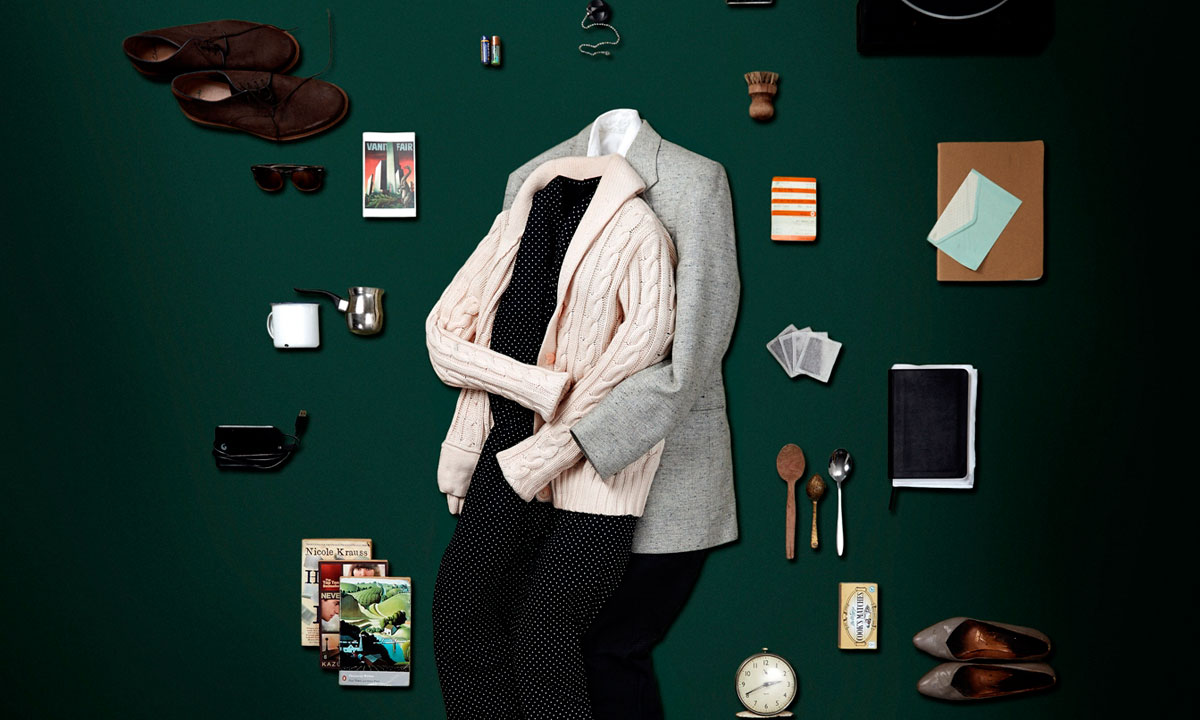 Joint winner of the Holden Street Theatres’ Edinburgh Fringe Award 2018, this monologue is presented by British playwright and actor Molly Taylor, whose engaging one-woman show Love Letters to the Public Transport System was a hit at last year’s Adelaide Fringe.

“My neighbours leave their flat one morning but don’t return. Al and Evie, married 40 years, no kids. I have their spare keys. I cannot resist.” So reads the teaser for Extinguished Things, which sees Taylor look “under the rock of a marriage”.

It received four and five-star reviews in Edinburgh, with British Theatre Guide describing it as “an achingly beautiful piece of theatre”.

“In the unlikely event of a sudden loss of cabin pressure, alternative scenarios will be provided. There are many worlds in which this plane lands safely.” That’s the opening pitch for Flight, the new experience from UK production company Darkfield, which promises to be both unsettling and disorientating.

Like Darkfield’s previous scream-inducing Fringe show Séance, Flight is being presented in a shipping container in the Garden of Unearthly Delights and makes use of binaural sound technology to create a 3D listening experience. However, it delves into the realm of science rather than the supernatural, playing on the audience’s paranoia that their next flight may be their last.

It is, says both the presenters and reviewers, a deeply unsettling yet exhilarating experience. (Read more about Flight in this InDaily story.)

In the Garden of Unearthly Delights from February 15 until March 17.

Adelaide Fringe-goers can enjoy a religious experience of a different kind at this show by “wild anti-consumerist gospel shouters” and “Earth-loving urban activists” Reverend Billy & the Stop Shopping Choir.

Promising cash register exorcisms, retail interventions and cell phone operas, it is being presented at the University of Adelaide’s Bonython Hall by the RCC.

“I attended a ‘service’ of the Church of Stop Shopping five years ago in New York and was an instant fan,” says the RCC’s David Sefton. “Billy is the real deal – a genuine activist but also an OBIE-winning artist – the performances are both relevant and hugely entertaining – proving beyond any doubt that it’s possible to be both.” 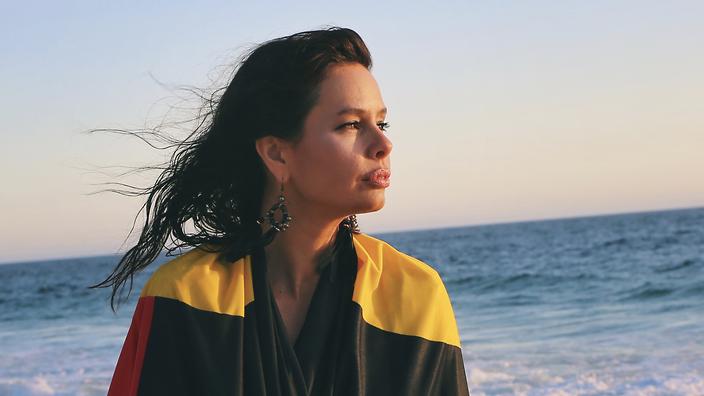 Winner of two tour-ready awards at Melbourne Fringe, Matriarch is a powerful one-woman performance by Sandy Greenwood which pays homage to her mother, grandmother and great-grandmother, exploring issues such as cultural identity and inter-generational trauma.

“Matriarch explores the themes of the inter-generational effects of the stolen generation, looking at four generations of Gumbaynggirr women from the 1940s to the present day,” Greenwood, who has previously performed with a number of top Australian theatre companies, told NITV in an interview last year.

A Fairfax review of the performance in Melbourne praised her gift for channelling the women who came before her – “their lived experinece will haunt you, as it has haunted Greenwood”.

At The Third Space, Live From Tandanya, February 21 until March 3.

Gluttony’s Daniel Michael predicts Finale, which will have its Australian premiere in the Rymill Park hub, will be one of the must-see shows of the Fringe: “It is a German circus show, performing tricks in ways Adelaide audiences have never seen before.”

It pays “brazen tribute” to presenter Analog the Company’s home city of Berlin, with founder Florian Zumkehr saying the eight performers don’t play fictional characters on stage but appear as themselves in an “entirely raw and naive” performance.

Audiences can expect a wild show incorporating live music, slapstick, acrobatics and atmospheric lighting. “And in the spirit of the show, the audience is invited to feel like a part of it – their reactions spur the performers on to ever more incredible acts. Thus the show becomes a thrilling, collective circus experience, ending with a drink under the disco ball when the evening goes from show to party.”

At The Peacock, Gluttony, February 15 until March 17. 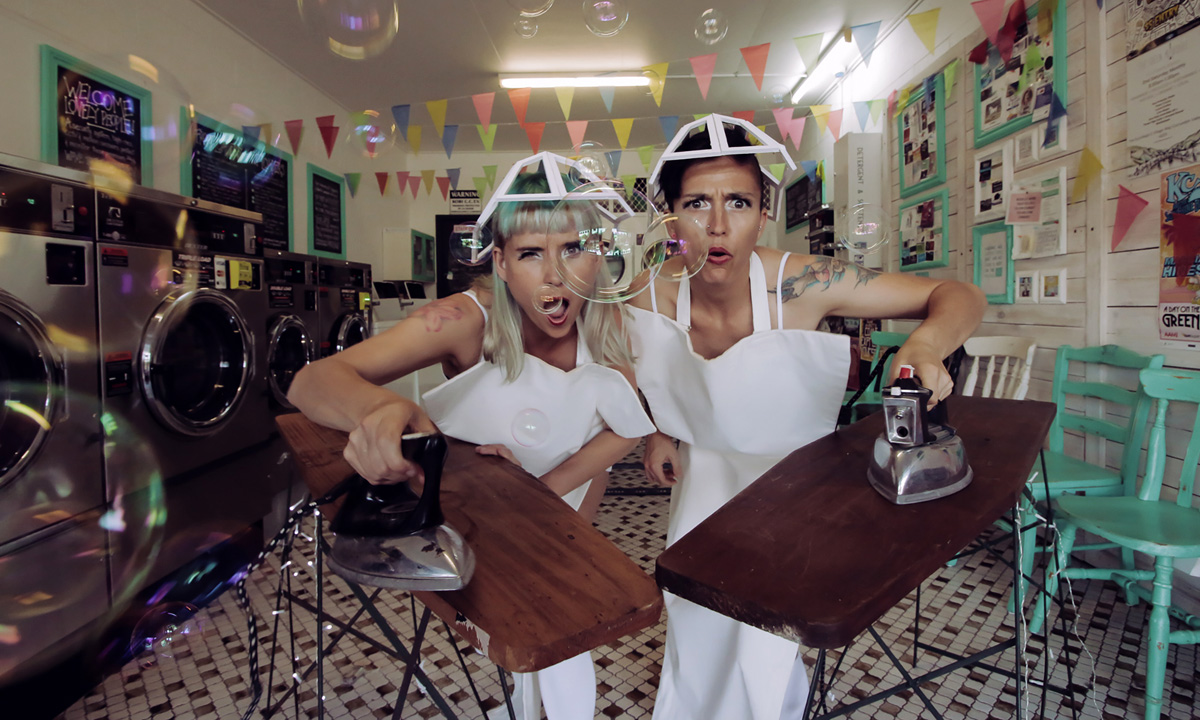 This show is so far out of the box it’s in a laundromat.

Patty Preece and Melania Jack are The Ironing Maidens, a NSW-based electronic duo who use irons and ironing boards as instruments to create a show they say is “a mix of music, visuals, costumes, lighting, dancing, heaps of energy and plenty of ironing puns”.

The project was inspired partly by the work of British electronic music pioneer Daphne Oram. They also take a tongue-in-cheek look at the history of domestic labour, with their recent EP using samples from 1950s adds aimed at “housewives”.

“We wanted to dissect these topics and discuss them in a way that is clear and direct, but at the same time humorous, musically credible and totally danceable,” says singer/ songwriter Jack.

At Melbourne Street Laundromat in North Adelaide, February 15 and 16.