With just light, water and air at his disposal, Swiss artist Dan Acher will bring his Northern Lights simulation Borealis to the Adelaide Fringe’s Parade of Light along North Terrace.

The colourful sky projections are created using high-power lasers that shine beams of light onto particle clouds invisible to the naked eye.

“It keeps changing all the time because of the wind and humidity and so you have people spending half an hour, an hour, even more just standing there looking up to the sky,” Acher tells InDaily.

“It takes us back to something that’s really deep-rooted in us about when we were children looking at nature.”

Festival-goers will be able to see Acher’s light installation from 8.30pm tonight, with the “Switching On of the Parade of Light” to mark the beginning of the 2018 Fringe Festival.

Borealis will be projected from the square outside the State Library and will complement the architectural light projections along North Terrace’s heritage building promenade – including a  digital adaptation of artist Lindy Lee’s sculpture The Life of Stars on the Art Gallery of SA and a tribute to suffrigist Muriel Matters on the Mitchell Building.

The projections, which will illuminate the boulevard every night from 8.30pm until midnight throughout Fringe, are accompanied by an original electronic soundtrack by Swiss music producer OXSA.

“It’s really an emotional experience and it’s very touching for me to see people react so strongly to the show,” Acher says of Borealis.

After a successful debut in Switzerland in 2016, and a show in Japan in December, he is hopeful the Adelaide crowd will react positively to his projection.

“Borealis is all about how we can get the people from a city together as one.

“I think this is really related to the [Fringe] festival, especially since the lights will open the festival.” 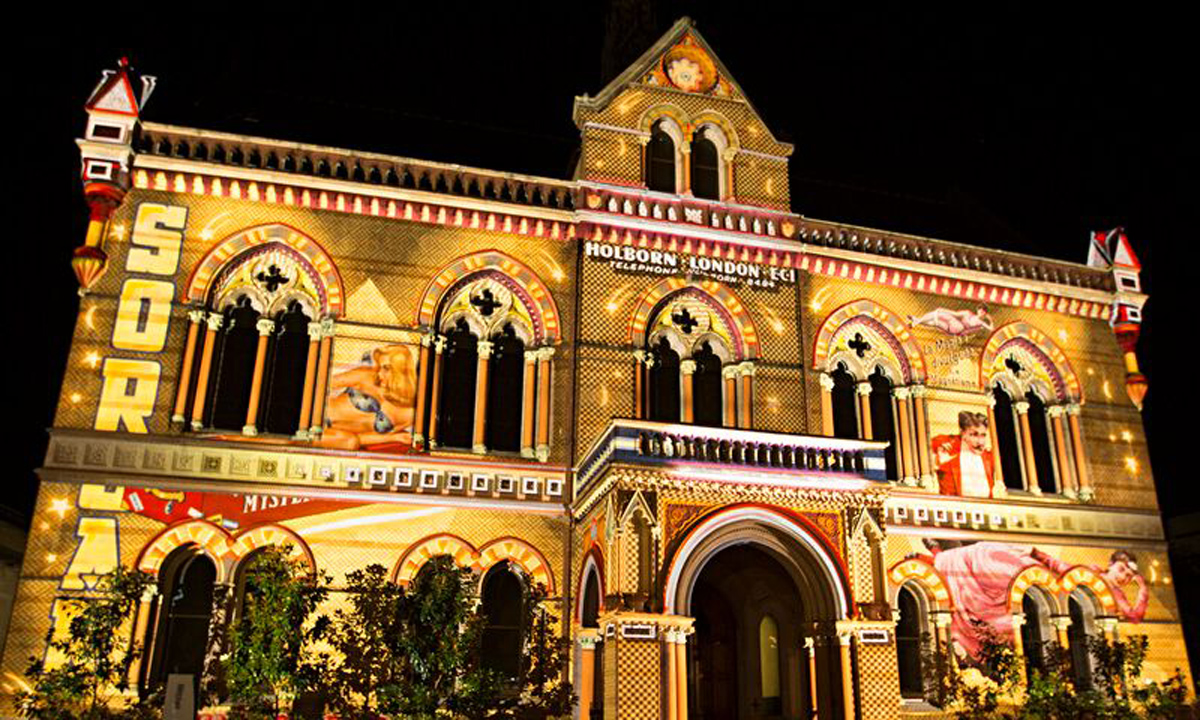 The Parade of Light projection on the University of Adelaide’s Mitchell Building. Photo: Supplied

Tonight’s opening will also include the annual street party along North Terrace from 5pm until 10pm, with live music across six performances spaces, roving performances and night-market food stalls.

The festival will be officially opened at a sunset ceremony recognising the living culture of Australia’s First Nations people from 8pm at the SA Museum.

The 2018 Adelaide Fringe features 1223 events across 442 venues from February 16 to March 18. See all InDaily’s Fringe stories and reviews here.

Dan Acher will give a Hawke Centre talk titled “Bringing the Human Back to the City”, on February 20 (details here).