Winner of last year’s Best of Edinburgh Fringe award, Borders is a dramatic vignette that challenges preconceived notions of the Syrian refugee crisis and the Western media’s response (or lack of response) to it.

The play centres on the parallel worlds of two artists in two very different situations: one is a western paparazzi photographer, and the other is a Syrian graffiti artist. Their worlds collide in what Naylor describes as a “shocking denouement”.

“It was a bit of an experiment, really,” he tells InDaily.

“I’ve combined the two elements of my work in this one – the satire and comedy with the tragedy.”

Naylor’s two-woman play Echoes earned five-star reviews at the 2016 Adelaide Fringe, and his political drama Angel – a solo play based on the true story of a crackshot sniper during the siege of Kobane in Syria – was a hit at last year’s festival.

“We had a lot of Kurdish people in to see the show and they kind of adopted it; they loved it,” he says. “Some of them became friends of ours.

“There was a wonderful couple who were both refugees and one of the couple worked helping refugees coming to Australia. Some of the experiences she was describing just weren’t getting in the press at all.

Much of Naylor’s work centres on the Middle Eastern crisis and the impacts of war on the everyday person. A spontaneous trip to Afghanistan a few years ago inspired the playwright to use his plays to inform Western audiences of the atrocities in the Middle East.

“I once saw this report on Afghanistan where a journalist got blown off his chair live on air. The cameraman ran to check if he was okay and it was then that I realised the cameraman was my old flatmate.

“I phoned him after the war and I said, ‘Look, I’ve been writing all this stuff about war and there seems to be a disparity between what we’re seeing on TV and what is actually happening on the ground’, and he said, ‘Well just come out to Afghanistan’.”

Naylor says the “life-changing experience” continues to influence his work as a playwright.

“We were in the ruins of a war-torn city with refugee camps, and lots of people had been subjected to Taliban rule.

“Because of this personal experience, it’s my duty as an artist to try and bring some of that inside to an audience, to try and bridge that gap between news and theatre and comedy.” 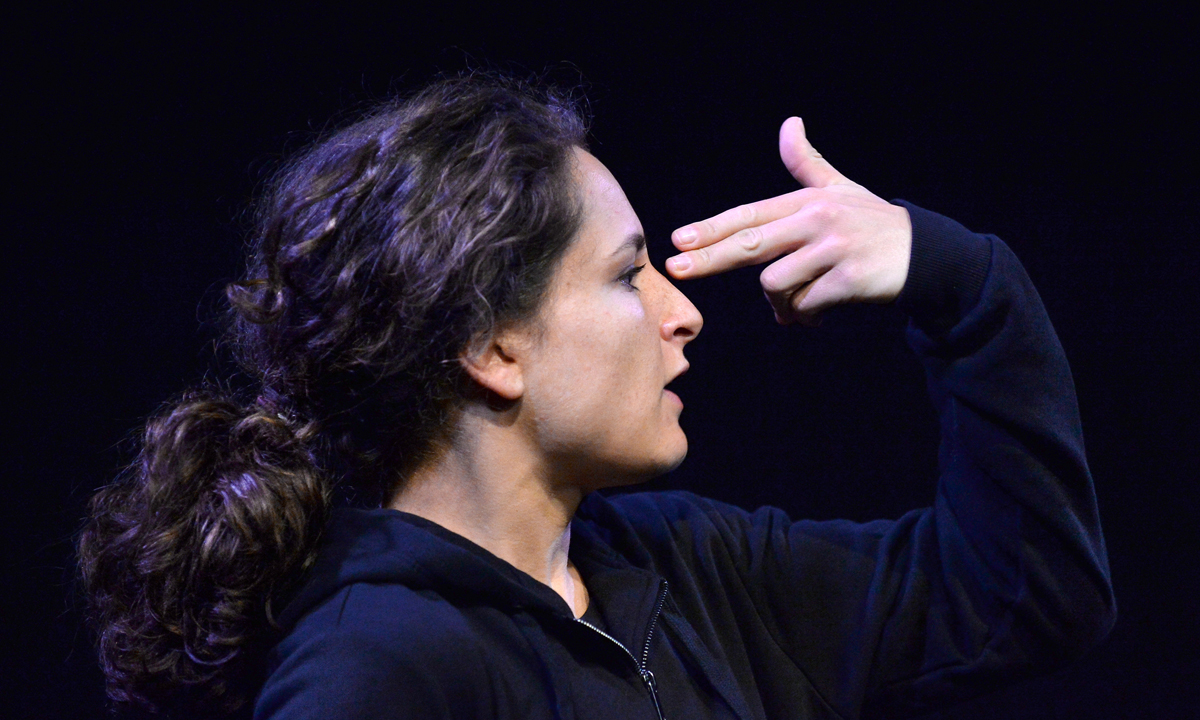 After a 20-year-long career as a satirist, Naylor is known for twisting comedy into his more serious works, and Borders is no exception.

“The satire is attacking Western values. It’s attacking us for praising the celebrity type of news coverage, giving that a priority over the suffering of billions,” Naylor says.

“Graham O’Mara, who plays the paparazzi photographer, has a wonderful ability to deliver the comedic lines like a stand-up, and at the same time completely play on the heartstrings.”

Like Angel, Borders has a minimalist scenography, with the production reduced to two actors and a couple of stools.

Naylor describes this approach as a style “born partly out of necessity, part out of artistic choice”, which allows the actors to carry the show on stage.

“I think the essentials are really good direction, good script, and good acting.

“If you stick to those three basics you should be able to create a world without needing to buy sets and props.”

Asked what he wants audiences to remember most from the performance, Naylor says he hopes the play will expose what the mainstream media ignores.

“What I’m hoping to show is what it’s like being on the frontline in that situation.

“The feedback I’ve been receiving has said I’ve been doing quite well at this, so I’m quite pleased about that.”

Borders by Henry Naylor will be performed at The Studio at Holden Street Theatres from February 13 to March 18 as part of the Adelaide Fringe.