In launching the full 2018 program, Adelaide Fringe director and CEO Heather Croall said it was “more inclusive than ever before” and showcased an amazing level of diversity.

“Next year’s Fringe boasts a smorgasbord of unique experiences in unexpected places – from sipping tea with grandma in a caravan to a séance in a shipping container and speed dating on a ferris wheel.

“The festival is also full of shows that address issues such as mental health, disability and gender politics, and tell inspiring stories from artists who bravely put themselves in front of our festival audiences.”

The number of events is slightly up on last year’s 1160.

The 2018 Fringe will open on February 16 with a street party and the switching on of the previously announced Parade of Light, which will see colourful light projections on buildings along both sides of North Terrace that continue nightly until the festival closes on March 18.

Among the 442 spaces hosting shows and events will be 144 new venues – including the National Wine Centre, Plant 4 Bowden and Raj House (the headquarters of Feast Festival) –  with Kangaroo Island joining the regional hubs for the first time.

The Gluttony hub in Rymill Park will expand further next year, and as reported yesterday, the Royal Croquet Club will return to Pinky Flat.

A number of the popular and award-winning shows from this year will be back in 2018, including British theatre production We Live by the Sea, Adelaide playwright Emily Steel’s poolside theatre show 19 Weeks, cabaret-circus spectacular Blanc de Blanc, The 360 Allstars, Sammy J: Hero Complex, cabaret artist Reuben Kaye, the Soweto Gospel Choir and Cirque Africa. 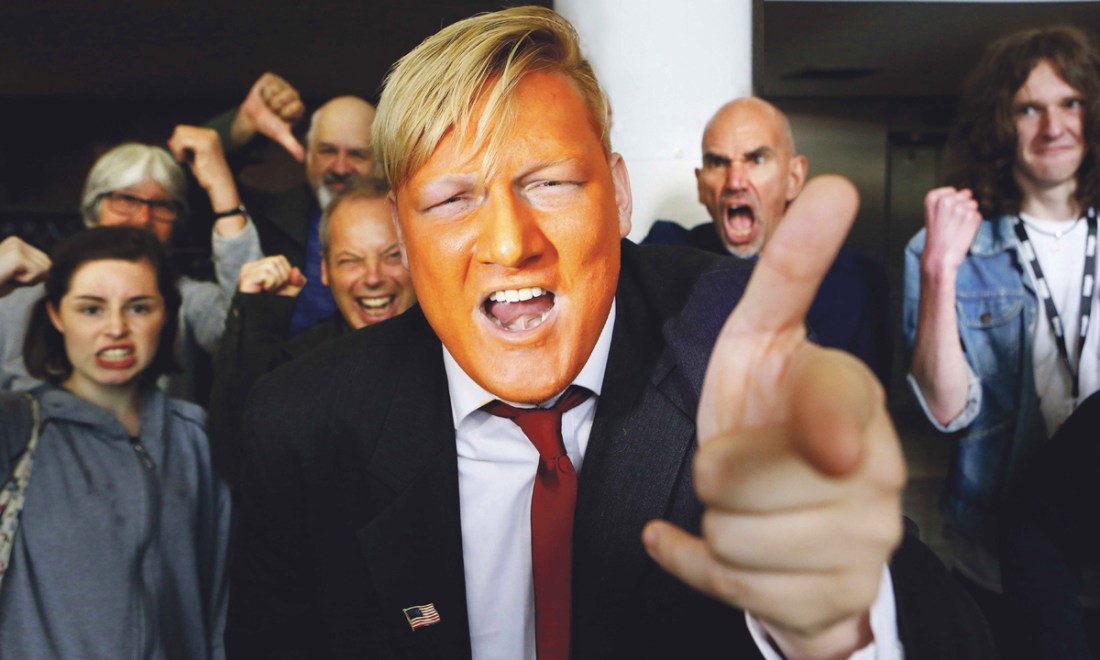 Highlights among the new shows for 2018 include:

Fun House (Garden of Unearthly Delights): A new production from Strut and Fret (the makers of Limbo, Blanc de Blanc and Cantina) that begins with a swinging trapeze act outside the venue and ends with a “fun-house-style theme park”.

Tabarnak (Gluttony): “A rock-musical, a celebration of Heaven and Hell and everything in between”, from Canadian performance troupe Cirque Alfonse, who presented 2016-17 Fringe show Barbu.

By a Thread (Gluttony): “Seven acrobats and 30 metres of rope” – a performance by Melbourne-based ensemble One Fell Swoop Circus that explores the relationship between trust and play.

Séance (Garden of Unearthly Delights): An immersive theatrical experience that takes place in complete darkness in a purpose-built shipping container.

Trumpageddon (Garden): Satirist Simon Jay takes on the role of Donald Trump in this Edinburgh Fringe hit show which invites audience members to ask their own questions of the leader of the free world. 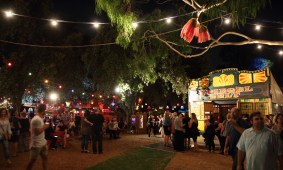 Gluttony set for another growth spurt

Borders by Henry Naylor (Holden Street): A new play by award-winning UK playwright Naylor (Angel, Echoes) that promises to “challenge preconceived notions of the Syrian refugee crisis and Western responses (or lack of) to it” while also exploring the different forms of art.