For the past five years, the organisation has been based in the landmark building known as Darling House, set among established grounds at 64 Fullarton Road.

Adelaide Fringe director and CEO Heather Croall says the move this week to new digs at 136 Frome Street was prompted mainly by a desire to be back in the city.

“When we were at the house it was brilliant. It’s a big old Addams Family house … but there were a lot of things we felt we were missing not being in the city.

“When we have an office in the city, it means artists pop in more regularly and we can go and visit venues more easily. It makes us feel a bit more connected.”

The new space is about half the size of the 800sqm Fullarton Road building, but because it is in the city the rental is the same.

Croall says in that addition to location, it also offers advantages in terms of the modern office layout and reliable connectivity.

Fringe has a year-round staff of 25. This expands to more than 100 during the peak festival season, but many of the extra seasonal employees are based outside the main office.

The organisation has moved between a number of different offices in recent decades, including at the Lion Arts Centre, and in Rundle and Hindley Streets.

When it first moved to Fullarton Road, Croall’s predecessor Greg Clarke had voiced the idea of letting Fringe artists make use of some of its excess rooms, including in several outbuildings, but this never eventuated.

“There are plenty of other places with communal spaces for artists,” Croall says. “We’re focussed on making sure we create the best Fringe we can for artists.” 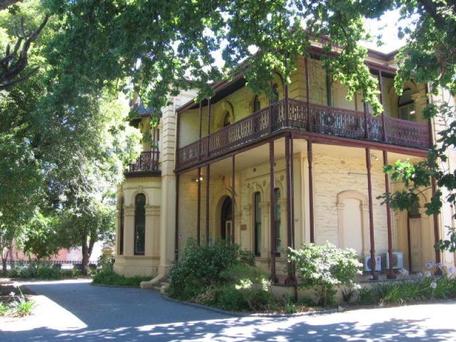