Adelaide Fringe director Heather Croall says strong programming over the past decade in a number of Fringe venues – including at Holden Street Theatres – has helped bring serious theatre to the forefront of the festival program.

“There’s a fair few shows this year looking at this anti-immigration rhetoric that’s around, refugee issues, sexuality, race, homelessness, addiction … all these things that are on our front pages in the news.

“They’ve always been addressed in theatre, but I think they are more and more now.

“There’s a real level of the Fringe, a whole tier, that is all about brain food and a night out with something to think about afterwards.”

Holden Street Theatres presents an annual award at the Edinburgh Fringe and artistic director Martha Lott says there has been a noticeable trend towards theatre works that present personal journeys.

Two of the Hindmarsh venue’s 2016 Adelaide Fringe shows – Labels and A Gambler’s Guide to Dying, both of which were presented with Holden Street awards in Edinburgh in 2015 – fit into this category.

“There’s reflection and a querying about what kind of world they [the performers] are moving into,” Lott says.

“Definitely this year people are really questioning where they have come form and where they are going.

“We’ve also got two shows that look at migration and the way that we treat people … asking if things really have changed from the past.” 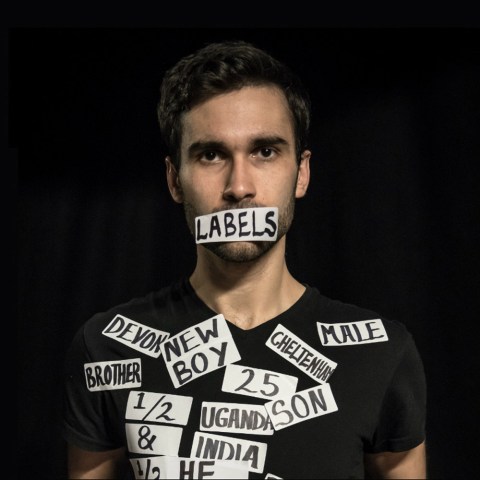 In Echoes, UK writer and satirist Henry Naylor (Spitting Image) draws a parallel between a modern-day British Jihadi bride and a Victorian colonialist wife, offering audiences an understanding of the lives and motivations of both women.

Labels sees writer and performer Joe Sellman-Leava, also from the UK, drawing on his own mixed-race heritage to explore issues of racism, immigration and displacement. It looks at the rise of far-Right parties in Britain and how countries across the world are dealing with migration issues.

“It also challenges the way that we label people just to manage our own fear and prejudices,” says Lott.

She describes the play as both funny and powerful.

“I try to present work that will make people think, but allow them to make up their own minds in the end.”

Another play exploring the issue of immigration is South Australian Youth Arts Theatre Company’s Beautiful Words, to be performed by a cast of 27 young actors at the Goodwood Institute. It is described as a heart-rending portrayal of the experience of refugees which explores themes of alienation and belonging, and will be accompanied by an exhibition of artwork and poetry created by teenage recent arrivals in South Australia from places such as Iran, the Congo, Afghanistan and Nigeria. 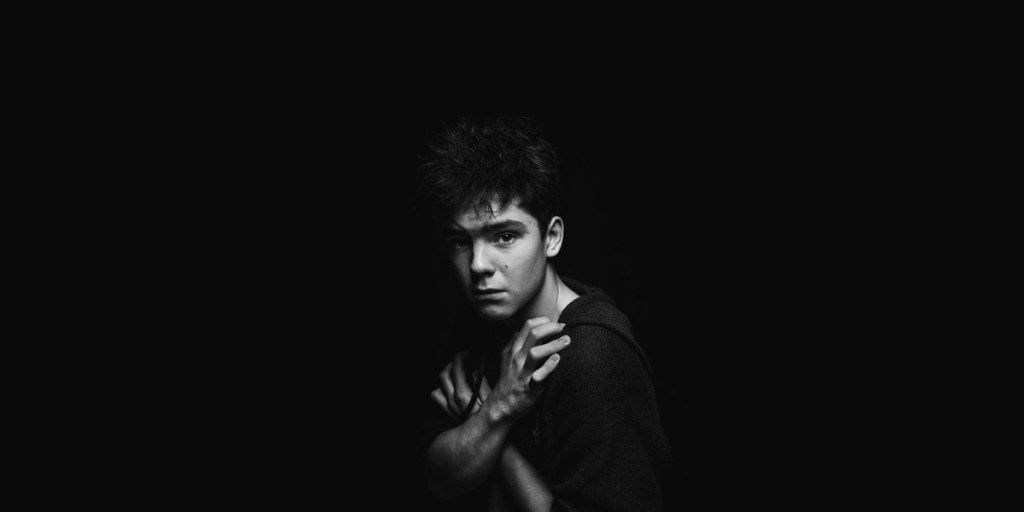 While theatre may be the most obvious place for exploring issues of social change, Heather Croall says Fringe-goers will also find thought-provoking shows in other genres, including film, comedy and performance art.

Ka-Ching, a documentary investigating the addictive nature of the pokies in Australia, and Iboga Nights, about the African psychedelic plant root iboga, will both be screened at Palace Nova as part of the festival.

Company Here and Now will present a physical theatre show at Tandanya called Perhaps There is Hope Yet, which promises an entertaining yet gritty exploration of global climate change and the harm it is causing to the environment.

“It’s a stunning acrobatic show and it’s about climate change,” Croall says of the show, winner of the Best Original New Circus Award at the 2015 Melbourne Fringe.

“It’s a beautiful piece. It’s really meditative but the tricks and acrobatic work is really amazing.” 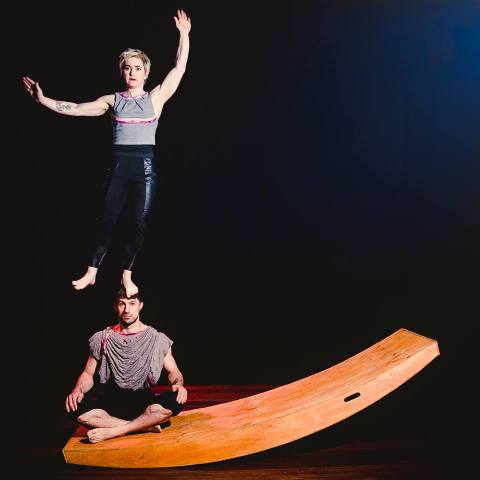 Perhaps There is Hope Yet.

Also at Tandanya, then later in Port August as part of Desert Fringe, will be HART, a verbatim-theatre work produced by She Said Theatre which gives voice to the harrowing experiences – and also the resilience – of members of Australia’s Stolen Generation.

Fringe audiences will find many shows both telling the stories of strong women, including historical characters, and highlighting issues of concern to contemporary women. Among the latter is performer, writer and former television journalist Juliette Burton’s “docu-comedy” Look at Me (Gluttony), which uses humour to raise awareness of body image and mental health issues.

Burton worked with organisations including facial disfigurement and eating disorder charities, as well as a Muslim women’s association, during her research for the show, which features original music and interviews with people ranging from cancer patients to girls who self-harm. 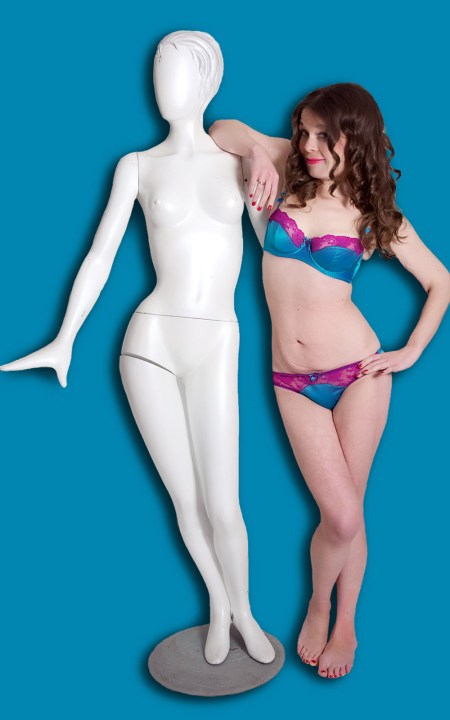 Juliette Burton: Look at Me

Croall says artists understand that creative work can have a social impact and create change.

“That’s the force driving this.

“People are finding you can address serious issues with some humour and good scriptwriting to create really engaging stories that make people think about issues long after the show.”

Gender Spanner (Gluttony): Melbourne performance artist Jessica McKeirle’s show looks at labels and is inspired by her own exploration of gender fluidity. Using costumes, a ukulele and spinning plates, she seeks to challenge gender stereotypes and society’s idea of what constitutes “normal”.

Just Let the Wind Untie My Perfumed Hair (Queen’s Theatre): History, feminism and religion all combine in this intriguingly titled one-woman show at the historic Queens Theatre. It tells the story of Tahirih, a Persian poet executed in 1852 and described as the “first women’s suffrage martyr”.

This Storm (Tuxedo Cat): A series of three short plays by Adelaide emerging playwright Ben Brooker which ask the “big questions” about where technology, democracy and human relationships are headed in the 21st century.

Slut: The Play (German Club): Five young Australian actresses challenge double standards regarding sexuality and scapegoating and how they effect female power in a show described as “by turns heartbreaking and hilarious”.

Naked Ladies (Tuxedo Cat): A “feminist solo show” combining performance art and storytelling looking at the nature of the female body and how it is both stigmatised and celebrated.

Not a Very Good Story (Bakehouse Theatre): Inspired by the cancer cluster at the ABC studios in Toowong, Queensland, this one-woman show is written and performed by May Jasper.

Assent – Digital Playground (State Library): The Fringe’s free Digital Playground runs throughout the festival and will showcase a number of virtual-reality works. Among them is Melbourne-based creative Oscar Raby’s documentary Assent, which puts the viewer in the footsteps of his father, who was a 22-year-old officer in the Chilean military during the time of the Caravan of Death in Chile in the 1970s.

Prince Pipsqueak (Holden Street Theatres): A children’s show described as a modern fairytale which explores gender stereotypes and the pressure young boys face to meet society’s standards of masculinity. It will be presented by SA collective Gumption Theatre Company.

The Element in the Room: A Radioactive Musical Comedy About the Death and Life of Marie Curie (Holden Street Theatres): After channelling Charles Darwin and Albert Einstein in previous Fringe shows, this year John Hinton indulges in a spot of cross-dressing as “queen of radioactivity” Marie Curie in a musical comedy that promises to be a treat for “nerds and newcomers alike”.