In announcing the appointment this morning, Adelaide Festival chair Judy Potter described Mackenzie as “a powerhouse of the British and European festival and arts communities”.

Potter said the Festival was “very excited” about what Mackenzie will bring to Adelaide.

“She clearly recognises the strong connections we have with similar festivals in Europe, and she is not afraid to push the boundaries in reaching out to a younger demographic while appealing to our existing, fiercely loyal audience.”

Healy and Armfield were appointed joint artistic directors of the Adelaide Festival in 2015 and have had their contracts extended twice since then. Their sixth and most recent Festival, which closed on the weekend, drew a total audience of 227,404 across all events, with many sold-out performances and total box office takings of $4.9 million.

The pair’s tenure was due to end with the 2023 Festival. However, it was announced today that the transition to a new artistic director will occur earlier than planned, with Mackenzie taking over for the 2023 event, as well as programming the 2024, 2025 and 2026 festivals.

“It has been the great privilege of our lives to lead the artistic direction of the Adelaide Festival over the last seven years and we could not be more delighted with the response to the 2022 Festival,” Healy and Armfield said in a statement.

“However, with 80 per cent of the major events scheduled for the 2023 Adelaide Festival either confirmed or well advanced [partly due to the reserve of shows that couldn’t be programmed in the past two years due to the pandemic], we both realised it’s now possible to take a step back from the unrelenting intensity of both COVID pressures and Festival programming.

“There are new opportunities that have arisen for both of us in this transition period, while simultaneously providing the new artistic and executive leadership the time and space to set their own path.” 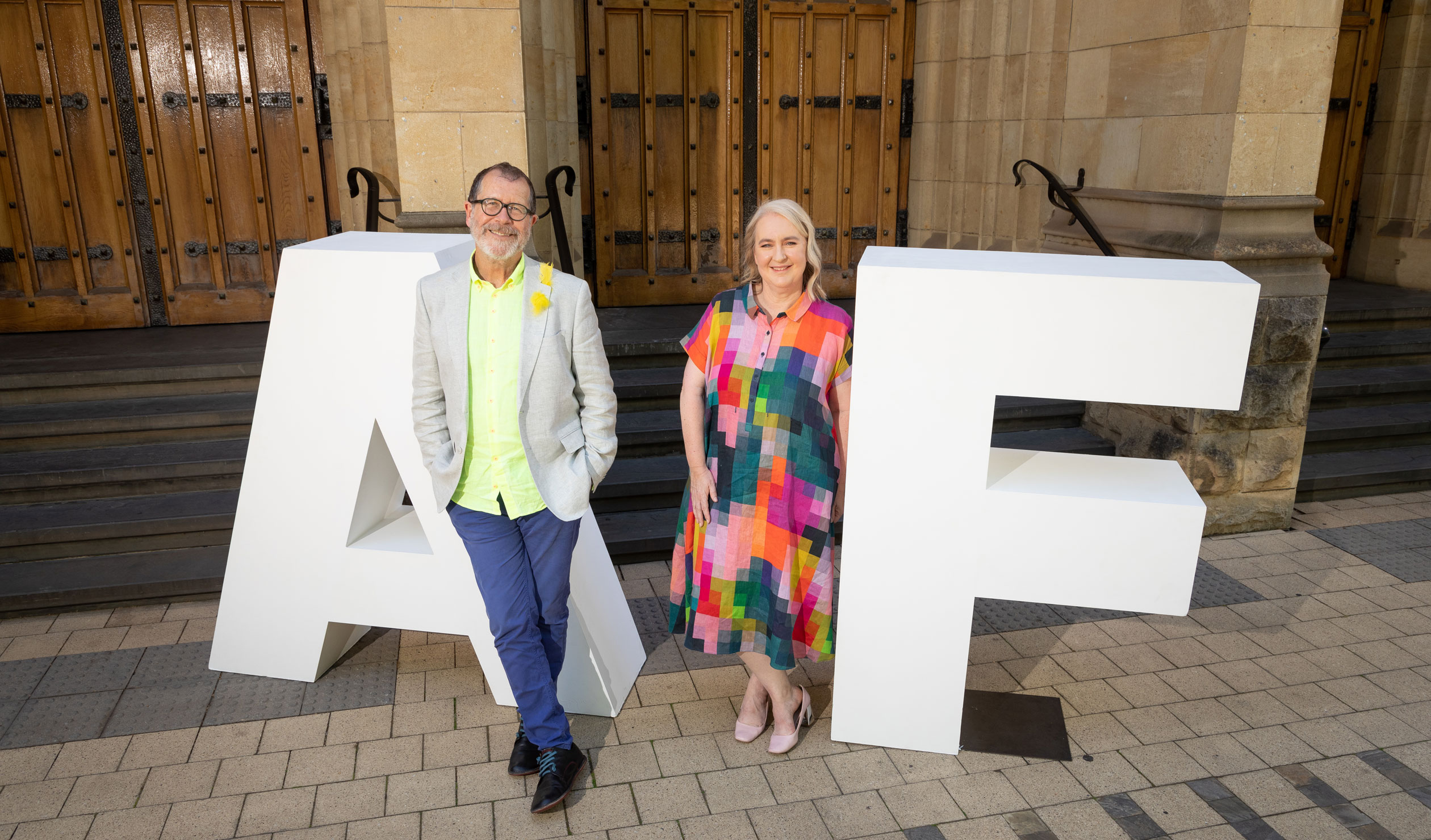 Earlier this year it was announced that Kath M Mainland (most recently executive director and co-CEO of Melbourne’s RISING Festival) would join the Adelaide Festival as chief executive in April following the departure last November of Elaine Chia.

The Festival said today that Mackenzie will start in the artistic director role in mid-2022, “subject to obtaining a Commonwealth Government approved visa”. The departing artistic directors have said they are committed to working with the new team to “bed down” the 2023 program, “which will be a mighty celebration of incredible local and global creativity”.

Despite the immense challenges posed by the pandemic over the past couple of years, Healy and Armfield have managed to maintain their record of presenting Festivals that resonate with both audiences and critics. According to AF figures, box office results have increased more than 100 per cent over the period of their tenure, with attendances rising by 54 per cent and sponsorship up 34 per cent.

In paying tribute to their leadership, Potter said they had “placed Adelaide Festival on a secure artistic and financial footing, which will enable a new team to build on their legacy”.

Mackenzie said although she has just been working in London with the city’s Mayor on the Let’s Do London campaign, her heart is now in Adelaide and she can’t wait to get here.

“I have always admired enormously the Adelaide Festival. It has been brilliant at introducing outstanding talent who have grown into world stars, and this surely must continue to be a central strength.”