This satisfying concert marked the 40th anniversary of Icehouse’s iconic song “Great Southern Land”. It is giddying to realise just how many hits they actually had, and the Australian band performed 16 of them at Adelaide Oval’s Village Green. There were no self-indulgent B-sides or obscure tracks from new albums.

Aptly, for such a celebration of Australia, the support act was Indigenous singer Emily Wurramara. She was followed by composer and yidaki (didgeridoo) player William Barton, who displayed his mastery of the instrument by playing it and electric guitar at the same time.

Icehouse’s opening number was (drum roll) “Icehouse”. By the second song, “Walls”, lead singer Iva Davies had the audience clapping along, and he was in fine voice. Next was a slightly tougher version of the catchy pop tune “Electric Blue”. Vibrant coloured lights and arresting video footage helped to energise the crowd.

With “Street Café”, the original 1982 music video (directed by Russell Mulcahy, who also directed many Duran Duran videos) played on the big screen behind the stage. Impressively, Davies managed to time his live singing to match his singing in this video clip and in the several other original clips screened as Icehouse performed. 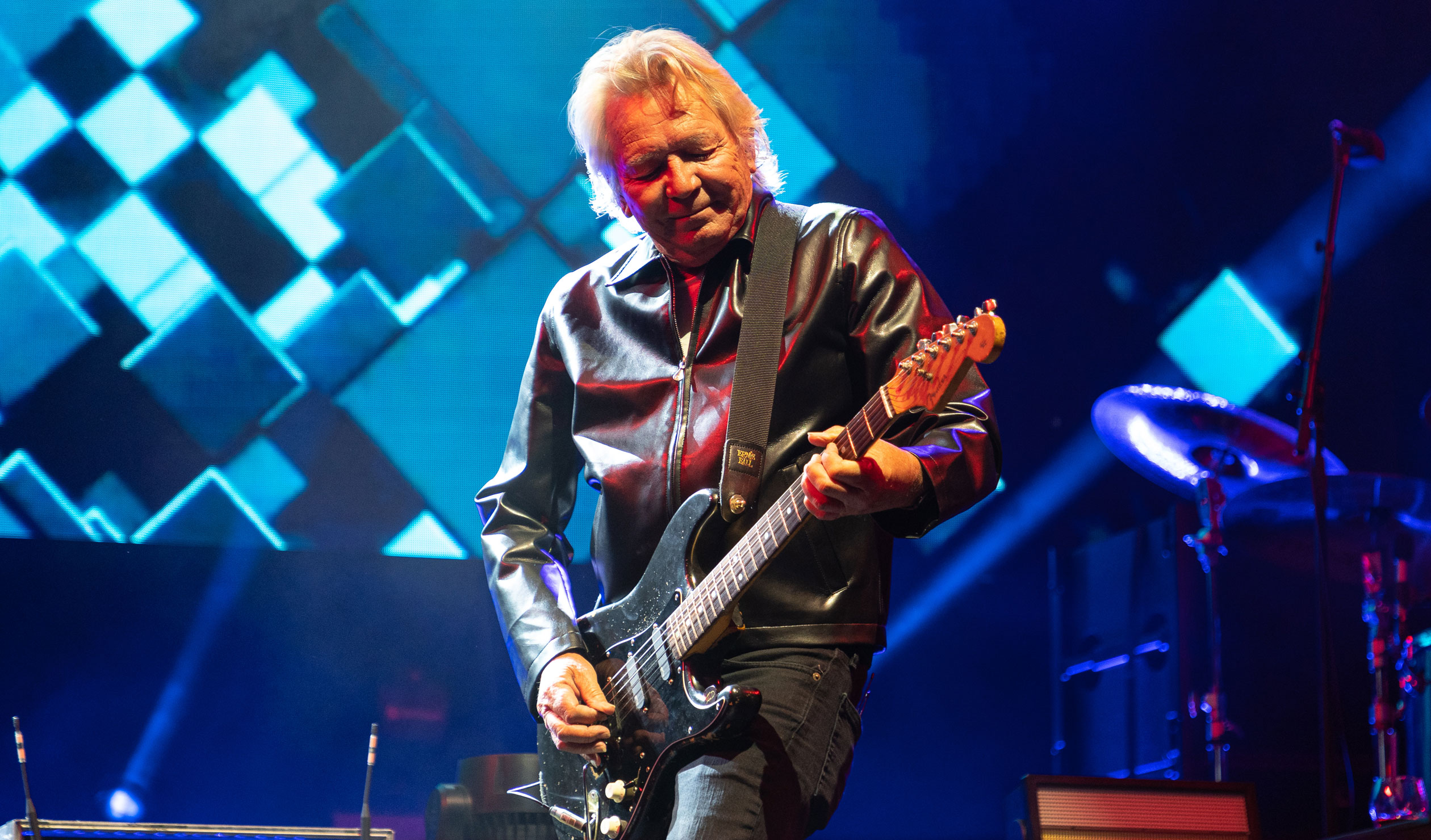 After “No Promises”, Davies noticed a pedalboard issue and told a roadie to fix it “quick sticks”. For five minutes while this happened, Davies and veteran Icehouse guitarist Paul Gildea had to ad lib. Both held their own, and Gildea emerged as a natural comedian.

In “Touch the Fire”, Davies shared the vocals with keyboard player and backing vocalist Michael Paynter, who displayed impressive range. Davies then left the stage and handed over almost all the vocals to Paynter for “Man of Colours”, before returning to sing one verse; it was a quality version and showed the frontman was gracious enough to let another singer shine (and possibly outshine) in this lovely song.

In “Don’t Believe Anymore”, saxophonist Hugo Lee proved his chops (and demonstrated the classic flamboyant ’80s sax player moves). The song sounded great and was one of the concert highlights. However, the live performance of “Baby, You’re So Strange” – a likeable song, strongly influenced by glam rock band T. Rex – sounded messy. 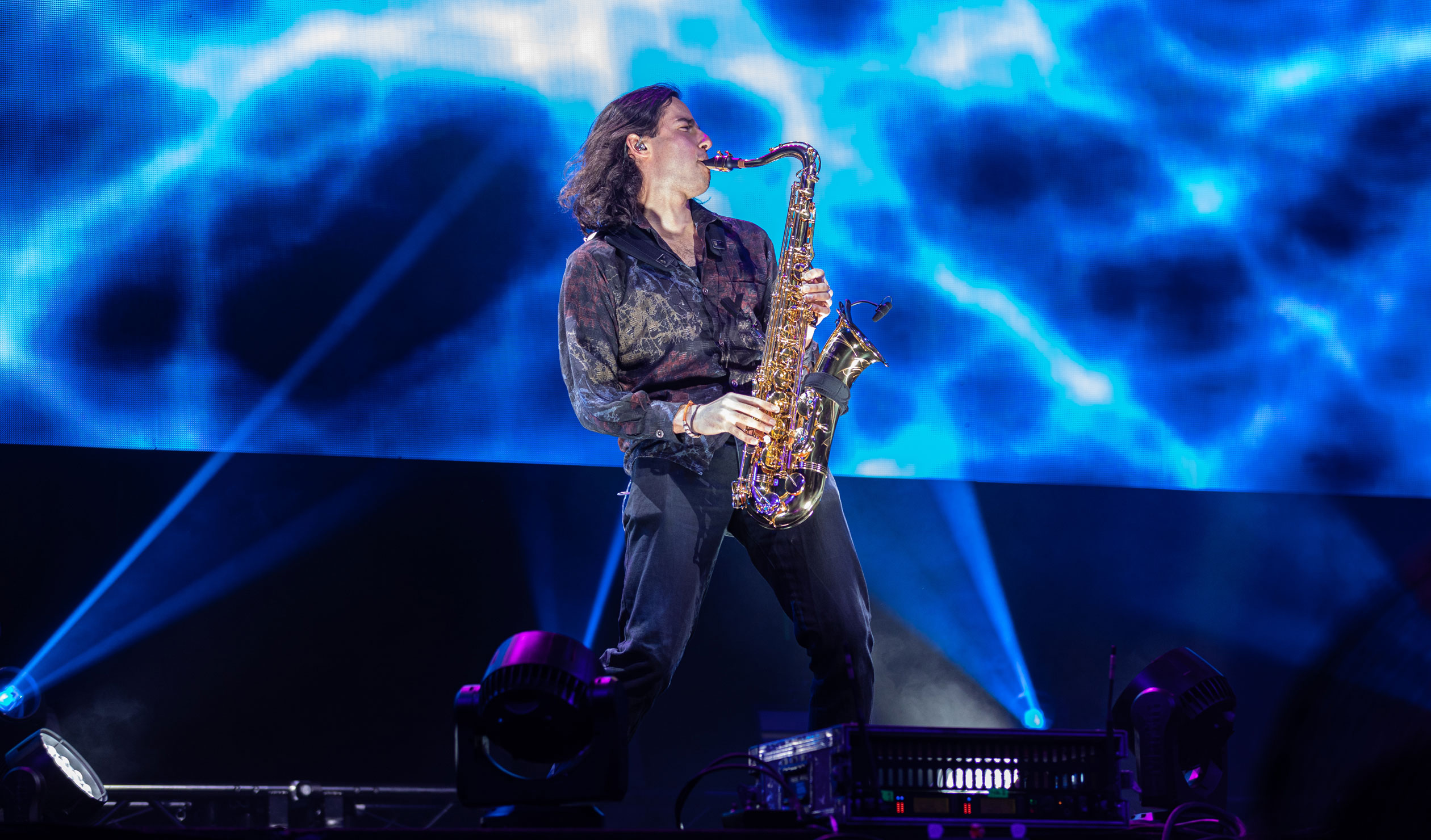 Saxophonist Hugo Lee has the talent and the moves. Photo: Andrew Beveridge

The crowd clearly approved of “Great Southern Land”, judging by the number of mobile phone cameras raised, and it was only enhanced when William Barton reappeared to lend his formidable didgeridoo skills to the song.

For “Can’t Help Myself”, Gildea encouraged some of the audience to stand up, and by the time the band played “We Can Get Together”, Davies said everyone could stand up. And dance even!

As a neat final twist, talented songwriter Davies performed cover versions of songs by two other Australian acts: a convincing version of Midnight Oil’s “Put Down That Weapon” (minus Peter Garrett’s dance moves) and The Angels’ “Marseilles”. The latter was a strange choice, with the almost tuneless “Marseilles” hard to listen to at the best of times; an Icehouse interpretation of The Angels’ melodic “No Secrets” or their energetic, anthemic “Am I Ever Gonna See Your Face Again?” would have been much more interesting.

Luckily, one more song was played after “Marseilles”, Icehouse’s “Nothing Too Serious”. That made 16 hits. An impressive body of work, performed well. It’s no wonder Icehouse is one of Australia’s most successful bands, both here and overseas. 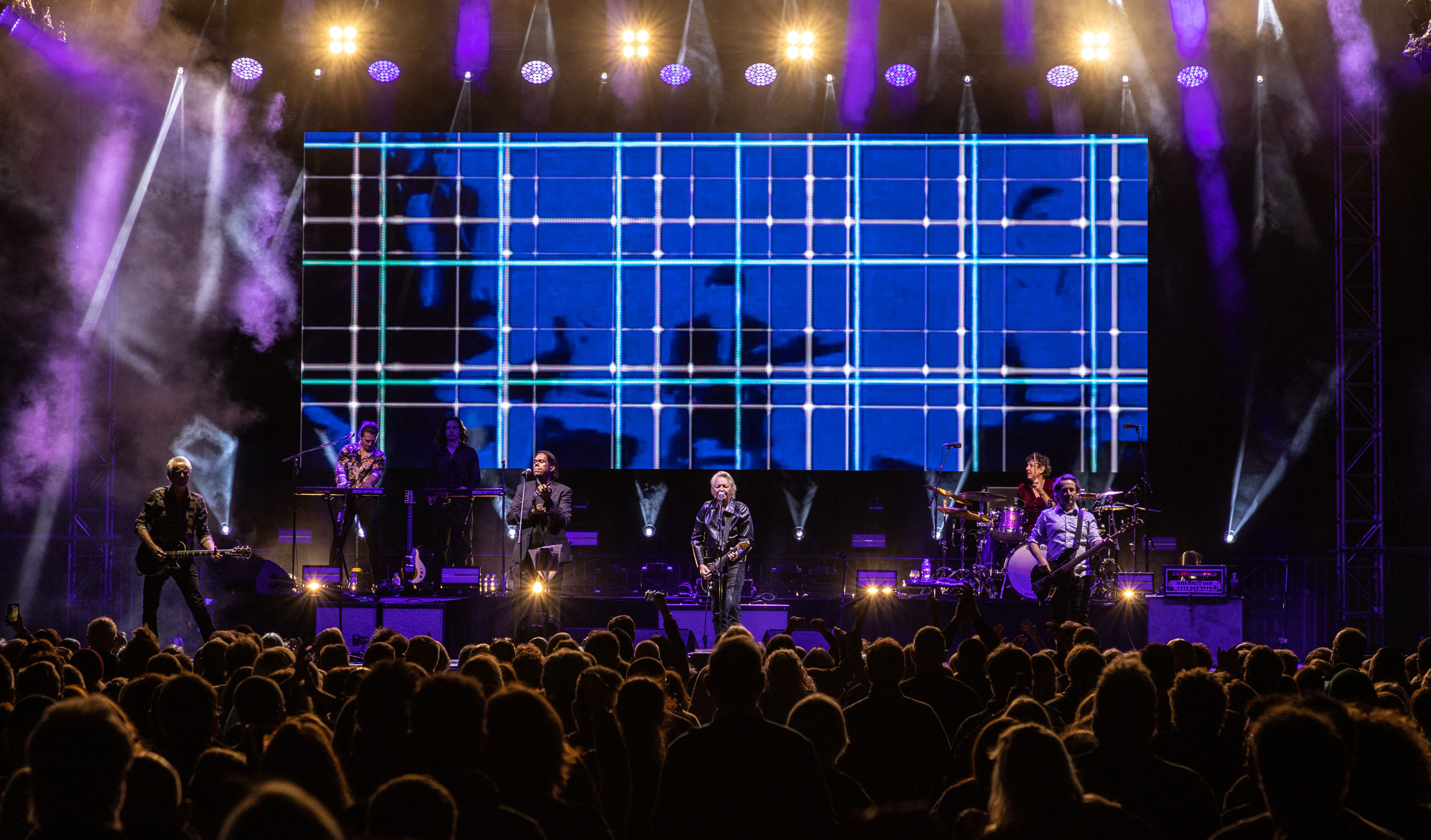 Icehouse performed at Adelaide Oval’s Village Green for one night only on March 8.