The heightened sense of expectation is, of course, around Pina Bausch’s The Rite of Spring, a choreographic masterpiece that changed the face of contemporary dance, but this evening opens with the much quieter, gently compelling common ground[s].

It’s nigh-on impossible to imagine a better companion piece. Common ground[s] is a deeply thoughtful work from two women who, like Bausch, have contributed much to the development of modern dance worldwide: Malou Airaudo (a choreographer and formative dancer in Tanztheater Wuppertal, who danced the solo in Bausch’s original Rite in 1975) and Germaine Acogny (founder of the Senegalese dance school École des Sables, known as “the mother of contemporary African dance”).

Now in their seventies, they bring to the stage a deep understanding of movement, of what the tiniest increments of motion are capable of signalling. They first appear as dark and timeless silhouettes against a glowing orange background (lighting design by Zeynep Kepekli), each holding a spear which becomes a loom which becomes a paddle which becomes a pounding stick. Their calm delight in one another, their measured work (often the emotional labour of holding and caring for) is mesmerising and soothing. 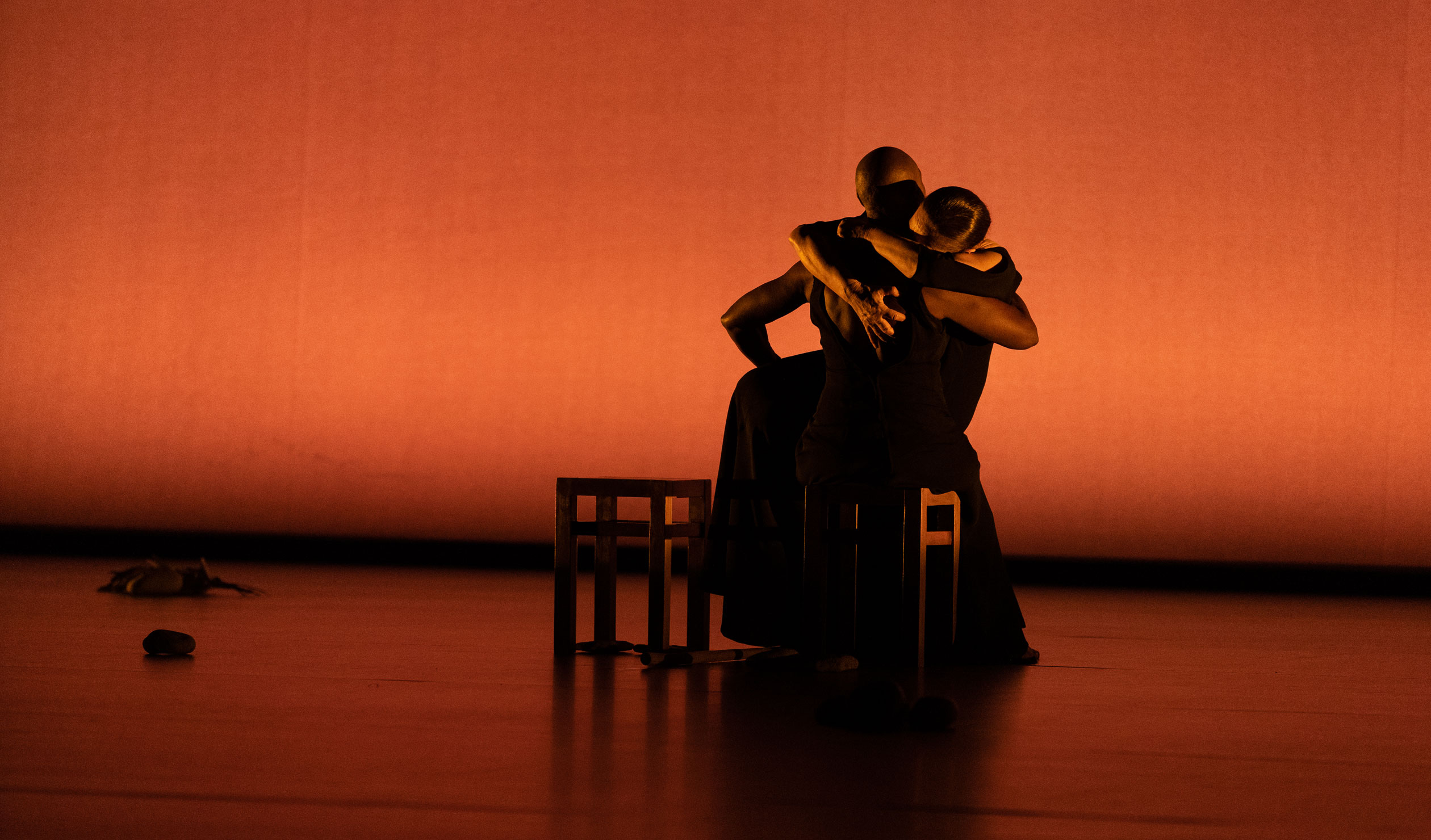 To witness this coming together of wisdom, experience, cultures and talent, borne of a lifetime dedicated to dance, is nothing short of an honour. And it’s the perfect foil to the wild, youthful thrashings of The Rite of Spring.

First staged by the Ballets Russes in 1913, The Rite of Spring was immediately controversial, provoking a “near-riot” in the Théâtre des Champs-Élysées. The ballet tells the story of a pagan ritual where a young girl must be sacrificed in order for spring to take over from winter. Stravinsky’s score, one of the first modernist works of the 20th century, challenged the audience with its experimental tonality, rhythm and metre, while Nijinsky’s choreography was, according to critic Richard Taruskin, viewed by the crowd as “ugly earthbound lurching and stomping”.

More than six decades later, Pina Bausch’s 1975 version rocked the dance world anew with a violent, visceral interpretation that is now considered one of the greatest ever performed.

Bausch, as ever, demanded that her audience experience the dance rather than view it. She focused in on the misogyny inherent in the sacrificial rite, unleashing the throbbing unease in Stravinsky’s music through the stark, primal movements of the dancers. No soaring tours en l’air, no pretty pirouettes: instead, wild, convulsive allegros with arms thrown outwards then plunged back towards the body, pleading then stabbing, the ensembles traversing the dirt-covered stage in tightly-packed stampedes. 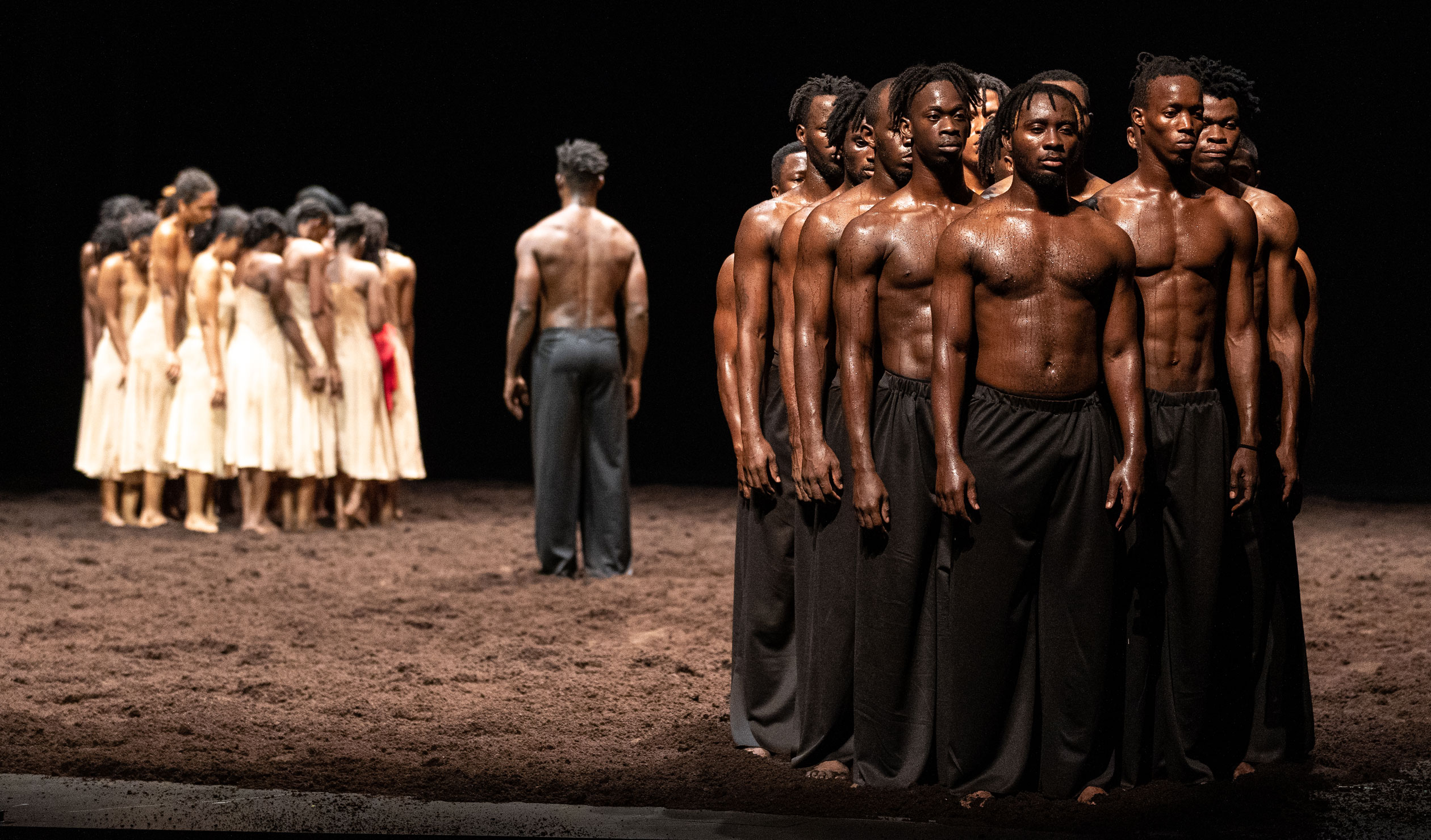 Performers in the 2022 Adelaide Festival iteration of The Rite of Spring. Photo: Andrew Beveridge

Bausch was famously rigid in her selection process, less interested in the way the dancers looked than in who they were and what they brought personally to the work. This tradition was upheld during the auditions for the latest iteration of Bausch’s Rite, which brings together 38 dancers from 14 African nations. Members of Tanztheater Wuppetal with an intimate knowledge of the work travelled to Africa to seek out dancers who could bring their own experience to the roles.

Set movements are repeated by the women (exposure, resistance, confusion, panic, exhaustion), sometimes individually, sometimes as a group, but each dancer performs the movement in their own way, marking the gestures with their personal experience. Only one will be chosen for the sacrifice but the fear of it reverberates through them all. Their passion is so real, their anguish so keen, that as observers, we too are flooded with emotion: the individual’s pain becomes universal. 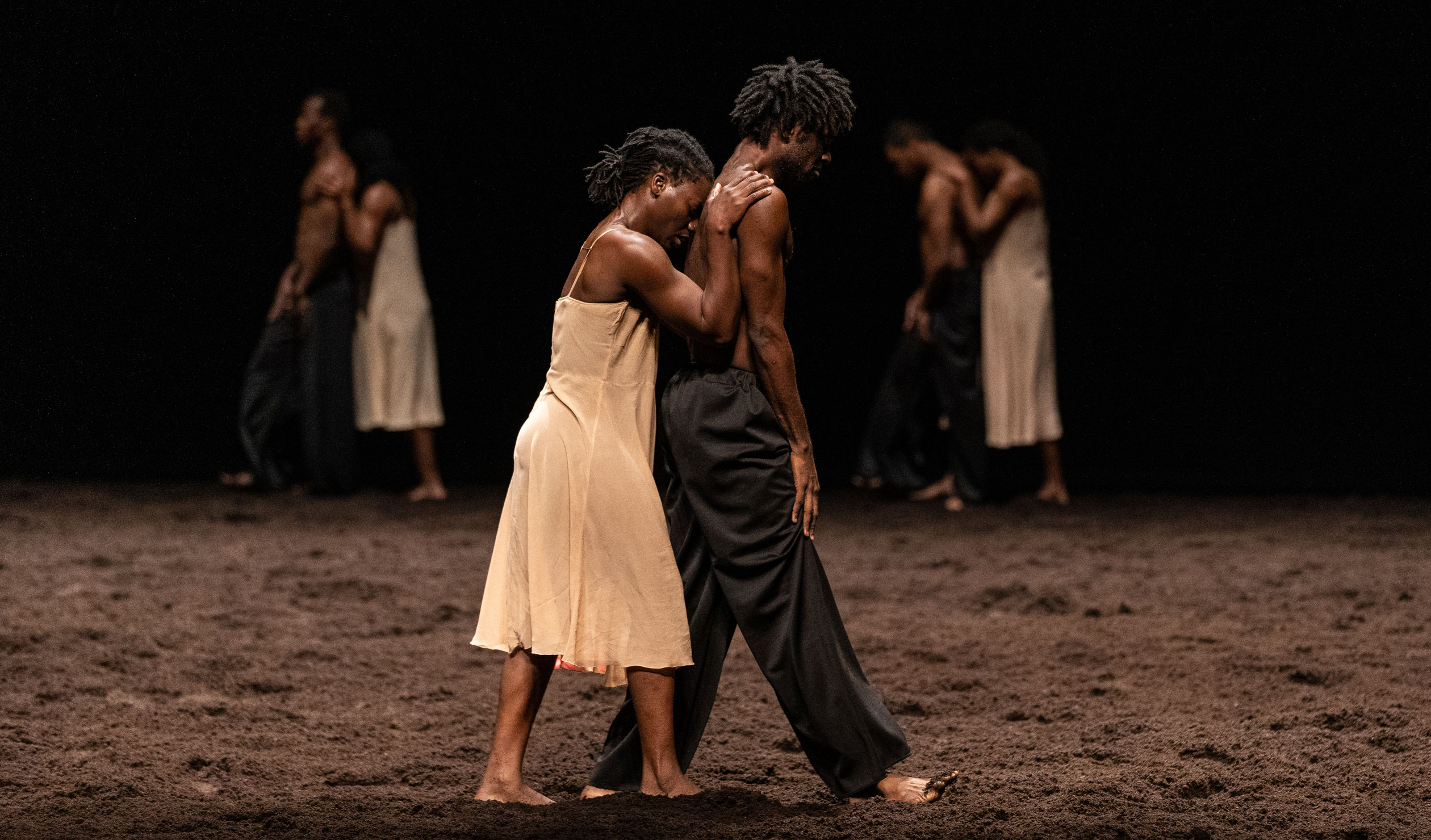 This passion is perhaps most evident in the final dance of the Chosen One. The music pulses and shrieks like a relentless force of nature as the sacrificial young woman hurls herself desperately across the stage, her torment so visceral we feel it as a punch to the gut. “Why me?” she seems to scream, and we are drawn into her anger, her grief, her terrible fragility in the face of a boundless, immutable power. With outstretched fists she begs. With arms windmilling frantically she rails against her horrific destiny. Finally she comes to a staggering stop, collapsing, spent, into the thick layer of dirt below her.

We, too, are exhausted, heart-wrung by her distress and moved beyond words. It’s the perfect finale to one of the most electric and uncompromising pieces of choreography of the 20th century.

The Rite of Spring / common ground[s] is showing at Her Majesty’s Theatre until Sunday, March 6.