The play, presented as part of the 2022 Adelaide Festival, was written by British playwright Dennis Kelly and this new production is well directed by State Theatre’s own artistic director, Mitchell Butel. Ailsa Paterson’s adaptable set is very effective, offering a feeling of home, and Nigel Levings’ lighting design works well.

For 95 minutes, Clarke is the unnamed central and single figure on stage. Described only as “Woman” in the program, she maps key moments in her career and marriage as they variously reward, puzzle, exasperate, and finally shatter her world.

Clarke’s one-woman performance begins with frank and funny anecdotes about a younger, directionless self. She is a great comic, capturing that version of the character in confronting and vulgar accounts of her experiences. When she relates a chance encounter with a man in an Italian airport, someone who stands up in the face of others’ guile, you know this will be a critical event.

Next we see the woman as a mother with her children, creating a sharp impression of their connection, including strains in that responsibility. Those representative domestic interactions are set against sporadic ones with her husband and the changes evolving in their marriage.

The woman’s bravado and developing sense of self-worth in her career contribute to her growing success there, in contrast to her husband’s emerging business situation. This is clearly leading to tensions between them.

Clarke employs loaded pauses especially well as she relates pivotal scenes, including the occasional exchanges of dialogue between the adult couple. This points to another aspect of depiction: the husband is almost invisible, talked about but rarely actively present. If that adds a feeling of unreality, it is one she acknowledges, arguing that this is her own story and she is its narrator, after all. Essentially, she concedes it is a monologue. As a woman speaking from the ruins of a relationship, it is clearly her right. 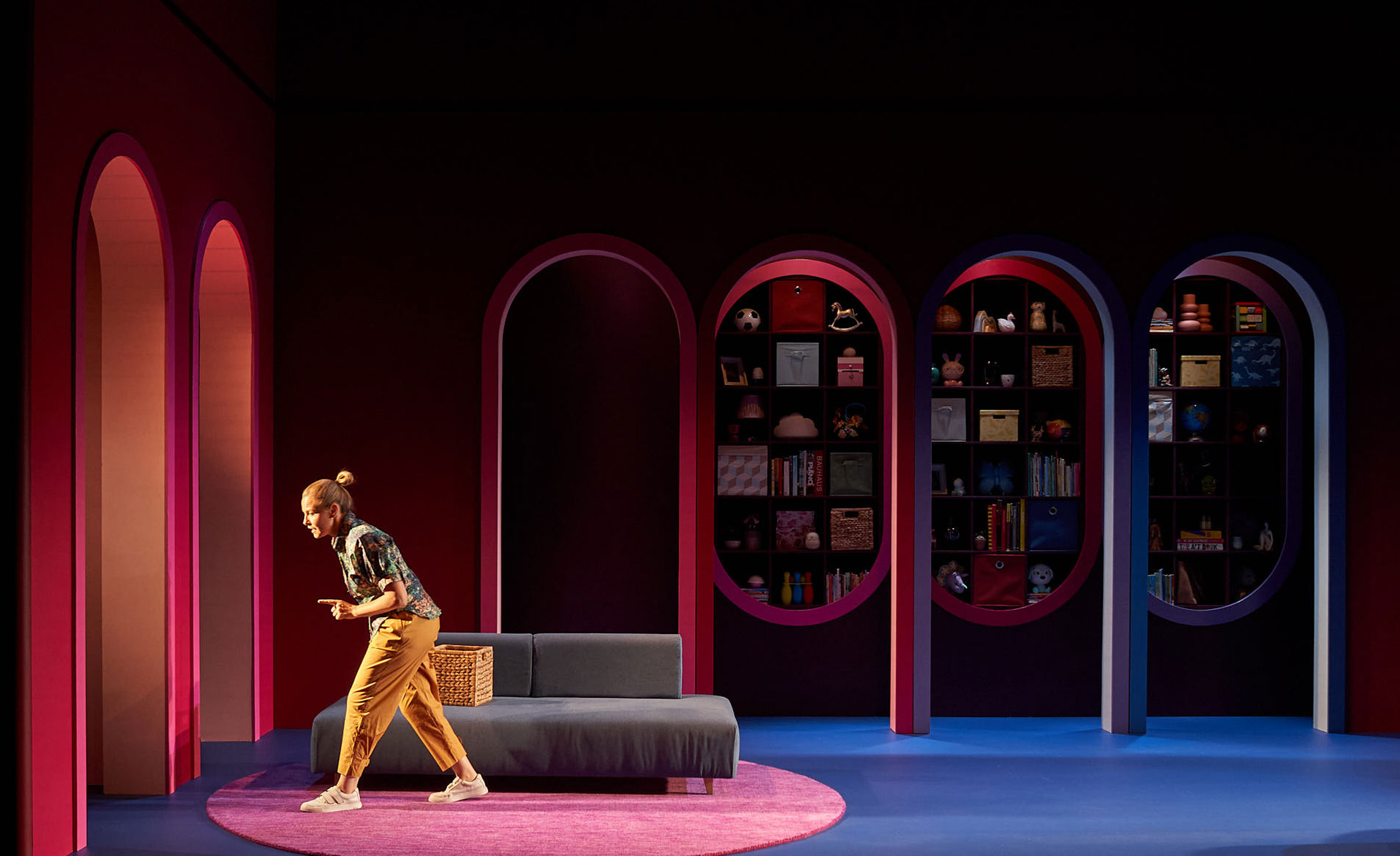 While the ending might seem inevitable, the late acceleration of grief and anger in the account of events is carefully evoked. The fact that the woman alludes directly to these events herself does not diminish their impact. The final, controlled account of what has transpired is thoroughly engaging, not least since it arrives in awful, graphic detail.

The play’s bland title is intriguing. Oblique, even curious, it gives nothing away, not hinting at the ultimately dark nature of its story unless intended as an indirect comment about intrinsic differences between female and male. A blunt approach to the latter is integral to Kelly’s script, however, as it presents a precise and compelling story of one couple’s path. The closing moments clearly locate that in a much larger social picture.

While the core story here is a particular one, it has broad ramifications and is going to be readily taken as a commentary. A risk with its final address to the audience is that it might be seen as sermonising, since the information is publicly well-known. In that regard, the play could have been allowed to stand on its own as a description of a disintegrating relationship. It would still have been a stark statement on a propensity for violence being perpetrated by men, without the polemic afterword. That this is artfully told is undeniable, nonetheless.

Girls & Boys is about women and men and the darkest sides of their behaviour. Justine Clarke tackles this in a play that is a must-see. It is a terrific start to the State Theatre season for 2022.

State Theatre is presenting Girls & Boys at the Odeon Theatre, Norwood, until March 12.