When Kip Williams first read The Picture of Dorian Gray as a teenager, he was shocked how contemporary it felt.

“It has a mythic quality, really, that narrative of the portrait that ages whilst he remains eternally young,” the Sydney Theatre Company artistic director explains.

“But the novel itself is so much more expansive than I think people realise; it’s almost as if Wilde [had] a premonition of the age of capitalism, the centring of the individual and the pursuit of self-gratification that was going to emerge across the 20th century – and reach its apotheosis in the 21st century.”

In the book we meet Gray as the beautiful and innocent muse of a painter, who channels their fixation to paint a portrait of Gray at his youthful peak. It’s a masterpiece, but something strange happens; as Gray is seduced into a decadent life of pleasure and indulgence, it’s the painting that shows all the wear while Dorian appears uncannily pristine.

“There is a sense in which Wilde posits this notion that on some level, every action has a consequence, and he simultaneously shows the descent that takes place in Dorian’s life when he thinks he’s living without consequence – whilst also giving narrative to what it is for Dorian to, at least personally, be aware of the consequence of his actions. Even if no one else in the world is aware of them.”

Williams’ Sydney Theatre Company stage production – which is being remounted for a season at the Adelaide Festival – revolves around the constant transformation of one person in particular: its sole cast member and his collaborator of a decade, Eryn Jean Norvill.

“In the production, particularly with one performer playing all the roles, it looks at this idea that is central to Wilde’s novel, that is the way an individual has multiple selves and constructs multiple selves both in life and in art – and the very notion of life as theatre, the performance of identity.” 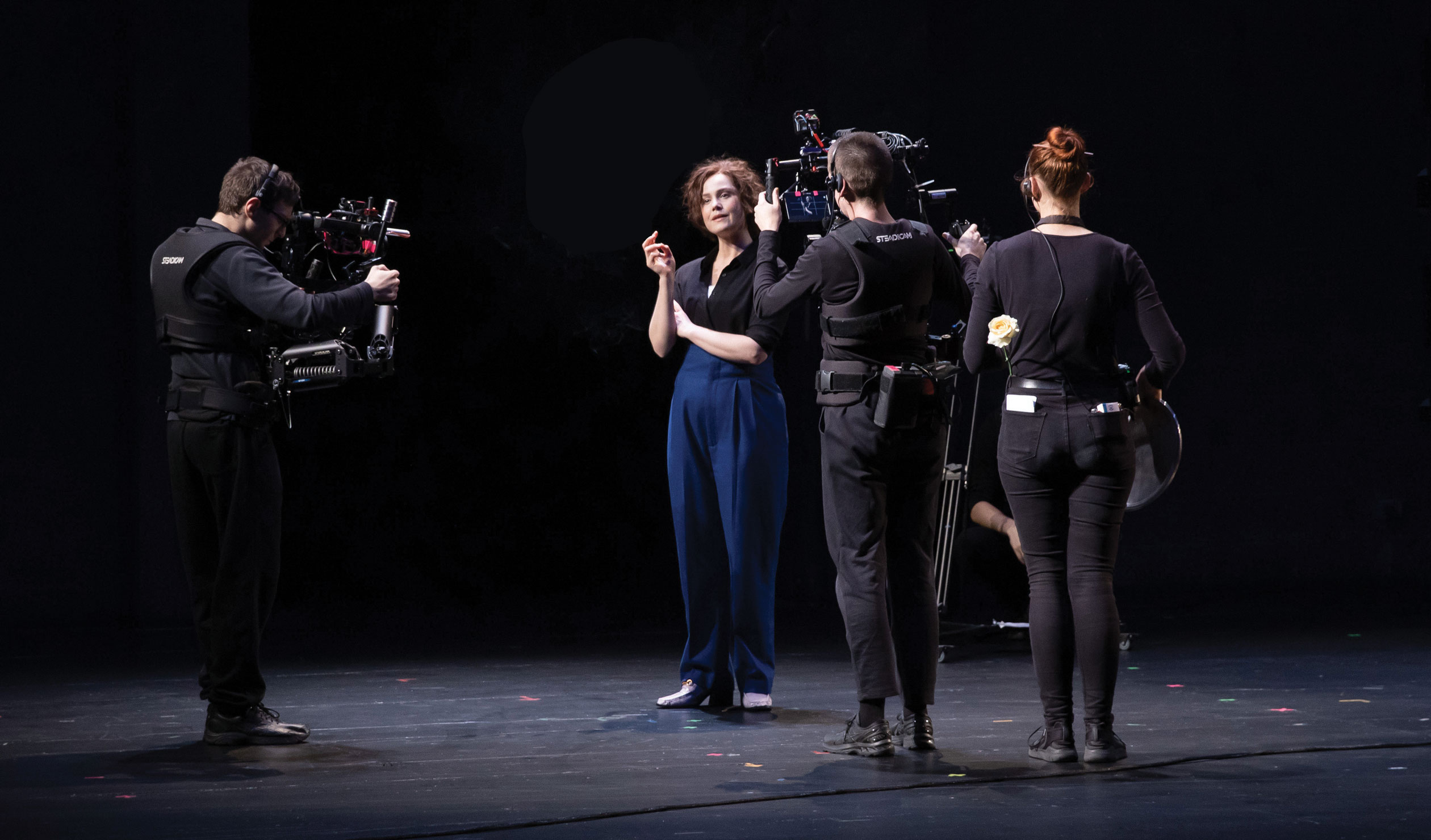 Norvill also served as dramaturg on the work, steering a complex blend of live performance, pre-recorded video and live filming by multiple cameras (and a few face-tuned selfies) that Williams calls “cine-theatre”.

“The audience goes, ‘Wow, that was an incredible feat of performance’, but it’s only the tip of the iceberg,” he says. “There’s so much seamless magic in what she does that masks an incredible technical complexity beneath the surface. I wrote and directed the show and it blows my mind watching her doing it.

“She is a once-in-a-generation performer and I’m so excited that more people around Australia are going to get to see her do it. The task of performing 26 characters in this two-hour performance is gargantuan and I cannot underscore enough how technically challenging it is.”

Norvill’s chameleonic feat recalls a passage in the novel when Gray is enthralled by the young actress Sibyl Vane, whose ability to embody “every age and every costume” unlocks something inside him.

“She is everything to me in life. Night after night I go to see her play. One evening she is Rosalind, the next evening she is Imogen. I have seen her die in the gloom of an Italian tomb, sucking the poison from her lover’s lips. I have watched her wandering through the forest of Arden, disguised as a pretty boy in hose and doublet and dainty cap. She has been mad, and has come into the presence of a guilty king, and given him rue to wear, and bitter herbs to taste.”

Vane becomes another symbol for the consequences of Gray’s actions, but it’s one of many moments where Wilde reflects on the nature of art, performance and the self.

“The work is a meditation on performance, and we use theatre, the Brechtian deconstruction of theatre to interrogate the idea of performance, and in particular this idea of life as theatre, that in different context people are on some level always performing ­– they’re always in a form of drag, if you will,” Williams says. 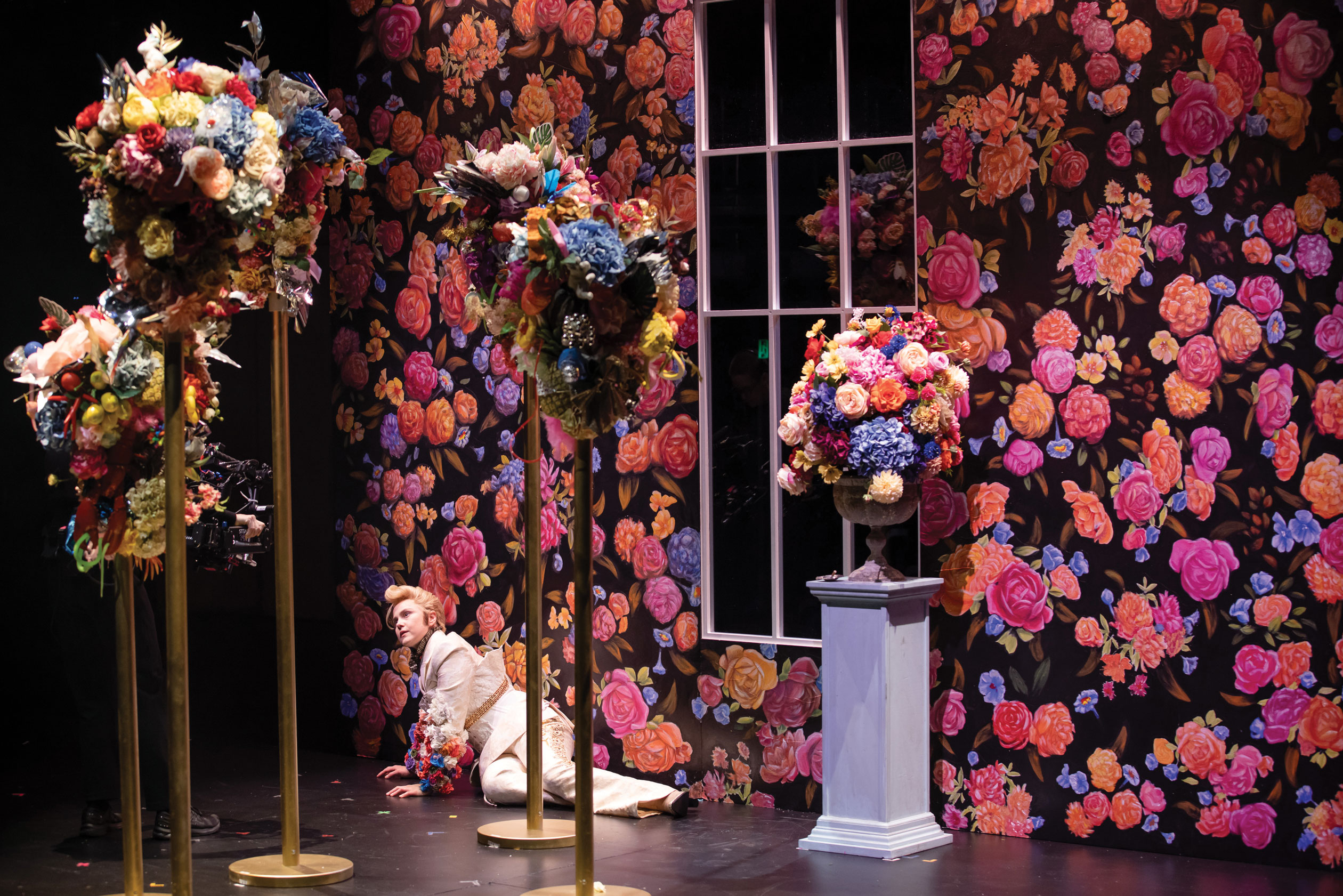 Rapturously received when it debuted in Sydney in November 2020, The Picture of Dorian Gray proved a rare COVID-era hit even as the city’s northern beaches cluster arrived mid-season (“We would have a couple of hundred people cancelling tickets every morning and they’d be sold out again by 10.30am”).

“It was leaping into the dark at a time when we hadn’t leapt into the dark for a long, long time,” Williams says of the pandemic’s effect on the work. “[It was] almost like a diamond under pressure; because of the pressure of that situation and the extra lengths that people went to make it happen, it went to another level.”

There is one pressure that Williams is happy to ignore: while many screen adaptations have looked to the decaying painting itself to horrify audiences, Williams and Norvill weren’t that interested in showing what becomes of the titular artwork. 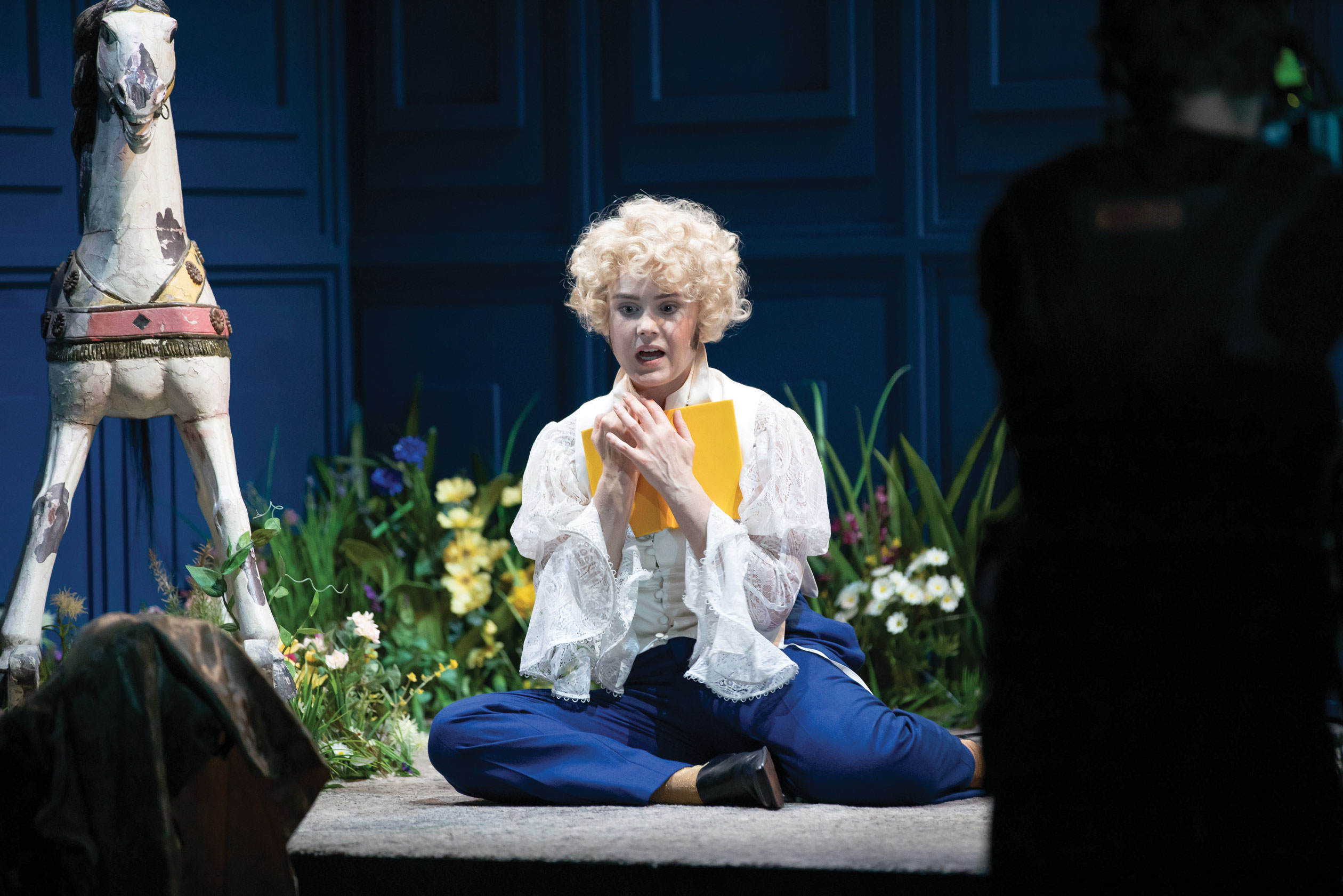 The Picture of Dorian Gray will be presented from March 13-20 at Her Majesty’s Theatre as part of the 2022 Adelaide Festival program.