“It’s been an immense challenge for the arts community this year,” Healy says, referring to the ongoing issues created by the pandemic in 2021. “It’s been a really different and much more dynamic year, with a much higher level of uncertainty.”

Nonetheless, she and Armfield say Adelaide Festival is “a feisty and defiant festival” that “refuses to curl and shrink, to aim low and take it easy”.

Their 2022 line-up, launched this morning, officially opens with the world premiere of a new work by Gravity & Other Myths in a free show at Adelaide Oval’s Village Green on March 5. Macro will feature 30 acrobats from the local contemporary circus company – which wowed audiences at this year’s Festival with its award-winning production The Pulse – as well as dancers from East Arnhem Land group Djuki Mala, a mass choir, Celtic rhythms and fireworks.

“The work uses many of the same forces that we saw on stage with The Pulse… it will be funny, it will be moving, it will be breathtaking and it will be a really amazing opening night,” Armfield says of Macro, which will also open the Edinburgh International Festival next August.

The following night on the Village Green will see Australian band Icehouse perform a concert celebrating the 40th anniversary of their landmark anthem “Great Southern Land”. The show is part of a national tour announced last week, with yidaki virtuoso William Barton and blues and roots artist Emily Wurramara also on the Adelaide bill.

The Festival program includes a number of international artists, with the biggest contingent performing in major dance double bill The Rite of Spring / common ground[s]. This show features a re-staging of famous choreographer Pina Bausch’s seminal work created in response to Stravinsky’s The Rite of Spring – produced by the Pina Bausch Foundation in Germany, École des Sables in Senegal and Sadler’s Wells in the UK, and performed by 38 dancers selected from 14 nations across Africa – and a new companion piece created and danced by Germaine Acogny (“the mother of contemporary African dance”) and Malou Airaudo (a founding member of Bausch’s company).

The Rite of Spring will be performed by 38 dancers from across Africa. Photo: Maarten Vanden Abeele

The UK-based Chineke! Chamber Ensemble – formed by renowned British double bassist Chi-chi Nwanoku and made up of predominantly Black and ethnically diverse musicians ­– will perform in Australia for the first time with two programs at the Town Hall that will include new commissions from Australian composers William Barton and Deborah Cheetham, while UK dance-theatre company Lost Dog will present a duet inspired by a Shakespearean classic with Juliet & Romeo.

“It re-writes the story in such a way that Juliet and Romeo don’t die at the end; they escape, they get married and we revisit them in middle age while they’re in the middle of couples counselling,” Healy says.

“It is very funny in its assessment of contemporary heterosexual relationships of people in their mid-40s but it is told with so much humour and whimsy and insight.”

The Festival’s theatre program, say Armfield and Healy, is reflective of the trend towards cross-artform experimentation and the use of new technologies to create interactive and immersive experiences. A highlight will be Sydney Theatre Company’s production of Oscar Wilde’s The Picture of Dorian Gray, which has been adapted and directed by Kip Williams. Performed by Eryn Jean Norvill, it incorporates live and pre-recorded video.

“While it seems to be a one-person show, she’s surrounded by a company of 12 stage magicians who are bringing on the extraordinary audio-visual element of this show which allows Eryn Jean to play all 26 characters of the work, and not only to play them but to interact with her own performance of all of these other characters,” Armfield says. “It’s absolutely magical and an utter coup of the theatre.” 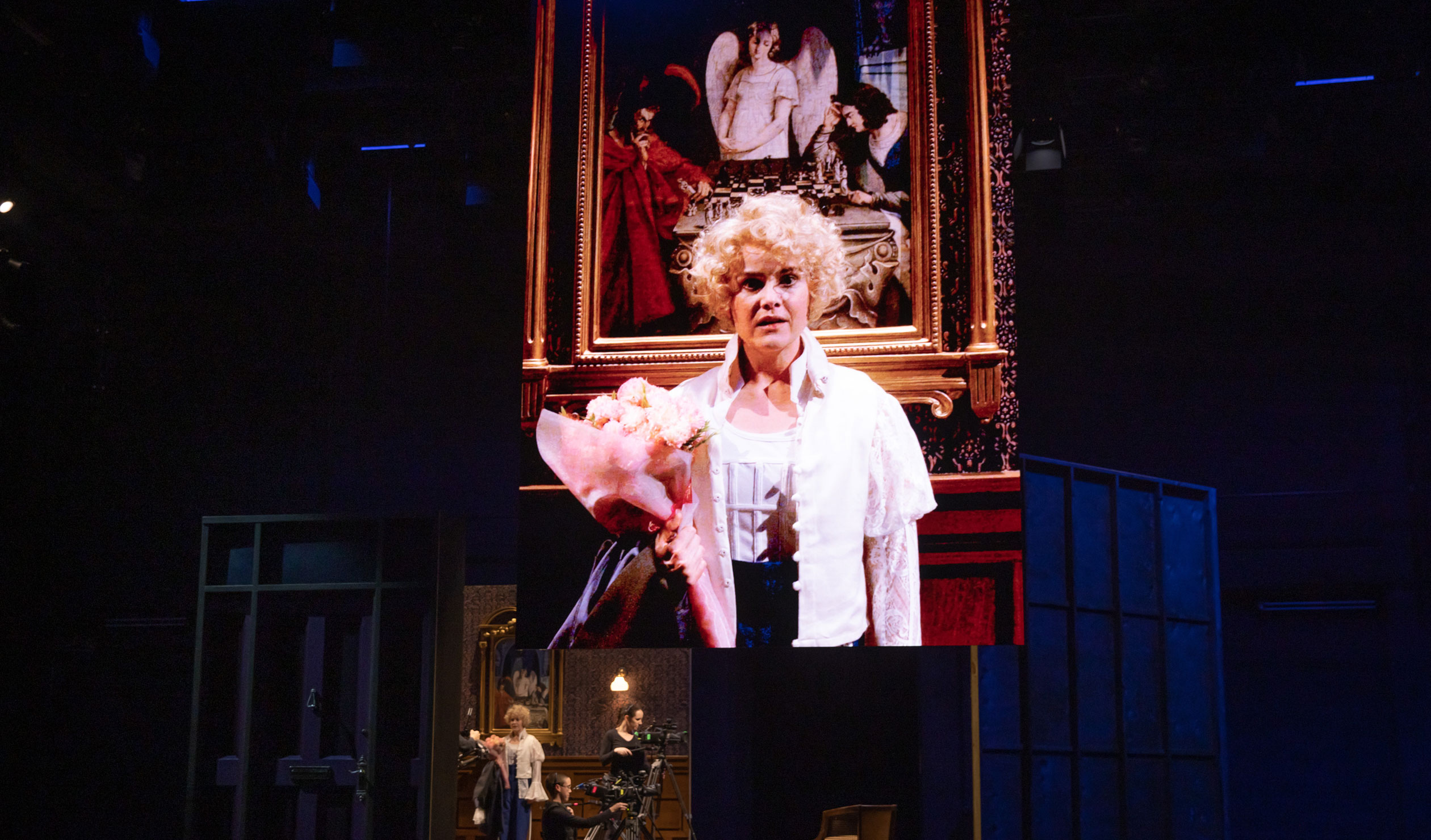 Blindness ­– a production by the UK’s Donmar Warehouse based on José Saramago’s dystopian novel of the same name ­­about a pandemic of blindness – is narrated by British actress Juliet Stevenson and will be experienced by audiences in the Queen’s Theatre through immersive binaural sound and lighting, while The Nightline is a collection of real-life stories compiled through anonymous late-night calls which audience members will listen to through ’70s rotary-dial telephones.

The 2022 flagship opera, announced last month, is Barrie Kosky’s new production of Rimsky-Korsakov’s The Golden Cockerel. The Festival will also feature the world premiere of an oratorio commemorating the 50th anniversary of the murder of Adelaide University law lecturer Dr George Duncan, who drowned after being thrown in the River Torrens in 1972.

Adelaide Festival, Feast Festival and State Opera co-commissioned writers Alana Valentine and Christos Tsiolkas and composer Joe Twist to create Watershed: The Death of Dr Duncan, which is said to feature a “searing, no-punches-pulled libretto” based on the case and the investigations and allegations of a police cover-up that surrounded it. The performance will incorporate “inquest transcripts, press clippings, private correspondence, real and imagined monologues spanning five decades of anti-gay violence”.

Armfield, who will direct Watershed, says it draws on research by local historian Tim Reeves and commemorates the legacy of Duncan’s death, which propelled gay law reform in South Australia. The oratorio will feature solo voices, a dancer, the Adelaide Chamber Singers and a chamber orchestra.

Continuing a tradition that began with the life-sized A Doll’s House in 2020 and continued this year with The Plastic Bag Store, there will be a free, interactive public art installation in Rundle Mall for the duration of the Festival. Groundswell, by young Melbourne artist and percussionist Matthias Schack-Arnott, is a 6m dome platform sitting atop 40,000 illuminated steel spheres that create what is described as an oceanic soundscape as members of the public walk on the dome, causing it to tilt.

Returning as the Festival’s hub is The Summerhouse ­– an open-air pavilion next to the Adelaide Festival Centre ­that will be the venue for gigs by musicians including Amyl and the Sniffers, Paul Grabowsky and Ngaire, Montaigne, Ladyhawke, Client Liaison, Isaiah Firebrace, Kate Ceberano, Spiderbait’s KRAM and The Whitlams.

Patricia Piccinini’s giant hot-air-balloon Skywhales pod ­– the original Skywhale that first floated above Canberra in 2013 and its new 10-storey-high companion Skywhalepapa ­– will make two appearances during the Festival, the first over the Pioneer Women’s Memorial Garden during Adelaide Writers’ Week, where the artist will be a guest with her new children’s book Every Heart Sings, and the second in the Barossa Valley. 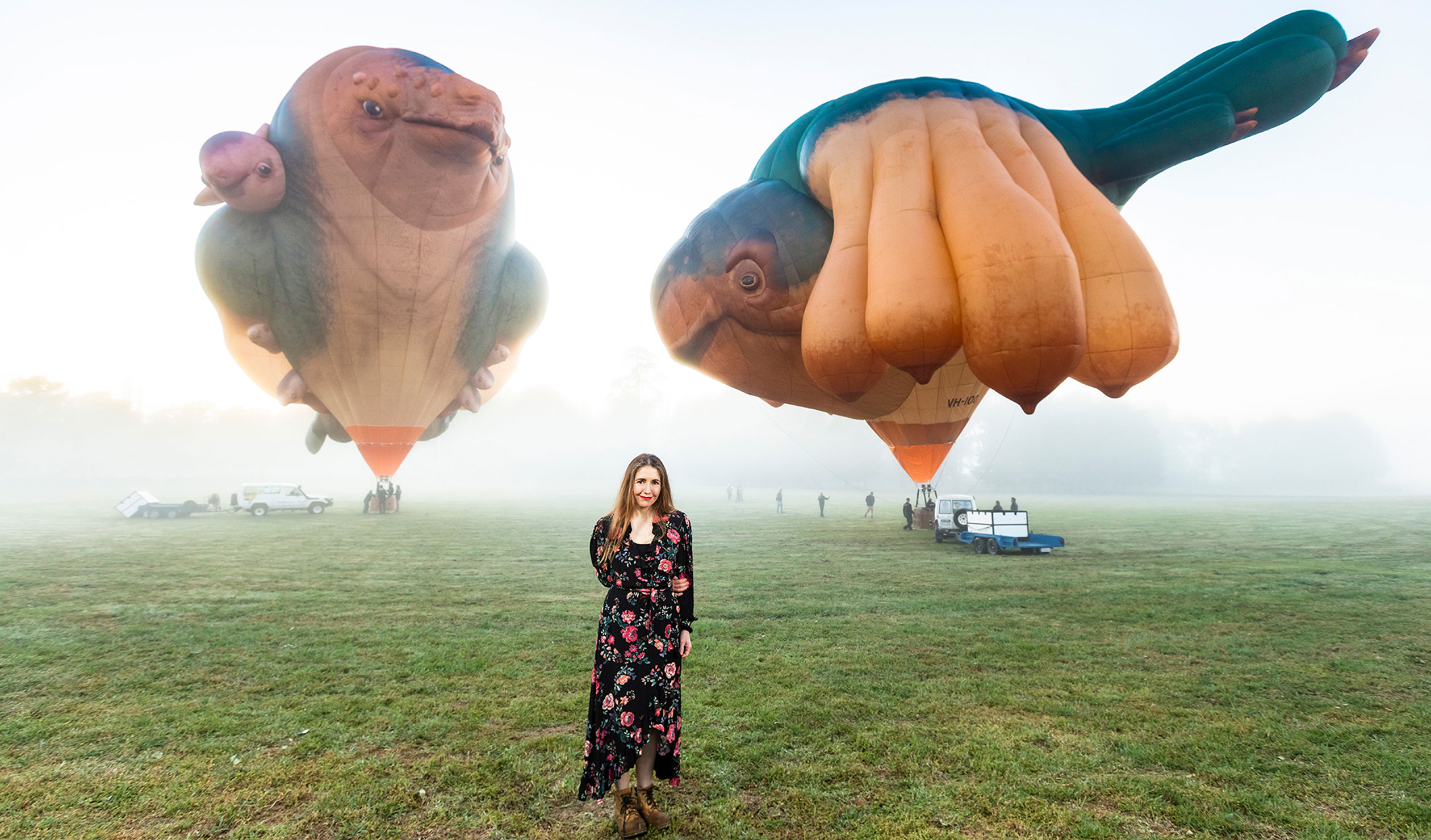 Due to the uncertainty regarding what pandemic restrictions might be in place for international visitors come 2022, the Adelaide Festival artistic directors say they have planned their program based on a “worst-case scenario”, with all the international artists prepared to quarantine for 14 days if necessary.

Healy says they are also hoping to be able to have a “sterile corridor” of the type used in sport, so that if artists are forced to quarantine ahead of their performance they can still attend rehearsals: “We hope that science and good sense will come together, given that it goes without saying that everybody who we are bringing in is vaccinated.”

WOMADelaide, which is presented as part of the Adelaide Festival program, announced last week that those attending the music festival when it returns to Botanic Park next year must be double vaccinated. AF organisers would like to see the State Government mandate proof of vaccination or evidence of a negative COVID test as a requirement for those attending events.

Armfield and Healy were able to travel overseas this year to scope out productions and festivals in Europe, with Healy saying the trip showed that having “one system for all” meant there was consistency among venues and certainty for audiences.

She says their experience in Europe also showed there was light at the end of the tunnel: “It felt as if we really time travelled and we can really see how the arts will rebound and audiences, with the right kind of health settings, will flock back to theatres with gusto. That’s absolutely what happened at the international festivals we attended all over Europe.”

Other 2022 Adelaide Festival highlights include:

Prayer for the Living: This twilight concert, featuring the Adelaide Symphony Orchestra, the Elder Conservatorium Chorale and the Graduate Singers, will close the 2022 Festival with a program including Latvian composer Peteris Vasks’ “Prayer for a Mother” and “Dona nobis pacem”.

Wudjang: Not the Past: The latest work by Bangarra Dance Theatre is a “contemporary corroboree” performed by 17 dancers, five actors and four on-stage musicians. Choreographed by the company’s artistic director Stephen Page, it is based on the story of Wudjang, an ancestor whose bones are unearthed during the construction of a new dam.

Manifesto: This new work by choreographer Stephanie Lake is set to a score by sound designer Robin Fox and performed by nine dancers ­– all with different backgrounds ranging from hip-hop to ballet ­– and nine drummers. It will have its world premiere in Adelaide.

Cupid’s Koi Garden: A 5m-high Cupid surrounded by 10 oversized goldfish will take up residence in Keith Stephenson Park in Mt Barker. The inflatable fountain is presented by ENESS – the same company behind the Airship Orchestra, which was outside the SA Museum during Illuminate Adelaide – and includes a sensory and soundscape component. “But this work adds the element of water, which in the middle of summer seems kind of perfect,” Healy says. 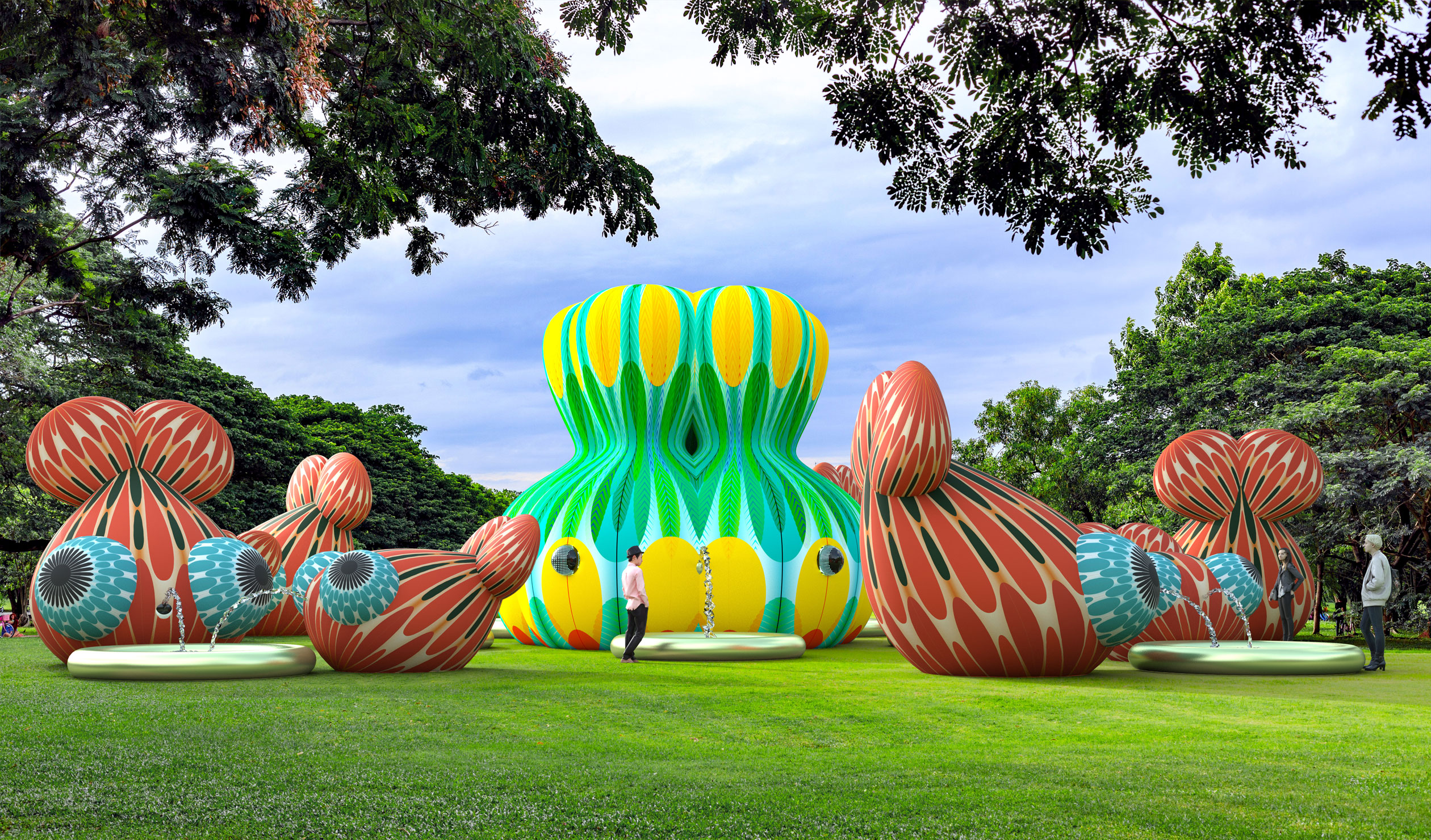 Full program details can be found on the Adelaide Festival website.