A king goes mad. As opposing forces mount against him, his mind disintegrates and he resorts to magic in a vain, desperate attempt to save his life. No, it’s not Hamlet, but Nikolai Rimsky-Korsakov’s last opera, The Golden Cockerel, in a new production by Barrie Kosky that will serve as the 2022 Adelaide Festival’s centrepiece in March.

Following Saul and Magic Flute in 2017 and 2019, this will be the third time that Adelaide Festival artistic directors Neil Armfield and Rachel Healy have programmed a Kosky production. And if all goes according to plan – amid our continually changing COVID circumstances – an international cast of singers will land in Adelaide to join the Adelaide Symphony Orchestra and Adelaide Festival Chorus under the ASO’s former music director, Arvo Volmer. 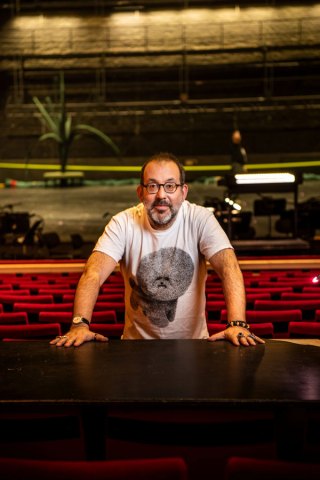 Adapted from the Pushkin poem of the same title, The Golden Cockerel is broadly speaking a fairytale opera that steps outside the typical grand historical themes that mark Rimsky-Korsakov’s 11 preceding operas – yes, he was that prolific in the genre, despite the fact that today he tends to be remembered by just a handful of concert works such as Scheherazade.

Controversy immediately surrounded The Golden Cockerel ­– which premiered in Moscow in 1909, the year after his death – because many commentators interpreted it as an attack on Russian autocracy and Tsar Nicholas II in particular. Unsurprisingly, it disappeared almost completely from view in Russia during the ensuing, politically tumultuous decades.

So what brought acclaimed Australian opera director Kosky to The Golden Cockerel as the subject of his latest creation?

“The Golden Cockerel is very different from Rimsky-Korsakov’s other operas, which are quite large historical tableaux or folk operas, based on Gogol mainly,” he tells InReview from Berlin.

“They are all fantastic, but this one, based on the story of Pushkin, is the weirdest of them because it combines so many strands – of fairytale, psychological drama and political satire. This makes it unique.”

Kosky says that in devising his own production of The Golden Cockerel, he wanted to free it from external historical narrative and explore its fairytale and psychological aspects.

“The story is weird, wonderful, and quite simple. When Pushkin wrote the poem, and when Rimsky-Korsakov adapted it later, they both were very knowingly aware that even in the context of a fairy story, when you depict a tsar on stage or on the page everyone is going to associate it with the tsar sitting in the Kremlin at the time. Especially if he is depicted as corrupt, vulgar, narcissistic or delusional and he dies through his own stupidity and blindness. It’s obvious.

“At the very end of the opera, there’s this amazing chorus where people sing about what they are going to do, now that there is no leader. So the idea is presented that people keep dreaming that we have leaders, and that human civilisation always entertains this dangerous desire that there’s got to be a person who comes and saves us. But such person rarely does come, and if they do, it usually doesn’t involve saving us.” 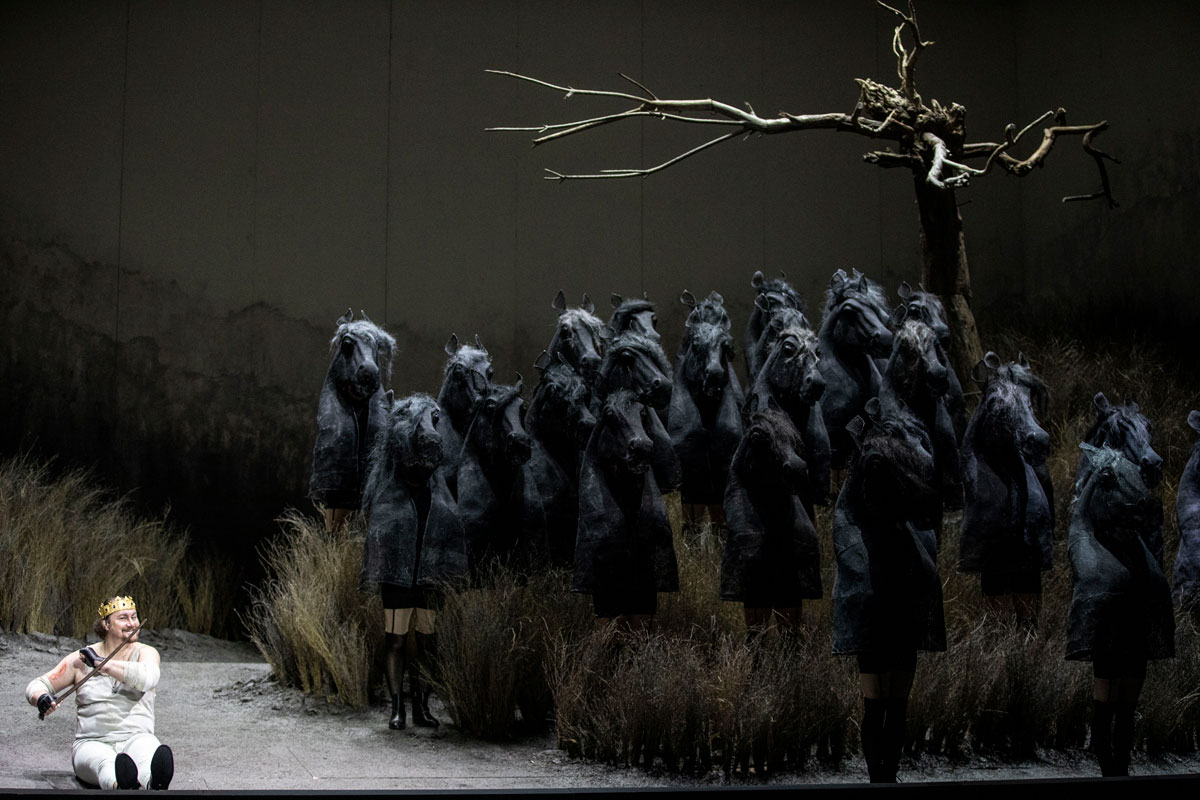 Kosky’s production is set in a dreamscape where the king is already mad. Photo: Jean Louis Fernandez

Kosky’s The Golden Cockerel, therefore, looks internally at the forces that can drive a person insane. These include the king’s feelings of intense infatuation for the beautiful princess of an enemy neighbouring kingdom.

“We’ve set the production in a dreamscape where the king is already mad, and he’s remembering, like a Don Quixote figure, about his lost love. It examines the breakdown and corruption of power as seen through the body of that man, the figure of that king.”

At least as importantly, Kosky says it is Rimsky-Korsakov’s music that drew him to this work. Describing it as sumptuous, seductive and the outpouring of “a genius orchestrator”, he says he fell in love with it 30 years ago while studying at the University of Melbourne.

“Like other Russian composers of his time, including Mussorgsky, Tchaikovsky, Glinka and Borodin, he could compose the most beautifully sensual music.

“He also has a very weird, wacky sense of humour that contrasts against that sensual side. And on top of that, Rimsky-Korsakov is a fabulous melodist. His melodies are out of this world, just extraordinary.” 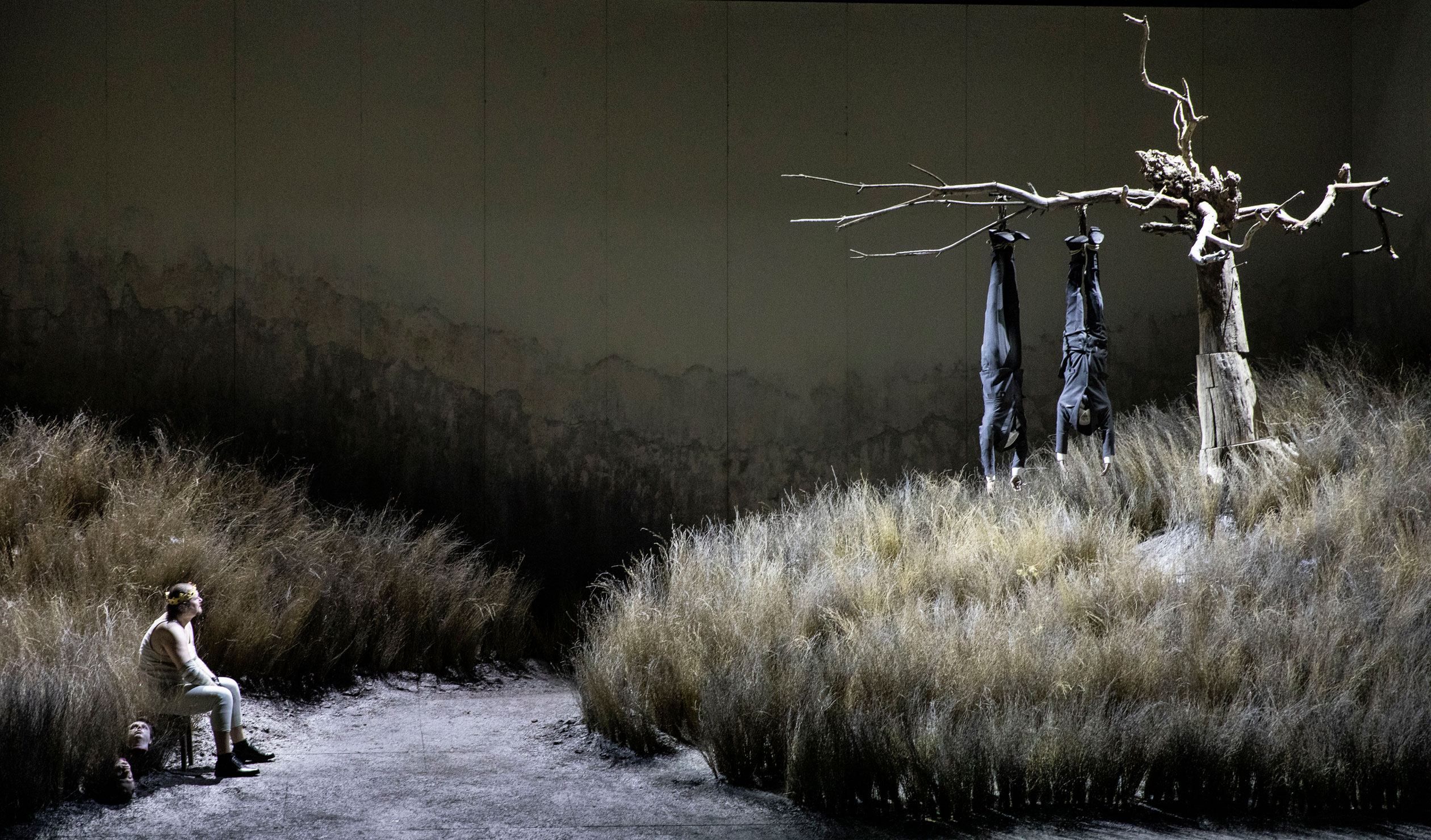 It should be a magical experience, says Kosky.

“After this horrendous year of lockdowns in Australia, audiences can look forward to a wonderful, intoxicating evening of live music theatre. Despite all the virtues of live streaming, nothing can compare with glory of sitting in a darkened room with strangers and watching a hundred people sing and play at you.”