Former Prime Minister Malcolm Turnbull told an Adelaide Writers’ Week audience yesterday he wants a South Australian inquest into the death of the Adelaide woman whose allegations of rape against a federal Cabinet minister are causing chaos in Canberra.

In a colourful talk that skewered former political rivals including Labor’s Kevin Rudd and Liberal Tony Abbott, Turnbull said the woman had kept extensive diaries that he hoped still existed.

He and his wife Lucy were contacted by letter by the woman in December 2019, seeking their advice in relation to the alleged 1988 rape, allegations which Turnbull described as “incredibly serious”.

“She described a pretty horrific rape at the hands of… a person who is now in the Cabinet,” Turnbull said.

Turnbull said he and Lucy wrote back expressing their sympathy and concern and advised her to retain a good lawyer and see the police. The woman had contacted Senator Penny Wong at around the same time and was given similar advice.

Because the alleged rape occurred in Sydney, New South Wales police were involved in investigating it but after the woman died in Adelaide in the middle of last year, Turnbull felt that, given the background to her death, there should be an inquest.

Turnbull said he contacted the South Australian Police Commissioner, Grant Stevens, and forwarded the correspondence to him.

“I don’t know whether there will be an inquest or not; I think, frankly, there should be,” he said, with Premier Steven Marshall, a close friend, sitting in the front row.

“The fact that she had said she kept diaries relating to all this – I don’t know whether they were contemporaneous diaries… but the allegations were incredibly serious.

“It’s about as serious as it can get and it has to be taken seriously… obviously in the circumstances, we have a woman with a complaint ongoing against a senior public figure who then takes her own life. There clearly needs to be some form of inquest.”

Attorney-General Vickie Chapman told InDaily that a coronial inquest could not occur while police inquiries were ongoing.

I think we are worn down by the ugliness that we see on the public stage.

Turnbull also said he found incredible the claim by the Prime Minister, Scott Morrison, to not know about the rape allegations made by Brittany Higgins until just days before they were made public.

“There’s no point in being mealy-mouthed about it; the proposition that the Prime Minister’s office was not advised of this… immediately or shortly after it occurred is just utterly unbelievable,” he said.

He said judicious staffers could withhold information but prime ministers had to be kept informed to avoid being caught out in public. 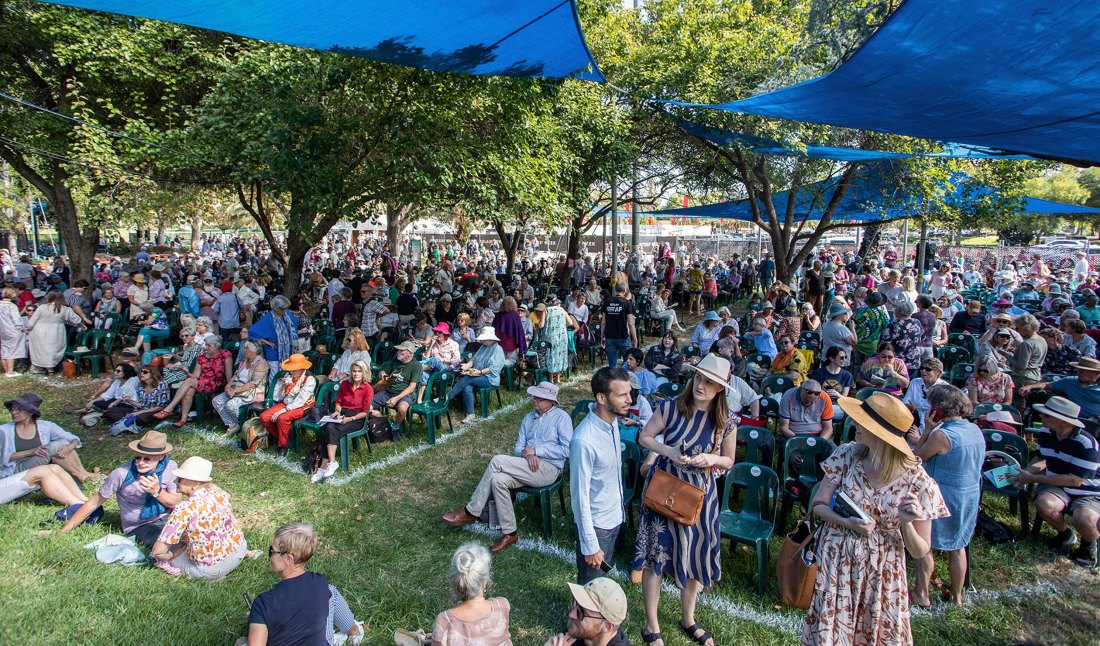 Turnbull’s comments followed an appearance by another former Prime Minister, Julia Gillard, at Writers’ Week on Saturday, during which she said she was appalled by the Federal Government’s handling of rape allegations made by former Liberal staffer Brittany Higgins.

Earlier yesterday, during a well-attended but more COVID-safe day in the Pioneer Women’s Memorial Gardens, Dr Julia Baird explained her best-seller Phosphorescence: on awe, wonder & things that sustain you when the world goes dark as a metaphor for finding strength when life overwhelms.

Exquisitely timed – by accident – for release last March into a pandemic when the world went dark for so many people, the book found an immediate audience and will be published later this year in the UK and the US.

“Phosphorescence is something that soaks up the light, a fluorescent light, sunlight, to emit it afterwards at a slower, lower burn, so the idea being ‘can you pull in things that can give you strength? So that when the electricity source is cut off or the world goes dark, you can emit that light at low temperature, be incandescent, keep going’,” Baird said.

“I loved the idea of some kind of reservoir that you can fill up with things that you read and know and understand, and relationships that you have, and when you really hit the skids you can pull on that.”

Baird, who hosts ABC’s The Drum and wrote an acclaimed book on Queen Victoria, confessed to becoming obsessed with phosphorescence and began hunting it everywhere, in oceans and more recently in ghost mushrooms, a form of bioluminescent fungi.

Releasing the book into the pandemic triggered a warm personal response from readers, one of whom sent her a sparkly tea cosy with tinsel knitted through it. A woman called Veronica in a nursing home also contacted her on Instagram to ask for her 10 favourite glowing animals; Baird later received a beautiful tapestry with stitched animals including a vampire squid.

“It’s been really delightful, it really kept me going through all that pandemic stuff because there is so much beauty there,” she said. “I think we are worn down by the ugliness that we see on the public stage.”