On arrival at Kingpin Norwood for Restless Dance Theatre’s Adelaide Festival show Guttered, you’ll be directed to a counter in front of the lanes where two ushers with twinkling smiles will look you up and down a couple of times before directing you to a seat. If you’re wearing high heels, you’ll likely find yourself assigned as part of the cheer squad; if, like me, you have a preference for sensible shoes, you may be issued with a personal score card that asks “Do you consider yourself a RISK TAKER?” and directed to join one of the bowling teams in the comfy seats at the front.

The show begins with the performers walking among all the audience members with bowling bags from which recorded voices make observations about what it feels like to win and lose. Then those of us in the “hot seats” are beckoned – or perhaps challenged – one by one to have a bowl alongside the dancers as the rest of the crowd applauds (or not). It’s audience participation, but of the gentle, fun kind.

The dancing itself begins behind the counter with shelves full of bowling balls, shoes and bags. Heads and arms emerge and move like balls or perhaps pins manipulated by a puppeteer, before the counter is whisked away and the performance spreads out across the lanes. As the cast members dance separately and then come together, the choreography is enhanced by colourful patterns projected above the lanes and Geoff Cobham’s clever lighting and shadows on the side walls which reflect and magnify movement. 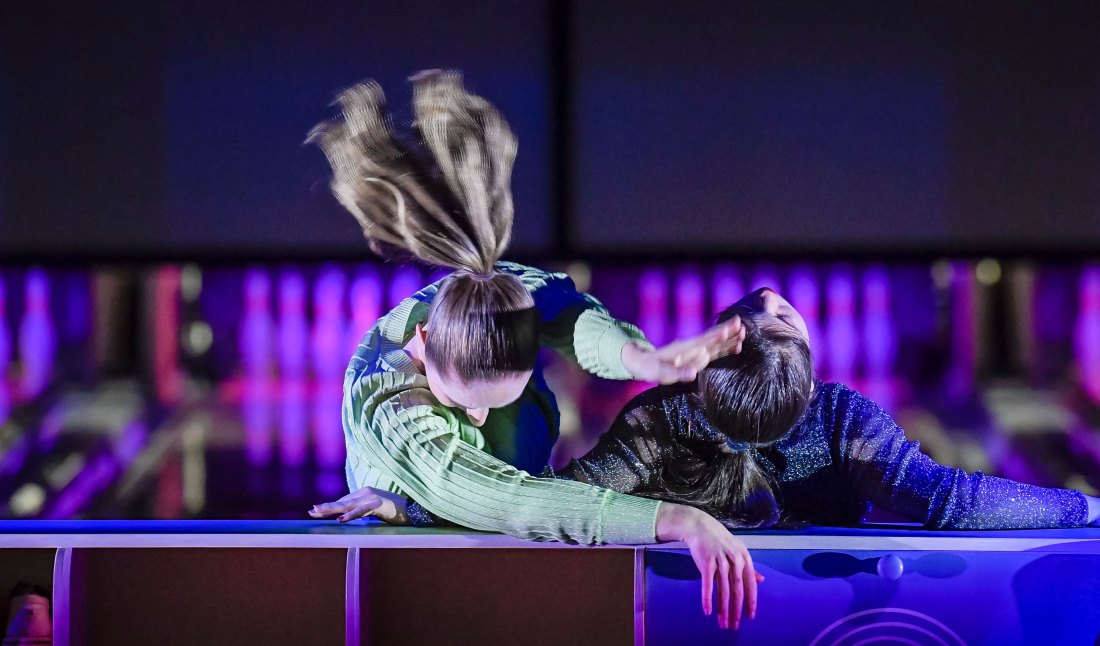 Director Michelle Ryan intends Guttered to be an exploration of “the dignity of risk”, something often denied to people with disabilities – in the context of bowling alleys, for example, through the rolling out of safety nets like bowling ramps and gutter guards. The dance-theatre work also takes a look at the broader issue of what it means to be a winner or loser and how people battle for a chance to win.

These ideas play out through the beautiful choreography, which conveys a gamut of human behaviours and emotions: from collaboration, playfulness, joy and triumph, to rivalry, taunting, frustration and desolation. The sport of bowling is a microcosm of wider society. 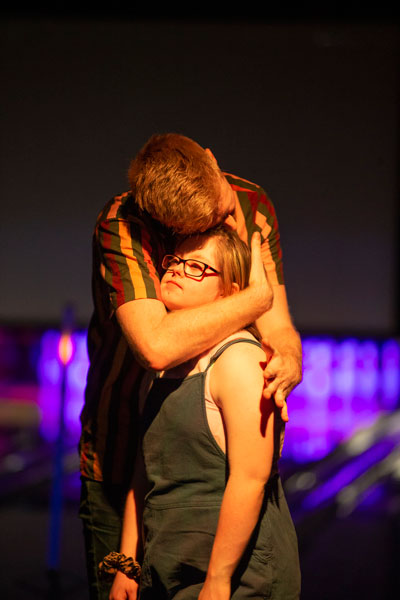 One lovely vignette – accompanied by a particularly stirring, strings-dominated soundscape by Jason Sweeney – sees dancer Darcy Carpenter perform solo with a fluorescent glowing bowling ball that at first follows her every move and then appears to be controlled by her mind, before the other performers steal it from her, mocking and teasing as she tries desperately to retrieve it. In another, dancers Alexis Luke and Michael Noble vie for the affections of Jianna Georgiou, before engaging in a touching flirtation with each other.

When the bowling balls come out again, we witness players (the performers) become increasingly frustrated as well-intentioned “helpers” keep trying to get them to use bowling ramps; in a different scenario, dancers are almost literally being smothered by the efforts of their cohorts to protect them.

The show’s themes are driven home by further recorded comments that play as a soundtrack to the finale: “Don’t call me cute!”, “So you think I’m brave?”, “Aren’t you determined?”.

Guttered is full of colour and movement and delightful moments – including the piece where Charlie Wilkins copies the moves of a mini-me projected on his white T-shirt – but it is also a performance that makes its audience take stock. It invites us to reflect on how our efforts to “help” a person with a disability might sometimes rob them of the chance to take a risk – to potentially fail, yes, but also to grow, to be independent and to experience the true joy of a win. Can we experience triumph without risk? Would you want to? 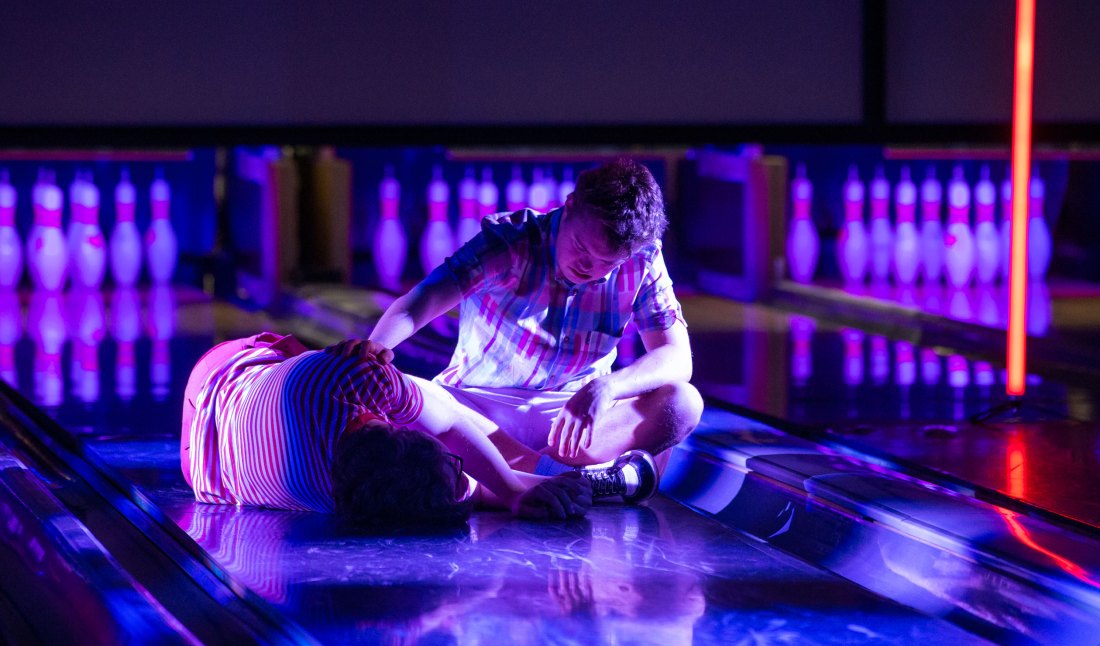 It’s not the first time Restless Dance Theatre has taken performance out of the theatre – its most recent work, Seeing Through Darkness, was presented at the Art Gallery of SA, and its sold-out 2017 Adelaide Festival show, Intimate Space, was staged in the Hilton Adelaide. In this case, the bowling alley is an inspired and engaging setting. It breaks the third wall and establishes us all as part of the same community, with audience members encouraged to consider their own appetite for risk.

At the end of the performance, those in the front seats get to risk their dignity again by having another bowl. For the record, I knocked over seven pins, then threw a gutter ball. Oh well, apparently failure is the best way to learn.

Guttered is being presented at Kingpin Norwood until March 14 as part of the 2021 Adelaide Festival.