With the theme Unstable Ground, this year’s Writers’ Week features an increased number of Australian guests, who will attend the February 27 to March 4 event in person, while international authors will appear in the Garden via real-time digital livestream from their home countries.

“After the challenges and frustrations of the last 12 months, there is a real hunger amongst authors and audiences to gather as a community and celebrate literature and ideas,” says director Jo Dyer.

“Despite the pre-Christmas COVID scares, we are optimistic that all our Australian participants will be able to join us in person in the Garden as we come together to contemplate the state of the world and the state of our reading, asking the big questions like, ‘What just happened?’ and ‘What happens next?’.” 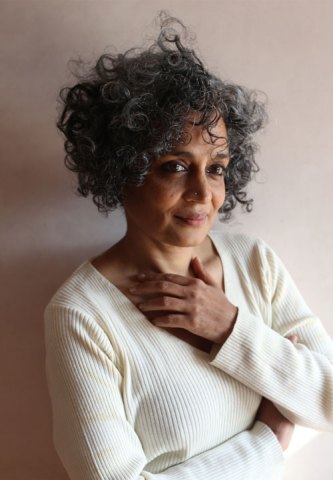 Among them are a number of politicians – including former PMs Julia Gillard and Malcolm Turnbull, both of whom had new books published in the past year – and a strong contingent of South Australian writers.

A special event titled (Re) Launch: Live and Local will be held on February 27 to celebrate eight SA authors who had books published during the COVID-19 shutdown. They include Adelaide Hills writer Pip Williams, whose novel The Dictionary of Lost Words sold 58,000 copies in just five months, and fellow debut novelists Rachael Mead, Katharine Tamiko Arguile and Karen Wyld.

Popular series such as the early-evening Twilight Talks and Kids’ Day will return this year, along with two new series being presented on the Plane Tree Stage. The first, Be the Change, will feature activists ­– including Change.org executive director Sally Rugg – offering “practical and inspiring advice on how to turn frustration into action”, while The Business of Being a Writer promises to take a behind-the-scenes look at the business of publishing.

Also new in 2021 is First Words, a showcase of First Nations writers and performers presented by Writers SA.

The livestreamed events with international writers will be presented with a host who appears in person, while the guests will be projected onto large screens.

“We didn’t want to have no international voices in our program,” Dyer says.

“We did think about that for a while, because the wealth of talent in Australia is obviously so great and there have been so many great books that have come out, but we’ve all been through such a global experience – the experience of COVID has perhaps been the one that we’ve all experienced together to the greatest degree, really – so it would have seemed odd not to have any international voices.”

For the first time, Writers’ Week audiences will also have the opportunity to view a number of events from home with the ticketed series Curated Dozen: From Our Place to Yours.