In unveiling their program today, artistic directors Rachel Healy and Neil Armfield acknowledged that planning a festival amid COVID-19 constraints hasn’t been easy, with obstacles including border closures, the enforced performance hiatus for arts companies across the world, insurance difficulties and reduced venue capacities.

One of their solutions was to support local artists and companies “to use this year of enforced isolation to develop new work at a scale and ambition that hadn’t been possible before”.

“The 2021 Adelaide Festival has a record number of Australian premieres and we also backed new creative collaborations and made early investments in artists and projects that will bear fruit in 2022 and beyond.

“We’ve also found ways of giving Adelaide audiences ‘international’ experiences so they remain connected to the thrilling and urgent creative voices of artists beyond our shores.”

The 17-day festival will feature a total of 10 world premieres, 14 Australian premieres and 18 Adelaide-exclusive events, and will open with a free concert by pop singer Jessica Mauboy at Adelaide Oval on February 27.

It will be anchored by a pop-up festival club dubbed The Summerhouse ­– located next to the northern side of the Festival Centre – which will host a contemporary music program featuring artists such as San Cisco, Ben Lee, Dami Im, Paul Grabowsky, Mo’Ju, Ziggy Ramo and DJ Late Nite Tuff Guy (with a tribute show to Prince).

The centrepiece of the 2021 program will be the previously announced opera A Midsummer Night’s Dream, composer Benjamin Britten’s musical adaptation of Shakespeare’s popular comedy, which will be performed over four nights at the Festival Theatre and streamed on the big screen in The Summerhouse and to regional venues.

American counter-tenor Aryeh Nussbaum Cohen will lead the opera cast as Oberon, and while here will also perform a recital with pianist Konstantin Shamray at the Town Hall.

Another highlight will be The Plastic Bag Store, an installation by New York artist Robin Frohardt that for the duration of the festival will take up the space previously occupied by the Harris Scarfe store in Rundle Mall. 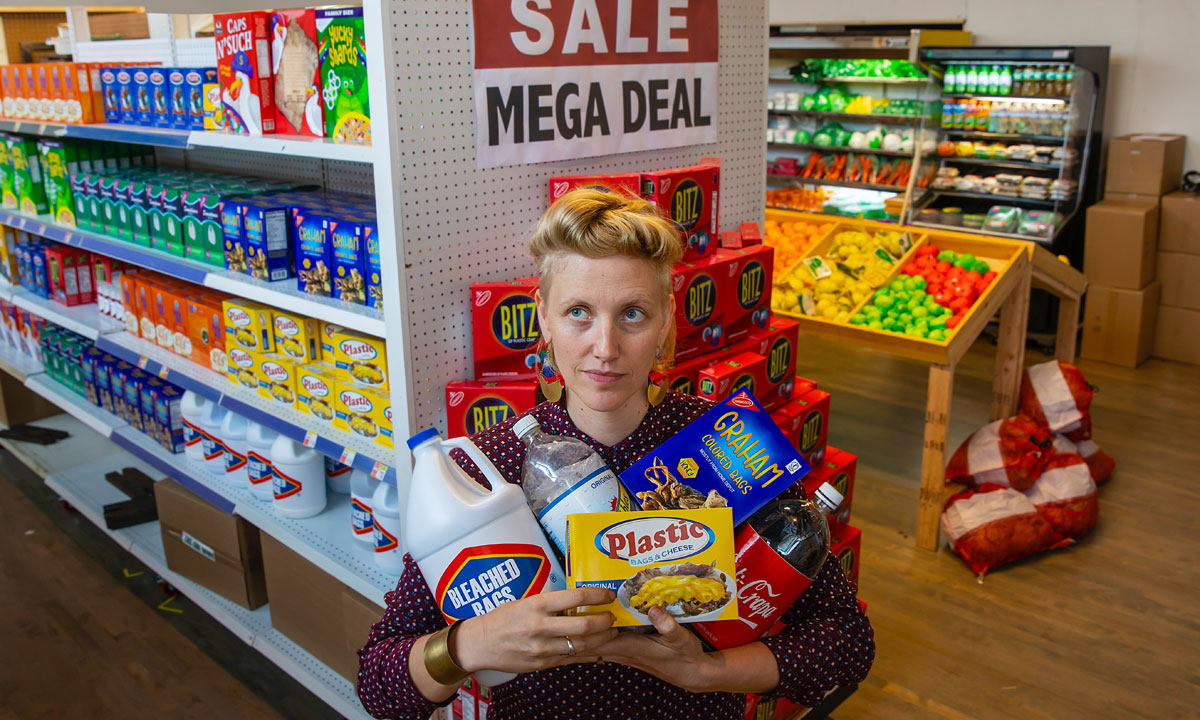 The Plastic Bag Store, which last month opened up in a vacant space in Times Square, appears at first glance to be a regular supermarket, but all the groceries and other items are made from plastic found in the streets and bins of New York City. Frohardt and her team will travel to Adelaide to oversee the set up of the Plastic Bag Store in Adelaide, where visitors will also be invited to take a guided tour enhanced by puppetry and film.

Healy says the installation is “both a hilarious and frightening commentary and experience on disposable culture”.

“It will be something that we believe can be a great talking point, an incredibly fun experience for kids and also something that shines a light on the use of single-use plastic.”

Another provocative installation work bound for Adelaide in 2021 is UK-based artist Selina Thompson’s Race Cards, which features a thousand different questions about race all written on index cards, with participants invited to answer one of them.

Medea will be presented as part of the Live From Europe program. Photo: Sanne Pepper

International artists will also be showcased through the four-part Live from Europe program, which will see specially commissioned live theatre, music and dance performances from Russia, the UK, Germany and the Netherlands streamed in real time to Her Majesty’s Theatre.

Some of the works will also be livestreamed to SA regional centres, with Armfield and Healy saying each will be introduced by its director or principal artist.

“Just like in any other Adelaide Festival, the artists and audience can see and hear each other, but the difference is that this time the audience-performer connection is mediated through high-resolution cameras and the latest in streaming technology.”

Among the world premieres in 2021 will be new works by South Australian companies Gravity & Other Myths, Australian Dance Theatre, Restless Dance Theatre, and a State Theatre Company SA and Slingsby collaboration, as well as a new theatrical piece called Set Piece by the creative team behind the 2019 Adelaide Festival hit The Second Woman.

The festival will also present, in partnership with Adelaide Film Festival, the world premiere screening of My Name is Gulpilil, Molly Reynolds and Rolf de Heer’s documentary about actor David Gulpilil. It will be accompanied by a retrospective screening of eight of Gulpilil’s films.

A new initiative on the final weekend of the festival will be Ngarku’adlu (“Let’s Eat” in Kaurna language), a two-day food event celebrating South Australian Indigenous food and culture.

Ngarku’adlu will comprise four picnics on the Barr Smith Lawns at the University of Adelaide and two fine-dining dinners at the SA Museum, all featuring menus curated and prepared by First Nations chefs and suppliers, interwoven with stories and knowledge shared by cultural leaders.

Other highlights of the 2021 Adelaide Festival program include:

Fangirls: Writer and composer Yve Blake’s high-energy musical ode to fangirls will take to the stage at the Adelaide Showground’s Ridley Centre after successful seasons in Brisbane and Sydney. Fangirls centres on a studious 14-year-old girl who is head over heels in love with a member of the world’s biggest boy band, with Healy promising it will be “an absolute injection of joy and energy and fun into the festival”. 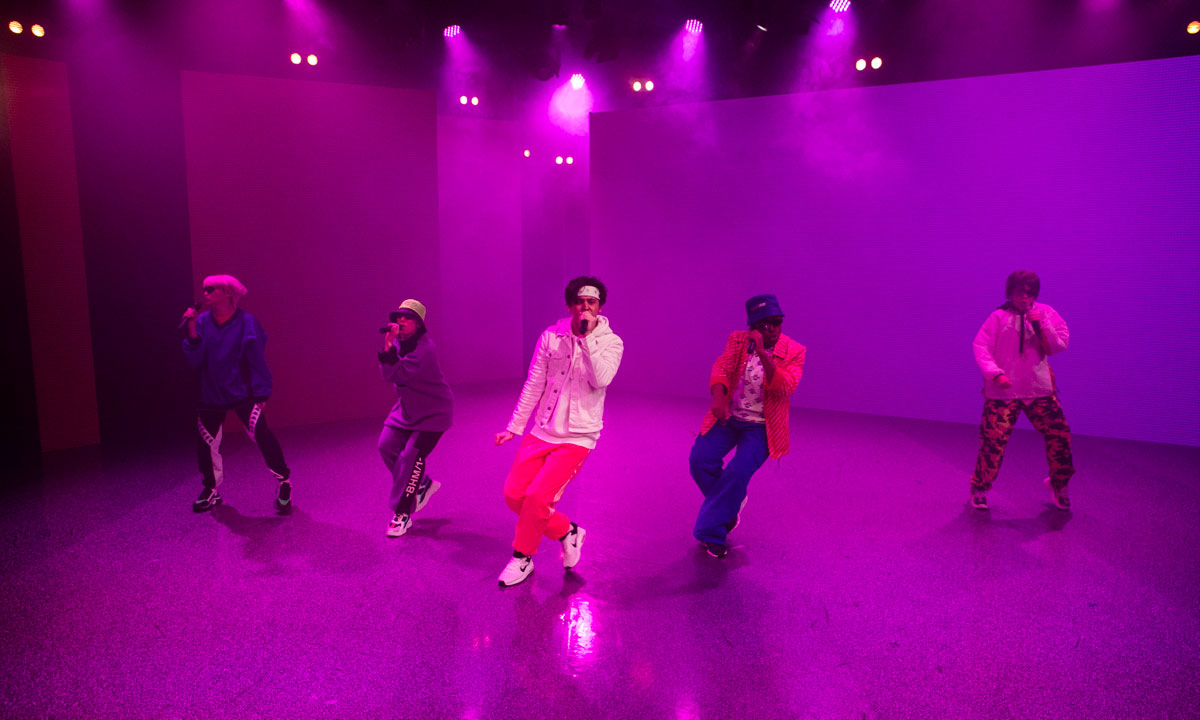 Fangirls will be presented over 14 dates at the Ridley Centre. Photo: Brett Boardman

The Boy Who Talked to Dogs: An Adelaide-exclusive show featuring shadow puppetry, Irish music and physical performance based on the true story of “dog man” Martin McKenna, who lived with six stray dogs as a homeless teenager in Limerick, Ireland, in the 1970s. McKenna’s story was adapted by Irish playwright Amy Conroy and is being presented at the Thomas Edmonds Opera Studio through a collaboration between State Theatre Company SA and Slingsby.

Small Metal Objects: Unfolding against the backdrop of pedestrian traffic in an urban setting ­– in our case, Glenelg’s Moseley Square – this work by Victorian company Back to Back Theatre sees headphone-wearing audiences members sitting on a raised seating bank to witness “an intensely personal drama” being played out somewhere in the crowd.

A German Life: A 90-minute solo performance based on the testimony of 103-year-old German woman Brunhilde Pomsel (played by Robyn Nevin), who worked as personal secretary to Nazi Germany propaganda minister Joseph Goebbels.

1:1 Concerts: Taking place in a variety of locations including Carrick Hill, Adelaide Oval and Hans Heysen House at Hahndorf, this series of more than 130 15-minute concerts is curated by Australian flautist Sally Walker, with each featuring a single musician performing for a single listener.

A Child of Our Time: British composer Michael Tippett’s oratorio, written in response to the Nazis’ Kristallnacht of 1938, will be performed by four soloists, the Adelaide Symphony Orchestra and the Adelaide Festival Community Chorus, under the baton of conductor and chorusmaster Brett Weymark.

Chamber Landscapes: Returning to UKARIA Cultural Centre, this series will be curated in 2021 by Kim Williams, with nine concerts celebrating great Australian composers, each prefaced by an Australian poem read by actor John Gaden.

Impermanence: Sydney Dance Company’s latest work, the result of a collaboration between artistic director Rafael Bonachela and composer Bryce Dessner of American band The National. It will be performed with the Adelaide-based Australian String Quartet.

Guttered: After their sold-out season of the site-specific work Intimate Space in the Hilton Hotel at the 2017 Adelaide Festival, local company Restless Dance Theatre will present this new work at Kingpin Norwood 10-pin bowling complex.

High Performance Packing Tape: An “OH&S nightmare” in which solo artist Lee Wilson uses office materials to perform a series of impressive feats that test the limits of both body and equipment. (An injury forced the cancellation of this show at the 2020 festival, but Wilson will be bringing an understudy in 2021.)

The Pulse: The latest show from SA’s Gravity & Other Myths, featuring all three of its ensembles (30 performers in total) alongside the 30-strong choral ensemble Aurora ­from Young Adelaide Voices. 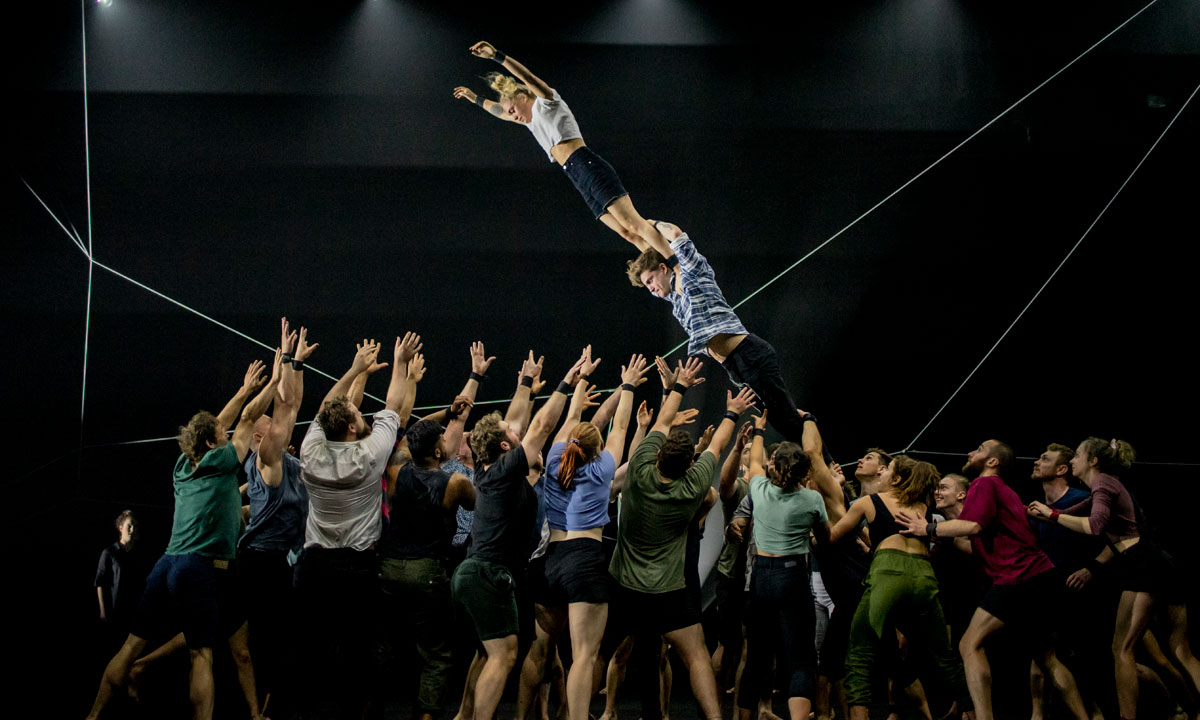 Gravity & Other Myths will present its biggest Adelaide Festival show yet with Pulse. Photo: Darcy Grant

The Adelaide Festival program also encompasses visual arts ­– with 2021 highlights including the Clarice Beckett exhibition at the Art Gallery of SA and the Adelaide//International at Samstag Museum of Arts – and Adelaide Writers’ Week.

Next year’s Adelaide Festival program will be the fifth presented by Armfield and Healy, who say it feels like their festivals in 2020 and 2021 could be the bookends of the COVID era.

“The first round of lockdowns started just two hours after our final 2020 event finished and, with the expectation of a vaccine in the first quarter of 2021, we are seeing this period as a time when the indispensable aspects of our lives fell into sharp focus.”

They hope it will offer “opportunities for renewal and restoration and a boost of energy, optimism and joy that comes with each Adelaide Festival’s abundance of creative imagination.”

The 2021 Adelaide Festival will run from February 26 to March 14. See the full program online.