Guaranteed to provoke strong emotions, Beethoven’s “Die Grosse Fuge” was initially despised by critics and audiences alike. Today it’s celebrated as a work of genius, far ahead of its time.

The complexity of the music, with the tricky cross-rhythms and difficult passagework that so disturbed Beethoven’s contemporaries, forces chamber orchestras to make their own choices about performance. Lyon Opera Ballet’s Trois Grandes Fugues plays on this notion of interpretation with three choreographers responding to three separate recordings of “Die Grosse Fuge, Op. 133” with very different dance works.

At the heart of Beethoven’s masterpiece is the human desire to find rhythm and pattern inside apparent chaos. This is beautifully exemplified in the clean, meticulous choreography of Lucinda Childs, who provides us with the opening piece. Twelve dancers articulate precision-perfect arabesques and déboulés in perfect unity and with such breathtaking grace that barely a footfall is heard.

There’s an airy, ethereal quality to the soft greys of costume and set, a lightness heightened by the fretwork backdrop. It all adds to the purity and elegance that imbues this most classical of the three pieces. 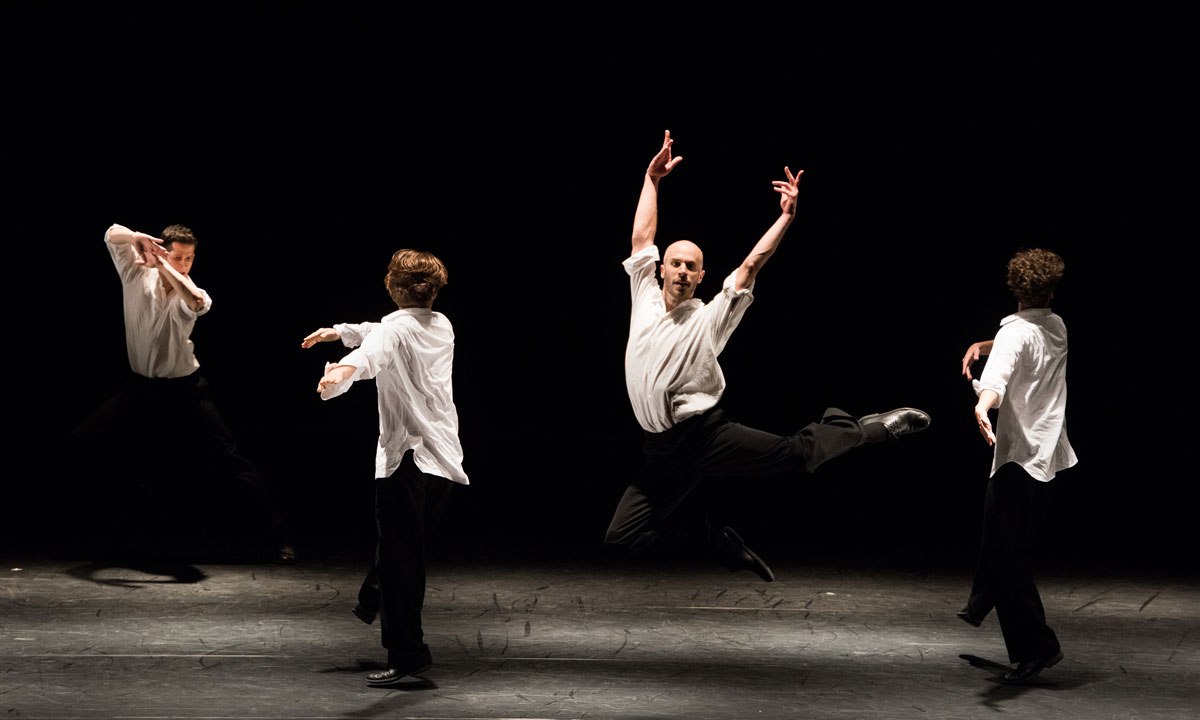 In the second version, by Anne Teresa De Keersmaeker, the ambience is more informal, the choreography freer, the recording (Debussy Quartet) more ferocious and uninhibited. Eight dancers in dark suits roll and tumble across the floor or leap and fall in casual formations that are more Westside Story than Swan Lake.

As the piece progresses the movements become looser, the costumes more dishevelled, dancers stopping to remove jackets, untuck shirts, roll up sleeves. Described in the program as a “male fugue”, there are occasional hints of Cossack dance and Sailor’s Hornpipe—it’s all fabulously eclectic, vibrant and thrilling. 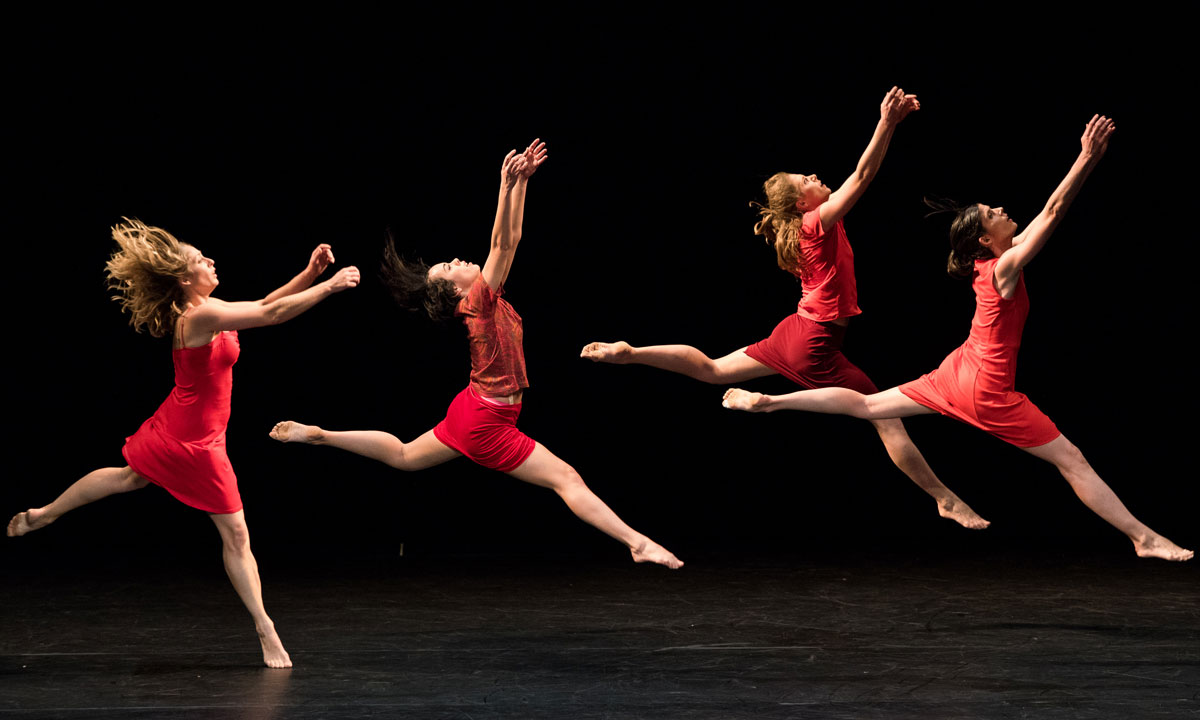 Choreographical provocateur Maguy Marin rounds off the program with a wildly passionate quartet of women in red that sits in perfect opposition to the tightly controlled dance work we began with. The movements are freer again, shoulders hunched and twitching impulsively, feet drumming, arms flung forwards in pleading despair or crossed in front of their faces as if to defend themselves from the music’s onslaught.

The women fall and rise, fall and rise, in an endless repetition of anguished motion that is reminiscent of flaming and guttering candles. There is no interaction, no exchange of gesture; the women perform the same actions but at different times. Even when their movements are synchronised they seem caught inside their individual torment. It’s the perfect finale, delving deep into the raw emotion of the music, deconstructing its dark, abysmal heart, contemplating our ultimate solitude.

“Don’t only practice your art, but force your way into its secrets… for it and knowledge can raise (humanity) to the Divine,” said Beethoven. Trois Grandes Fugues forces its way into the secrets of Beethoven’s masterpiece, exposing all the different elements of the score so that we experience the music with a new and numinous clarity.

The final two performances of Lyon Opera Ballet are today, March 7, at 2pm and 8.30pm in the Festival Theatre.