Requiem was a funeral mass written in the face of Mozart’s own declining health, and unfinished in his time. The Adelaide Festival version, expanded by Mozart’s student Franz Xaver Süssmayr under his initial direction, also incorporates musical links by Mozart and from elsewhere.

The tighter and robust original becomes, at times, more contemplative and wistful, though retaining its forceful core. It plays effectively with one’s emotions.

Director Romeo Castellucci’s imaginative production is variously visceral and tender. He is responsible for the set, and for costume and lighting designs that are often spectacular. There are breathtaking moments throughout and the end is especially gripping. 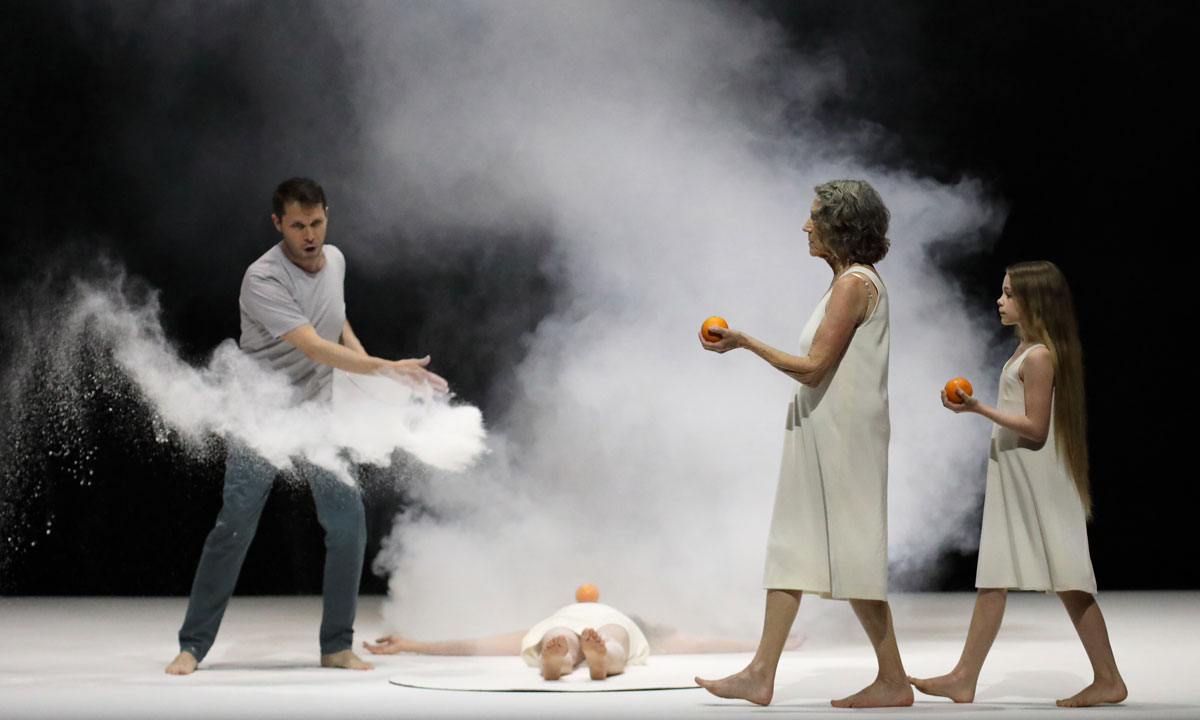 Castellucci weaves visual reminders of global issues, past and present, via a catalogue of extinctions projected in words against the rear of the stage. This text reminds us of ephemerality and fragility; the historical disappearance of whole peoples, places, languages, and more. Current concerns around the effects of climate change immediately come to mind.

A stunning extension of this is to contemplate other future losses. It moves well beyond obvious material matters and asks the audience to critically consider one’s personal identity and relationship; the vulnerability of the individual. It is an especially telling part of the performance. The performance begins with one death and ends with a new life, as if to wind backwards through time, and it also presents a series of clashes between technology and single lives.

The choreography (Evelin Facchini) is thoroughly engaging. Dancers include members of the Australian Dance Theatre, and all of the cast, including the singers, are frequently involved. Folk-dancing is prominent, suggesting a community’s formal and ritual response to shared grief at loss. Its variations embrace traditional forms from across the world and ceremonies that sometimes suggest pagan sacrifice. As funeral masses go, this is a broad church. 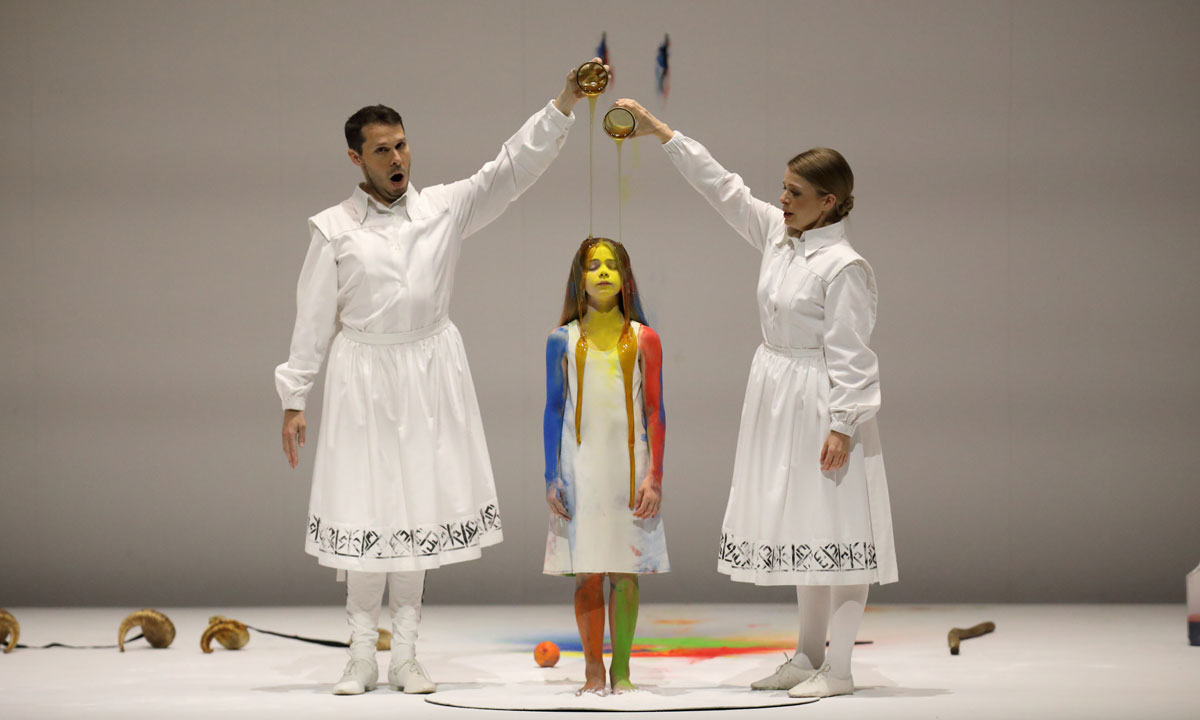 But back to the music. The ASO (conductor Rory Macdonald and concertmaster Natsuko Yoshimoto) give sterling support interpreting the augmented Requiem. The Adelaide Festival Chorus, under chorus master Brett Weymark, incorporates members of Adelaide Chamber Singers and State Opera Chorus and the voices are magnificent.

Singing while dancing is a major challenge that all seemed to manage well. There were very few instances of soloists wavering.

In Requiem, Mozart largely reverses the usual balance between soloists and chorus, giving more time to the latter while further highlighting the contribution of the soloists. Local soprano Siobhan Stagg is superb and the other three are very impressive – Sara Mingardo (alto), Martin Mitterrutzner (tenor) and David Greco (bass). Young Luca Shin (treble) is striking as he sings the opening Kyrie (Mozart’s C Minor Mass) unaccompanied. 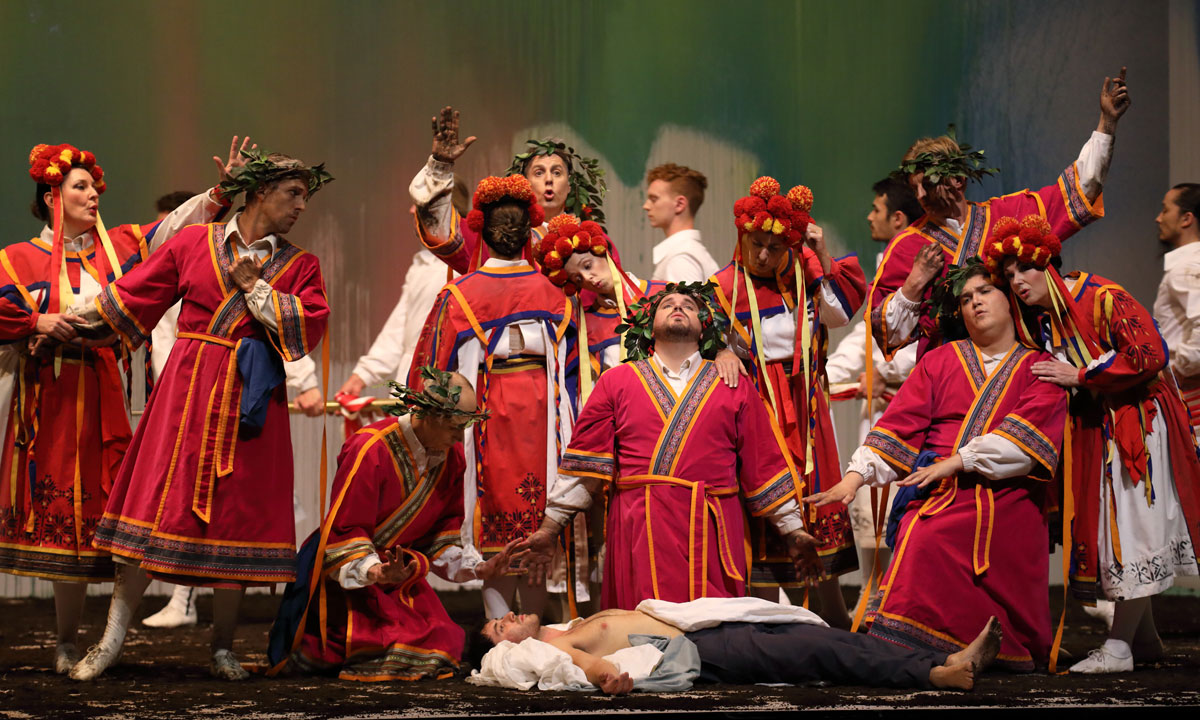 A tip: get your hands on the program. It provides a wealth of information about Requiem and this version, including illuminating interviews with Castellucci and his collaborator Raphaël Pichon.

A standing ovation was well deserved. Those fortunate enough to attend will be talking about this Requiem for a long time.

Requiem, a co-production of Festival d’Aix-en-Provence and Adelaide Festival, is being presented at the Festival Theatre until March 4.