The show begins with three filmmakers recording wildlife on precarious ice flows in the Arctic. The trio are hysterically funny as they create a snowy landscape with their bodies and drive small vehicles over it, then become the people inside a vehicle cabin operating windscreen wipers, sharing coffee and driving.

There are continual surprises in this delightful performance, including meeting a polar bear and its cub, and a large migratory bird in flight.  Occasionally, film complements the stage action and the sound effects create a vibrant, powerful experience.

Then we are taken inside a house, where the occupants are suffering from intense heat. Simple effects such as the use of fans on stage and furniture melting are theatrical magic.  An elderly puppet tugs at the heartstrings as she descends stairs, has her feet placed in a bowl of ice and eats a modest breakfast.

The audience feels for this family and its plight, trapped inside the hot house. A constant, intense wind also has them struggling to keep their feet grounded; the performers’ physicality and gravity-defying feats are impressive. 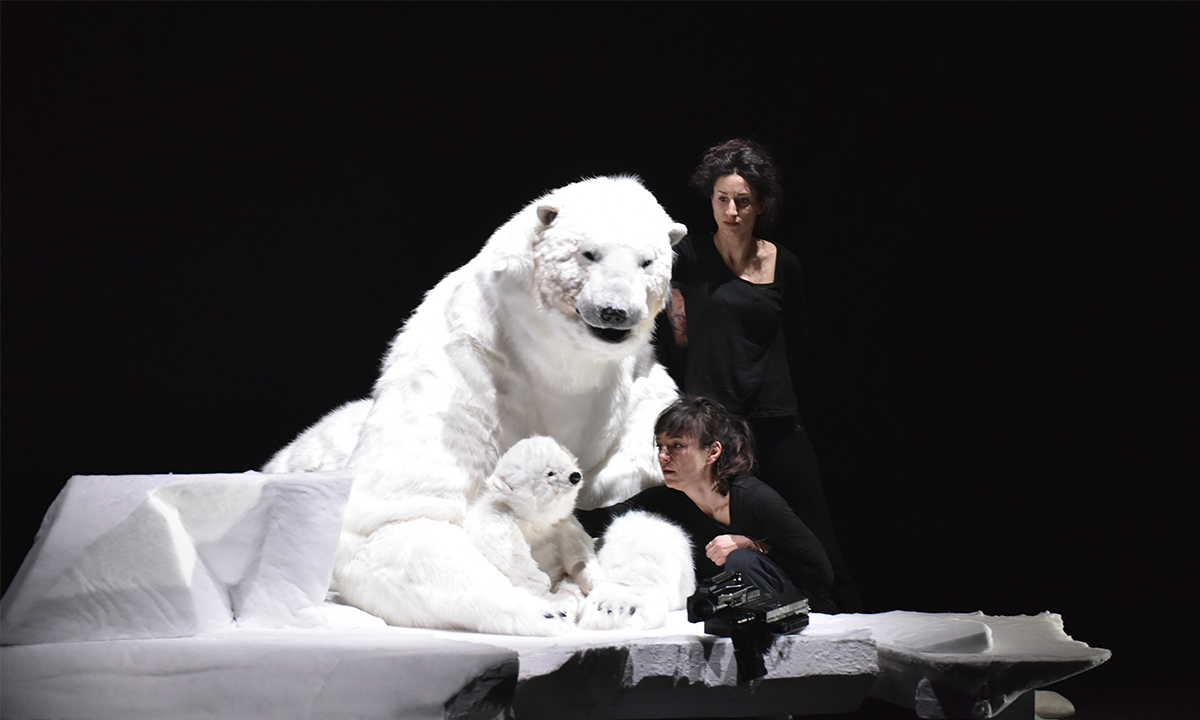 The brilliance of the Belgium-based Chaliwaté and Focus companies lies in their ability to realise comedy within tragedy – in this case, climate chaos and ecological collapse – and to create moments of both beauty and poignancy. The use of black theatre allows us to have an underwater experience with small fish, a shark, squid and a sleeping man viewed in their watery world; a lone woman in a kayak paddles above as the water rises steadily over images of civilisation.

Dimanche is superb theatre for our time and a wonderful experience for all audience of all ages, encouraging us to appreciate the world we live in while also contemplating the future. I took along a 10-year-old who revelled in it and was still talking about it excitedly the next day.

The Chaliwaté and Focus theatre-makers and performers create images that will stay with the audience for a lifetime – however long that may be.

Dimanche is being presented at the Space Theatre, Adelaide Festival Centre, until March 7.