Chia, who will work alongside joint artistic directors Neil Armfield and Rachel Healy, will replace executive director Rob Brookman, who recently revealed that he will retire at the end of the 2020 Adelaide Festival following a 45-year career in the arts.

Festival Chair Judy Potter described Chia’s appointment as “a coup” for the organisation.

“The Adelaide Festival Board is absolutely delighted to have secured the unique talents of Elaine Chia to work alongside our Adelaide Festival team to build upon the outstanding success of the 2017, 2018 and 2019 festivals,” she said.

“As a passionate advocate for the arts, her whole-of-business approach brings sensitivity to business and arts practices across diverse cultures and scenarios.”

Chia has been CEO of the City Recital Hall, considered one of Sydney’s leading arts venues, since 2016. She has more than 20 years’ experience in arts management roles, including with the Australia Council for the Arts, Sydney Conservatorium of Music, Belvoir Street Theatre and the Australian Youth Orchestra.

She will take up her new role in mid-April next year, and said in a statement that she relishes the prospect of heading up the Adelaide Festival. 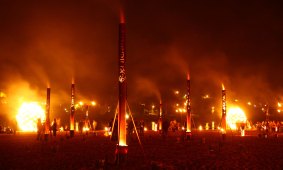 “I’m thrilled to join such an eminent team in leading it into its next exciting phase, and [am] also looking forward to making Adelaide my new home.”