The 17-day festival – the third presented by co-artistic directors Rachel Healy and Neil Armfield – will open on March 1 and feature 10 world premieres and 17 Australian premieres.

They include what Healy and Armfield describe as “some very special works of sublime playfulness and joy, along with works that are borne of the human impulse to understand, analyse and interpret world affairs”. 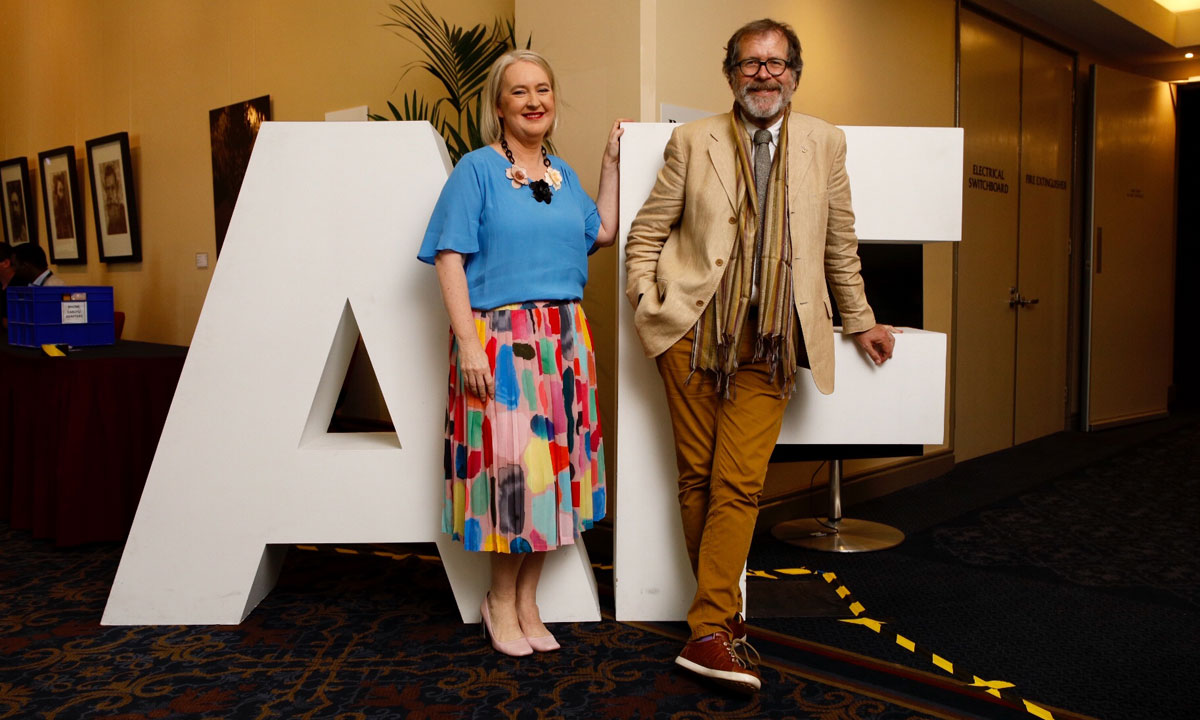 The program will open with the previously announced opera The Magic Flute, Barrie Kosky’s acclaimed production featuring a blend of live opera with Tim-Burton-style animation and a silent film aesthetic, which has already sold more than 6000 tickets and is expected to sell out before its season begins.

Opening weekend will also see the return of the free outdoor family concert in Elder Park, this time in the form of Symphony for Our World – a 90-minute nature-inspired film featuring imagery from National Geographic synchronised to a live soundtrack performed by an orchestra and chorus comprising 100 musicians and singers. 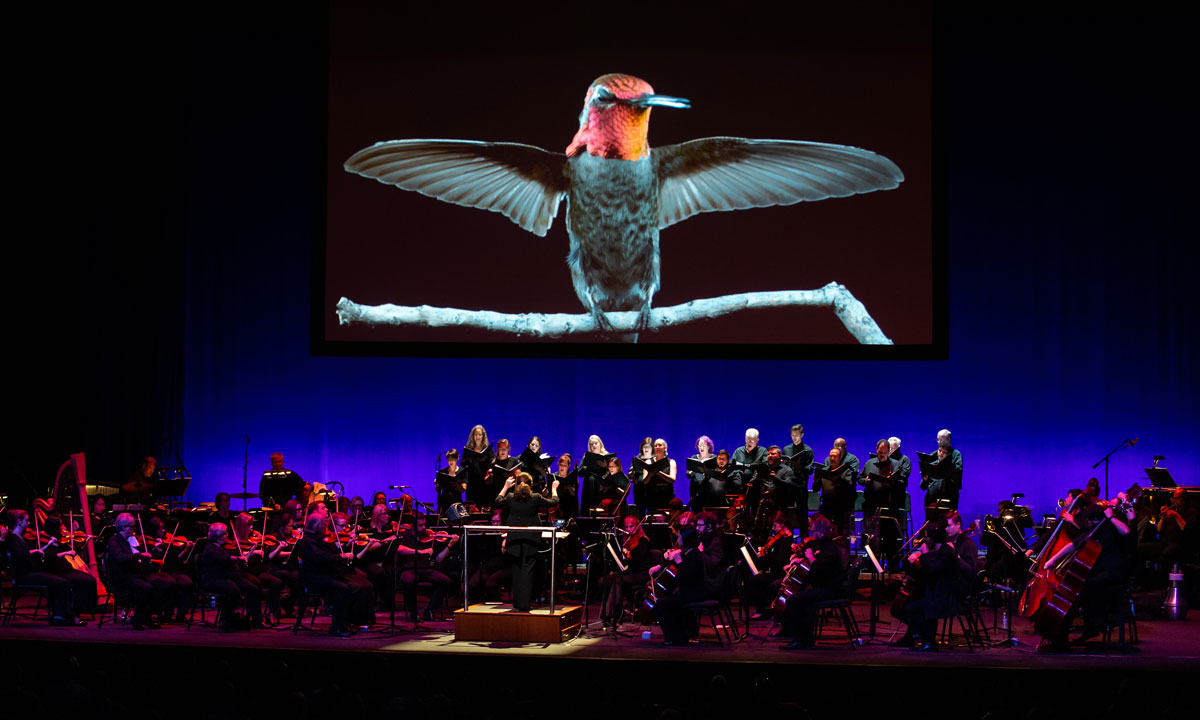 National Geographic’s Symphony for Our World.

Leading the dance line-up is German choreographer Johan Inger’s large-scale contemporary take on Carmen, performed by Dresden-based Semperoper Ballett, which retells Bizet’s story of seduction, betrayal and murder through the eyes of a small boy and is said to highlight Don José’s “pathological fear, violence and suppression of a courageous and sexually independent woman”. Healy describes Carmen as a centrepiece of the 2019 program, and “very much a retelling for this era”.

Australian choreographer Meryl Tankard’s reworking of her signature work Two Feet for acclaimed Russian prima ballerina Natalia Osipova will have its world premiere at the festival. Two Feet was first presented in 1988, with the solo role danced by Tankard and inspired by both her own experiences and those of famous Russian dancer Olga Spessivtseva. 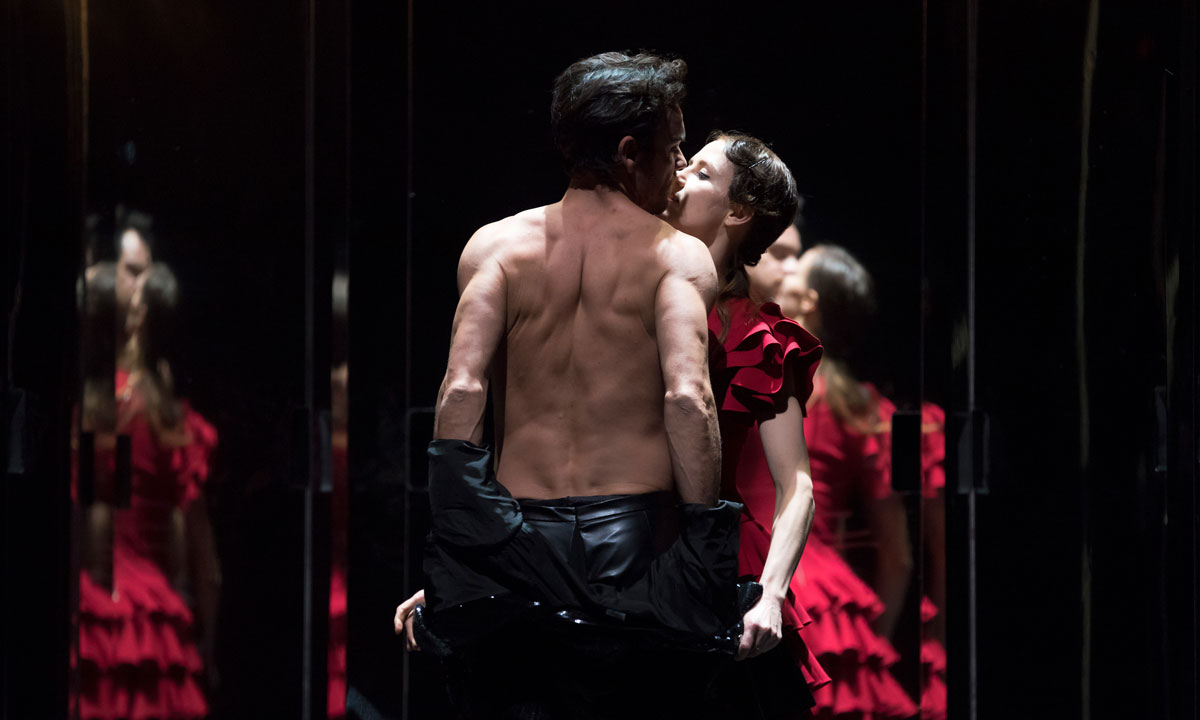 The festival’s artistic directors say “human displacement and migration” are recurring themes across the program, and this is especially evident in Manus, a play in which interviews with Iranian asylum seekers on Manus Island and Nauru are presented verbatim – in Persian with surtitles – by a cast of eight actors.

Manus director Nazanin Sahamizadeh created the production to highlight the effects of Australia’s offshore detention policies through the voices of refugees. The festival season will be the first time it has been performed in this country, with the program warning: “It may not be easy to watch but the white hot ardour and authenticity of this piece make it a must see.” 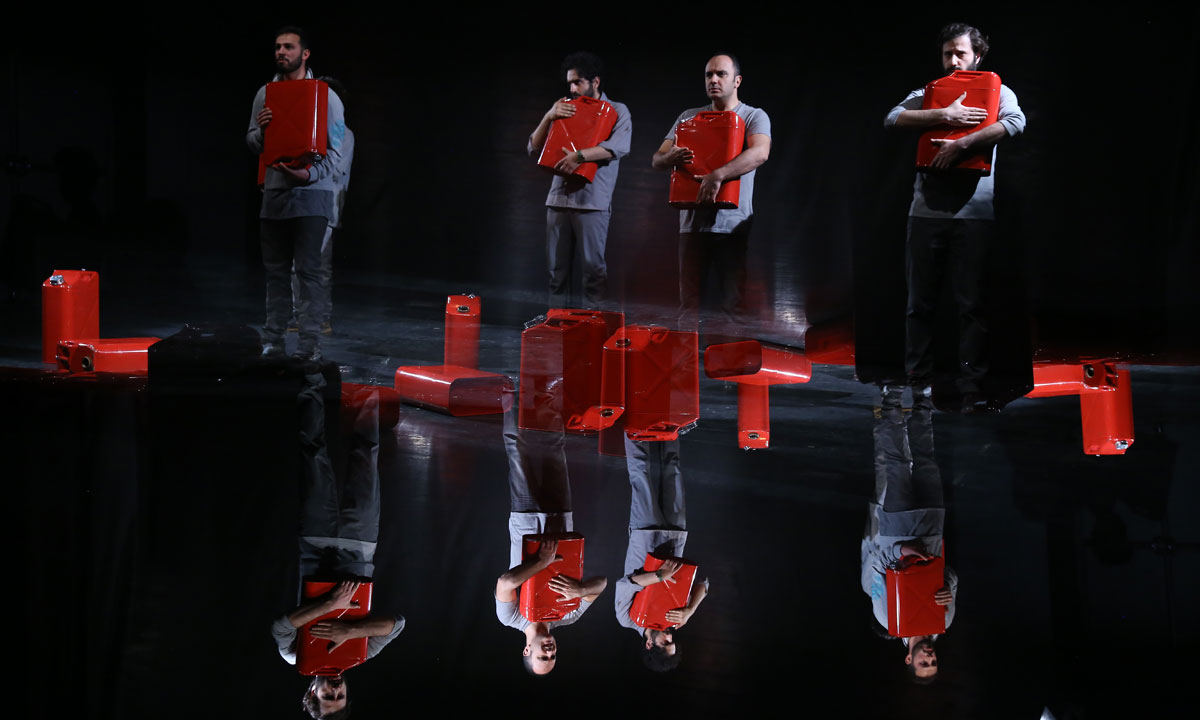 Continuing the theme will be an exhibition in the Adelaide Festival Centre’s Festival Theatre foyer of more than 160 photos showing the flow of refugees from Africa and across the Mediterranean towards Europe.

Another provocative play which will have an Australian exclusive season in Adelaide is Ulster American, written by playwright David Ireland and presented by Scotland’s Traverse Theatre, which centres on three people meeting to rehearse a West End play “in a post-Weinstein world”.

Ulster American secured four and five-star reviews at this year’s Edinburgh Festival Fringe, with London’s The Guardian describing it as a “brilliantly brutal satire“, while The Telegraph said it had audience members “caught between gasps, guilty guffaws and the urge to storm out“.

The varied music program includes a festival-commissioned song cycle by Paul Kelly and composer James Ledger, Thirteen Ways to Look at Birds, which will be performed with the Seraphim Trio at Adelaide Town Hall; Moscow’s famous Sretensky Monastery Choir, and two programs by the 60-strong international collective the Mahler Chamber Orchestra.

The Palais on the River Torrens will once again be activated with talks, long lunches and a dynamic line-up of gigs featuring singers and musicians such as Sarah Blasko, Megan Washington, Augie March, The Paper Kites, The Necks, Camille O’Sullivan, and The Others (featuring Paul Grabowsky, James Morrison and Kram).

Included in the festival program released today is an Adelaide Writers’ Week session at Elder Hall featuring feminist Germaine Greer, who has courted controversy with her recent comments about rape and was reportedly dropped as an invited guest at the Brisbane Writers’ Festival earlier this year.

Titled Rage, Rape and Revolution, the event at Elder Hall will see Greer and fellow feminists Sohaila Abdulali, Soraya Chemaly and Lucia Osborne-Crowley “discuss the resilience of patriarchy and the fiery debates within feminism on how best to bring it down”. 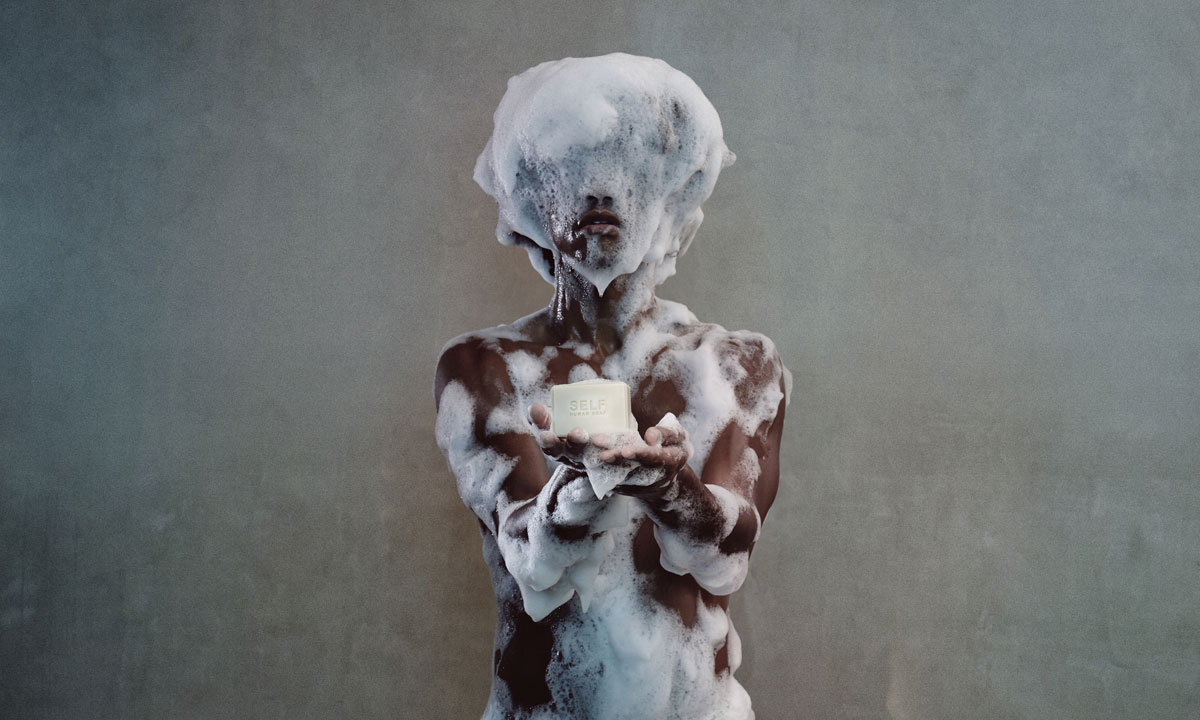 Unarguably the most bizarre event at the festival will be the Dutch “performative installation” / pop-up store Schuldfabrik. Promoted as artist Julian Hetzel’s “sustainable solution for upcycling the excesses of the West to the third world”, Schuldfabrik will see the donated fat from liposuction patients repurposed into soap, labelled Self – Human Soap, which is then sold to raise money to dig wells in a village in Malawi.

It’s a show and a shop, with Adelaide CBD locations to be revealed in February, and if you’re intrigued you can check out the videos on Hetzel’s website. But before booking your ticket, perhaps take note of the program advice: “Soap machine may produce an intense fragrance.”

Other Adelaide Festival highlights include:

A Man of Good Hope: A musical theatre show by South Africa’s Isango Ensemble based on the real story of Asad Adullahi, whose life journey took him across six African nations after he witnessed the murder of his mother in Somalia when he was just eight years old. The show will be performed by a cast of 22 at Adelaide’s Royalty Theatre. 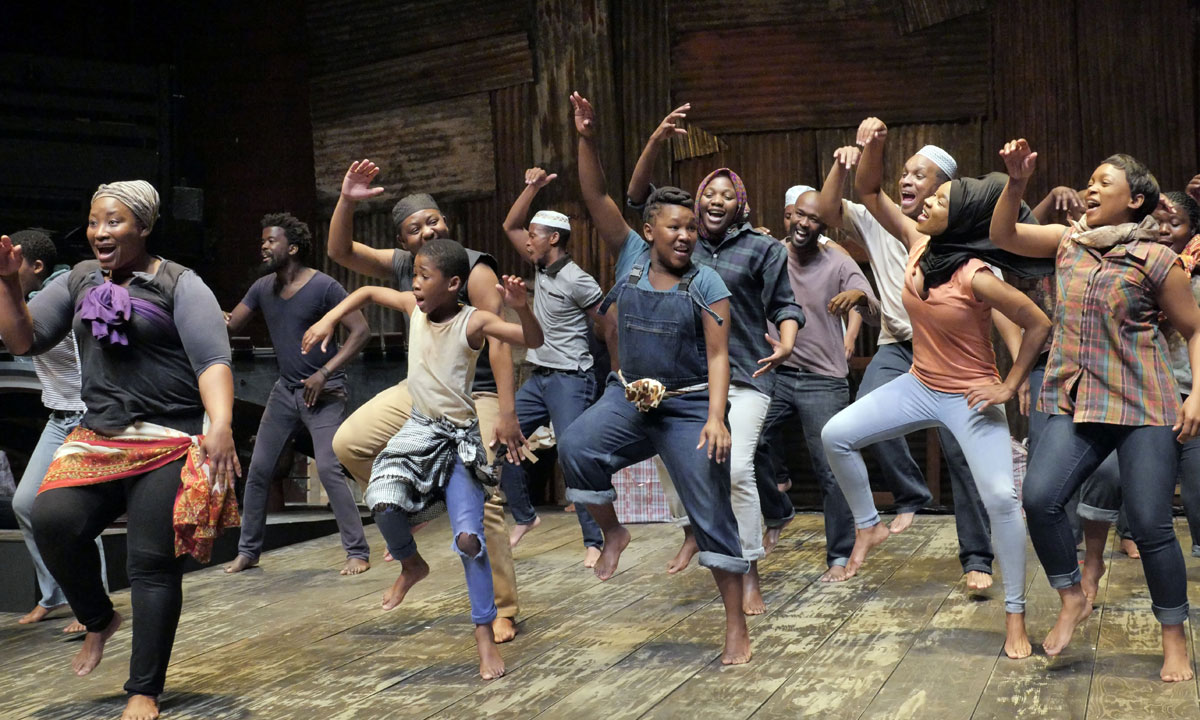 The Second Woman: Created by Nat Randall and Anna Breckon as “a contemporary examination of engendered power relationships”, The Second Woman sees one actress play the same 10-minute scene 100 times continuously over a 24-hour period. Playing opposite her will be 100 different men, recruited from the Adelaide community.

Zizanie: Adelaide’s Restless Dance Theatre, which presented the 2017 festival hit Intimate Space at the Hilton Hotel, returns with this new all-ages work created by Meryl Tankard which seeks to “show that weeds are really just flowers in the wrong garden”.

Foehn: Plastic bags are transformed into all manner of creatures by a puppeteer in this imaginative family show performed to the music of Debussy and presented by France’s Compagnie Non Nova.