As one of the first indigenous people to engage with Western culture and build relationships with colonial invaders – an interaction that led to alienation from his own people and, eventually, descent into alcoholism – Woollarawarre Bennelong can be seen as a poignant and tragic figure in Australian history. Of course he can also be seen as a fighter… or a collaborator… a victim… or a survivor… a realist… or an idealist (to paraphrase from Bennelong‘s score).

The truth of the matter is we don’t really know much about the real Bennelong.

In the dexterous hands of choreographer Stephen Page and the Bangarra Dance Theatre, the complexities of this historic tale are beautifully portrayed and keenly felt.

Through ingenious choreography and compelling performances, Bennelong emerges as a strong and remarkable character, a symbol of the ongoing struggle of First Nations people trying to marry an imposed European culture with their indigenous heritage. And it is this exploration of historical “truth”, the way that it reverberates in the present and links us to the past, that makes Bennelong such an extraordinary and deeply important piece of dance theatre.

Page’s vision is perfectly matched by the bold statement of Jacob Nash’s set, a masterful combination of earthy and techno that frequently speaks of both past and present: neon chevrons that could be boomerangs or military insignia, a mirrored box that could be Bennelong’s hut or a mental prison. 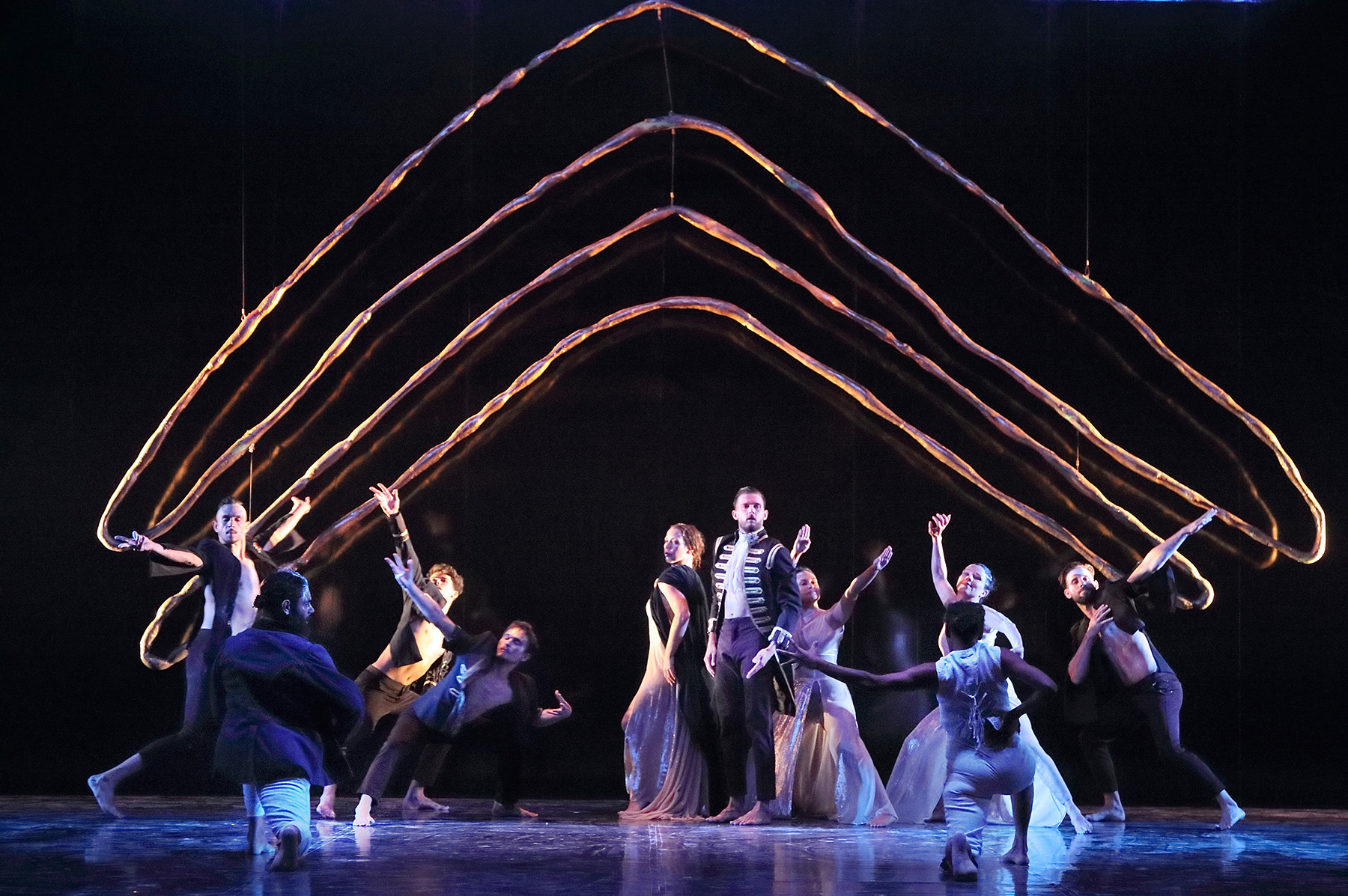 The performance begins with a large smoking ring hanging at the back of the stage like an ancient planet and Bennelong emerging from a circle of leaf-clad dancers as if being birthed from the land. He becomes a leader of his people, bristling with broad-chested pride until he is captured by Captain Arthur Phillip, who lures Bennelong and his friend Yemmerawanye to Britain.

When Yemmerawanye dies, Bennelong is devastated. He tries to return to his people but is rejected, left brooding alone, dressed in a red military jacket and drinking from his colonial hat. As he rages, a mirrored box is gradually built up around his weeping, yelling figure until he finally (and pertinently) disappears from sight.

Supported by strong performances from the entire company, Beau Dean Riley Smith plays Bennelong with a dignity and poise that is utterly magnetic. Elma Kris is equally enthralling as Spirit of the Land, her movements imbued with spiritual power and timeless grace. 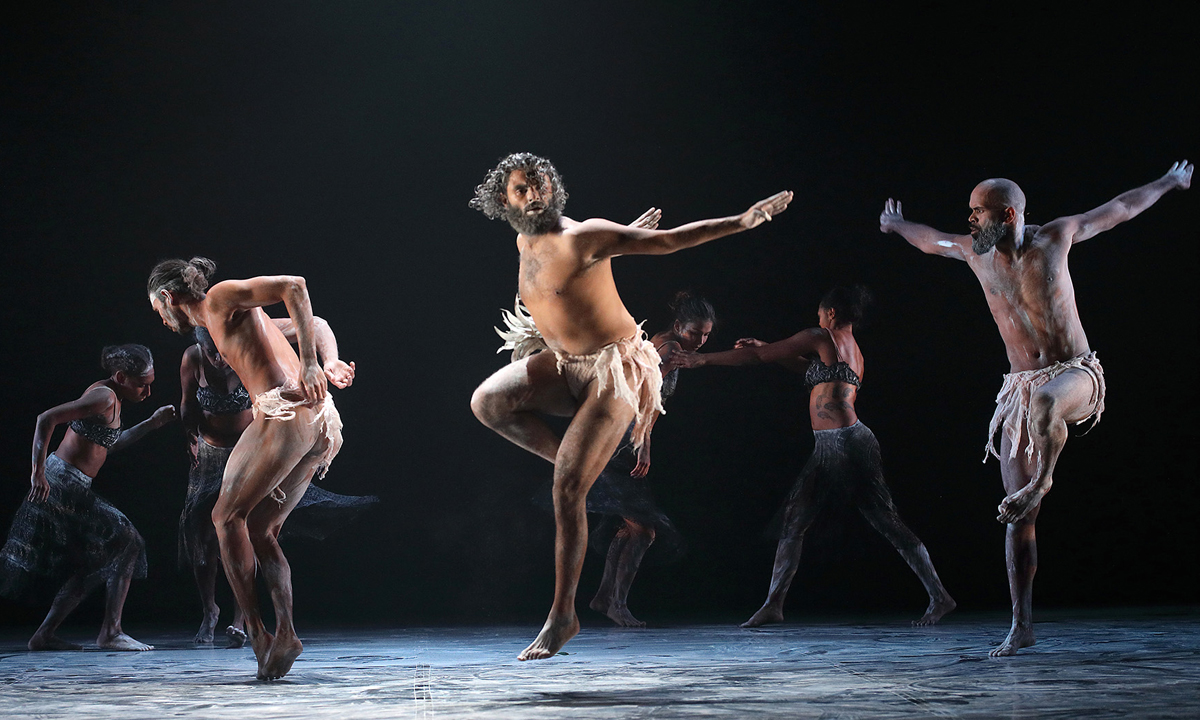 Some truly remarkable costumes (Jennifer Irwin) that somehow manage to appear simultaneously historic, contemporary and futuristic, and a faultlessly modulated score (Steve Francis) that moves effortlessly between epic soundscapes and folksy sea shanties, help to submerge the audience so deeply in Bennelong’s story that we don’t just watch his actions, we feel his curiosity, his confusion, loneliness and grief.

Page’s genius is evident in the way he stitches contemporary dance, ballet and traditional indigenous dance into a seamless cloth that billows and flows across the stage. This elegant melding of styles waves a flag of hope across the dark backdrop of Australian history; if we give equal weight and respect to each other’s cultures, if we feel as well as listen to each other’s stories, maybe we’ll begin to fully understand one another and move towards genuine reconciliation.