What happened when you were 21? How did you become an adult?

Twenty-one is the age at which, in many countries, we’re considered to be “officially” a grown-up. By the time this milestone birthday rolls around, we’re usually making our own decisions about where we want to live and who we want to be. It’s often a time of transitions.

In 21: Memories of Growing Up – a video gallery created by Swiss artist Mats Staub – people of diverse ages and backgrounds tell stories from the year they turned 21.

Staub began his project in Germany when he was asked to work with the residents of an aged-care facility. Since then, he’s continued to add to his collection of “portraits”, gathering subjects in each new location.

He begins the creative process by engaging in deep conversation with participants over an hour-long interview. The recordings are then edited to create shorter pieces – approximately 10 to 20 minutes in length. Three months later, participants are filmed as they listen to their recollections played back to them.

The resulting pairings of audio and video clips are what comprises the installation. Low benches face a group of screens in a darkened room. Using headphones and simple controls, visitors can scroll forward and back to choose the stories they wish to listen to, guided by a program that lists names, places, years and the length of each piece. 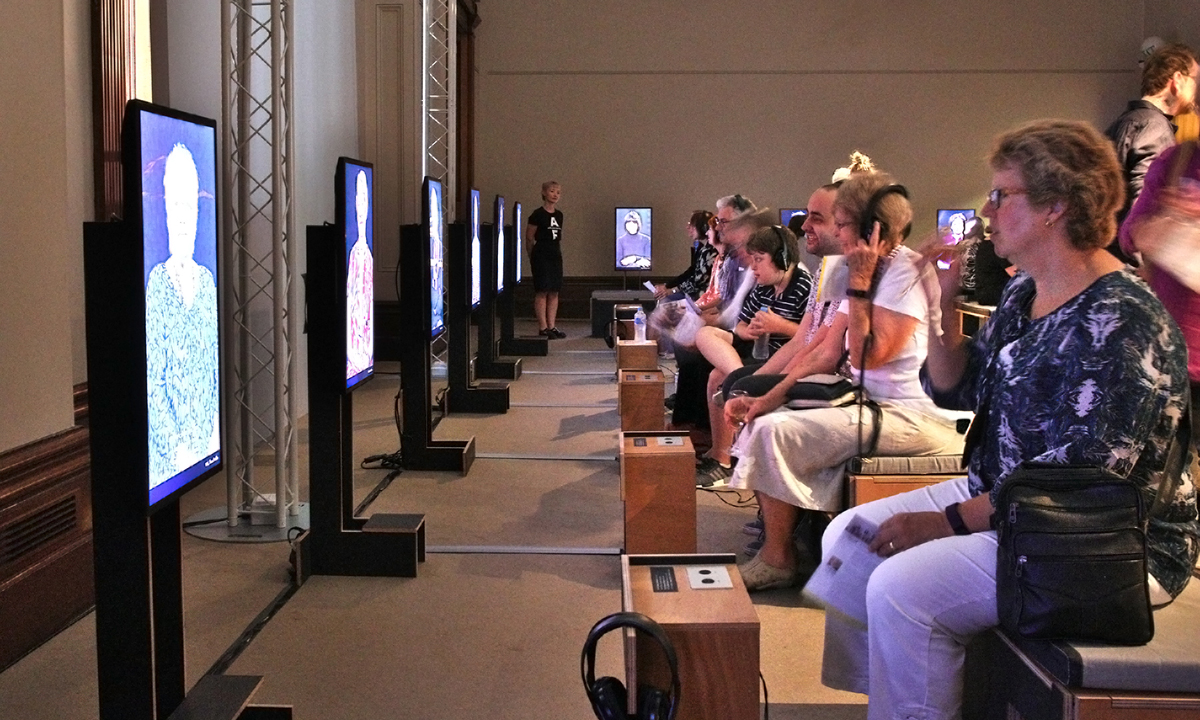 A viewing of this work provides more than just a brief connection with the lives of strangers. It offers snapshots of periods in time as well as intriguing glimpses into the private lives of the subjects.

The act of listening to the experiences of others prompts memories of our own to resurface. What was it like to be growing up at that time?

One man recalls his struggles with coming out as a gay man in a strictly religious family. A young Aboriginal woman speaks of her “scrapbooked” life with her adopted family and the struggle to piece together her identity.

There are familiar cultural references and mentions of major political and social events, but it’s the personal journeys that make Staub’s work so compelling. These aren’t famous people. They are ordinary inhabitants of cities and towns across the world.

This Adelaide Festival showing of the work covers the years between 1939 and 2015 and introduces participants from places as diverse as Belgrade, Johannesburg, Kinshasa and Canterbury. Several Adelaide portraits have also been added.

Staub’s work provokes viewers to discover commonalities of lived experience despite cultural boundaries and differences in race and class. How do we deal with the difficult experiences we face in our lives? Should we listen more to others and pay attention to what’s in our own hearts?

Watching the storytellers’ reactions to their own words is absorbing and it would be easy to spend many hours immersed in this exhibition. Audiences are invited to retain their ticket to revisit the work throughout the course of the 2018 Adelaide Festival.

21: Memories of Growing Up runs until March 18, 10am to 5pm daily (closed on public holidays), at the State Library’s Institute Building. There will be an artist’s talk with Mats Staub today (March 5) at 5pm in the Institute Building (bookings essential).