“The book of the festival, I’m picking, is The Trauma Cleaner by Sarah Krasnostein,” Kroetsch says of the March 3-9 Writers’ Week in the Pioneer Women’s Memorial Garden.

“I have never given that book to anyone who hasn’t read it and fallen in love with it and just gone, ‘Oh my God, that was so amazing’.”

Krasnostein is among a strong contingent of biography and memoir writers in this year’s line-up, with The Trauma Cleaner telling the true story of Sandra Pankhurst, a “husband and father, drag queen, gender reassignment patient, sex worker, small businesswoman and trophy wife” who runs a specialist trauma cleaning service.

Another whom Krotesch believes audiences will “fall madly in love with” is American poet Patricia Lockwood. Her memoir, Priestdaddy, was written after she spent a year living with her parents. Its title is inspired by her father, who was ordained as a Catholic priest after marrying and having five children.

“It is laugh-out-loud funny – there’s no misery in it.

“Her mother and father are hysterical, eccentric people … it’s one of those books where everyone just cries laughing.”

The idea of change – personal, environmental, social and political – runs through the 2018 program, from former radio host Eddie Ayres’ memoir (Danger Music) about teaching music to children in Afghanistan and his personal transition from female to male, to Charles Massy’s story (Call of the Reed Warbler) of how he went from being a chemical-using farmer to a “radical ecologist” urging a change in the way we farm and grow food. 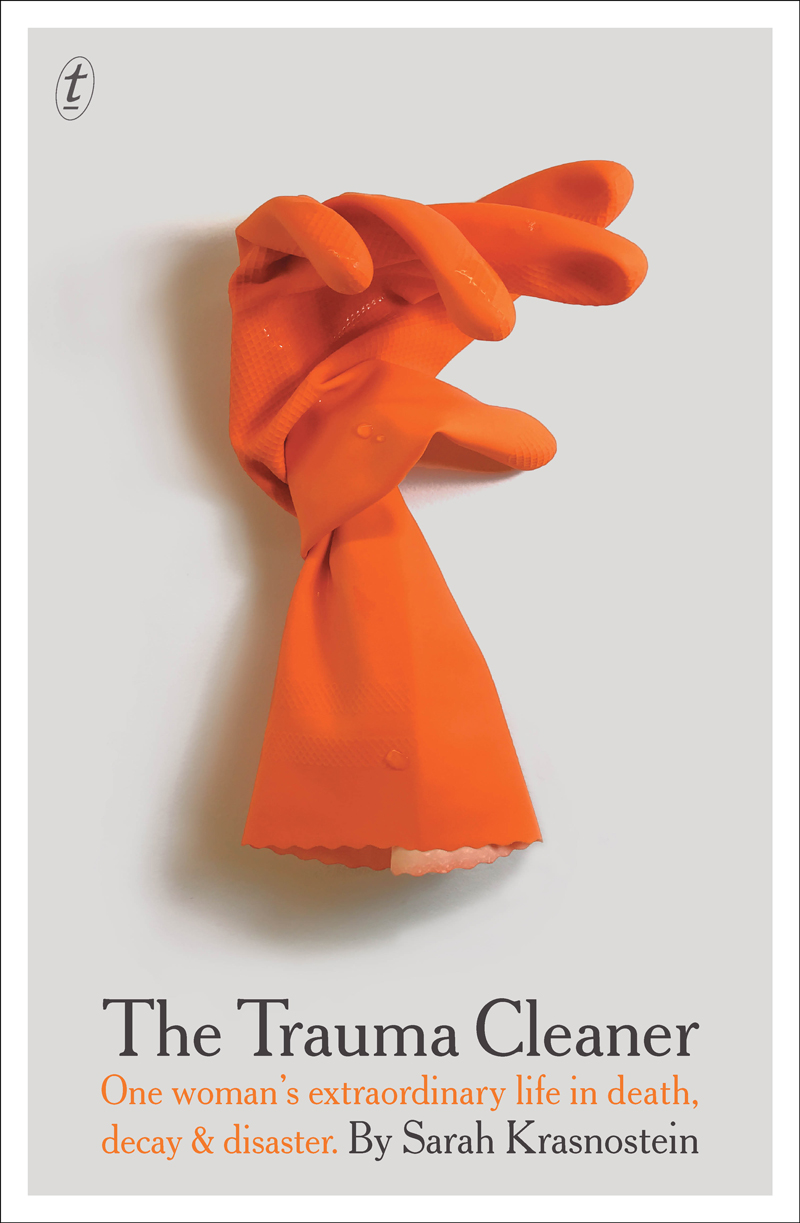 Kroetsch says the program also reflects a trend towards speculative fiction exploring issues such as climate change and terrorism.

She predicts that “eco warrior” Barbara Kingsolver, whose most recent novel Flight Behaviour explores the changing behaviour of monarch butterflies as a symptom of climate change, will draw a large crowd when she speaks on day four of the festival.

Other guest writers who tackle environmental issues through their fiction include SA-based author Jennifer Mills, whose new book Dyschronia sees the residents of a coastal town wake up to find the sea has receded, Maja Lunde (The History of Bees) and Corey Doctorow (Walkaway).

“I think there’s a bit of that zeitgeist now where we have a fair number of people writing about climate change and that is always about tipping points,” Kroetsch says.

“Homegrown terrorism” is also an emerging theme for novelists. British-Pakistani guest author Kamila Shamsie’s Home Fire (longlisted for the Man Booker prize) and Iranian-American novelist Laleh Khadivi’s A Good Country are both about young men in the West becoming radicalised despite their families’ efforts to protect them.

Fans of crime fiction won’t be disappointed, either: Australian author Mark Brandi (Wimmera) and Irish-born/Australia-based writer Dervla McTiernan (The Ruin) will come together for a conversation about “the uniquely sinister place that is the small town”, and McTiernan will also join with Louise Penny (Glass Houses) to discuss “corruption and crime in isolated places”.

“And there are two historical fiction writers,” Kroetsch says. “One is Thomas Mullen, who has written this fantastic novel (Darktown) about the first two black policemen in the Atlanta Police Department … and Sarah Schmidt has written a terrific novel about Lizzie Borden, See What I Have Done.” 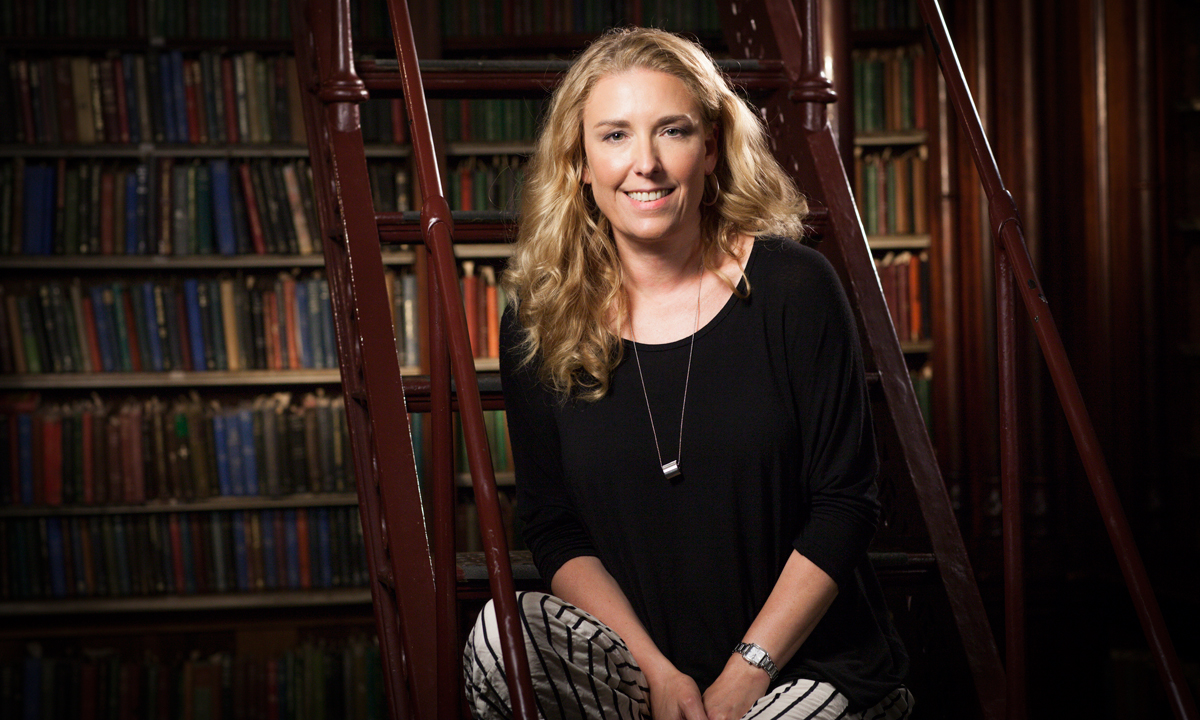 This year’s Writers’ Week will be bittersweet for outgoing director Laura Kroetsch.

But Kroetsch predicts that one of the most popular Writers’ Week sessions will feature a guest who doesn’t have a published book to promote. Academic Clive Hamilton’s Silent Invasion, which examines the influence of the Chinese Government in Australia, was pulled from publication by Allen & Unwin after concerns about potential legal action by China.

Hamilton, who had been booked for Writers’ Week before the decision was made, will speak about “Free Speech in a Chinese World” in a Sunday afternoon session. He was keen to come to Adelaide to talk about why he doesn’t have a book, Kroetsch says.

“I think there will be a massive amount of interest in that.

“We tend to get really big audiences for anything about China – people are fascinated by it.”

The theme of change isn’t confined to the books featured at the 2018 Adelaide Writers’ Week – it will also be the final event presented by Kroetsch after seven years as director, and there is some uncertainty about the future direction of the festival.

Kroetsch says although she is looking forward to her next role, directing the new Dark and Dangerous Thoughts program at the Dark Mofo festival in Hobart, it will be sad to farewell Writers’ Week.

“I’m fine in the office, but I know when I’m on site with that audience it’s going to be hard … it’s been such a journey and I love that audience so much.

“That’s been my favourite part – watching that audience respond to people, and talking to them. I love listening to writers and I love the opportunity to talk to them, but there’s such an amazingly respectful and engaged and interested audience.

“It’s going to be really sad.”

With the Dark Mofo role a short-term contract, Kroetsch plans to remain based in Adelaide.

“I imagine this time next year it will be very strange because I won’t be part of it [Writers’ Week], but the good bit about it is that I will get to go.”

The 2018 Adelaide Writers’ Week will be in the Pioneer Women’s Memorial Garden from March 3-9. The full program guide will be officially launched tonight and available in bookshops from today.