We are asked to contemplate the difference between madness and evil, and the role of the cycle of wealth and power.

Actress Catherine McClements plays Claire, an Anglican minister in a small Scottish community who is a survivor of the latest massacre. She also runs a choir for vulnerable members of the community – which, after “the events”, is potentially everybody – and speaks for us all as she attempts to unravel the reasons behind such atrocities.

Johnny Carr plays “The Boy”, who has committed the murders within the otherwise quiet, idyllic community. “I have Mass Shooting Event Syndrome,” he explains to justify his horrific violence.

Carr also plays all the other characters (male and one female) with whom Claire comes in contact throughout the play as she searches for reason and understanding at the expense of her own mental health. “My soul left my body that day and it hasn’t come back.” Her faith comes into question: “I pray … nothing,” she laments.

The third star of the show on opening night was the all-female Aurora Choir, which was superb in its harmony, balance and purity of voice – a stark contrast to the tragic events being thrust upon us. A different community choir will appear at each performance of the play, with members also drawn into the events quite cleverly as observers and also participants in a bizarre Q and A session with the characters.

Multi-culturalism, religion, racism and infanticide are all brought into the search for reason and there are numerous pop-culture references, often providing unexpected humour amid the grimness. 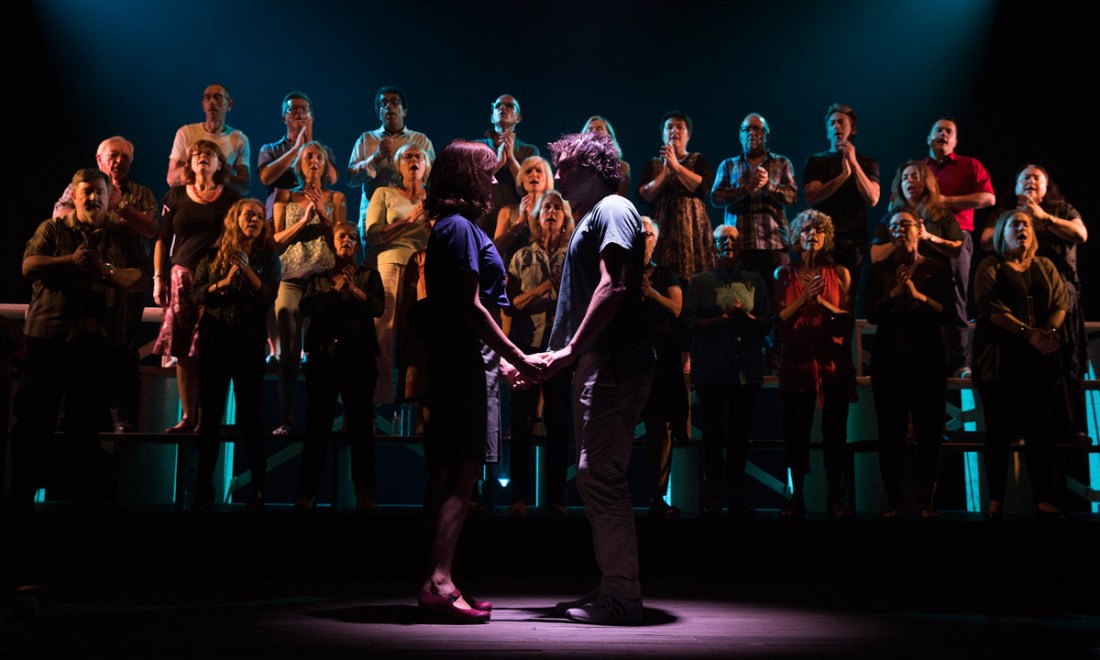 A different community choir will appear at each performance. Photo: Shane Reid

The Events is tight and it is edgy, presenting the facts, dilemmas and contradictions of humanity. The layers of the story are skilfully revealed, often evoking shock and incredulity among audience members who are dragged into the revelations as if it was their own community at risk.

There is an awful lot to contemplate and keep up with in what felt like a 90-minute play crammed into 70 minutes of frantic activity, no doubt to keep the audience from ever feeling at comfortable in the presence of evil – or is it madness?

The ending requires a fair suspension of disbelief, but you will need to go and see this disturbing, questioning play to find out what happens. It will be worth it.

The Events, presented as part of the Adelaide Festival program, is at Her Majesty’s Theatre until March 5.