Warm heavy thumps throbbed in bulbs that pushed giant lumps of low-end sound out into the street to blossom into sonic signatures.

Shadows climbed inside the hall as bleeps and earnest vocals weaved into the thump; the communal heart of Tralala Blip from regional NSW. Their beeps, swishes and trills suggested they had decommissioned R2-D2 and built drum machines and effects gear with his kindly circuits.

If Tralala Blip was a passenger train allowing for probing views into the passing landscape, the next act, SUMS – from electronic producer Kangding Ray (France) and Barry Burns of Scottish post-rockers Mogwai – was like a harried glance over the shoulder of a Viking oarsman keeping time to a Longship’s drum.

The heavy rhythm shuddered through the empty opera boxes and beat against the lode-bearing walls of the Thebarton Theatre. The atmospheric elements here were a touch too blotted out by the sweat and blood of the beat. 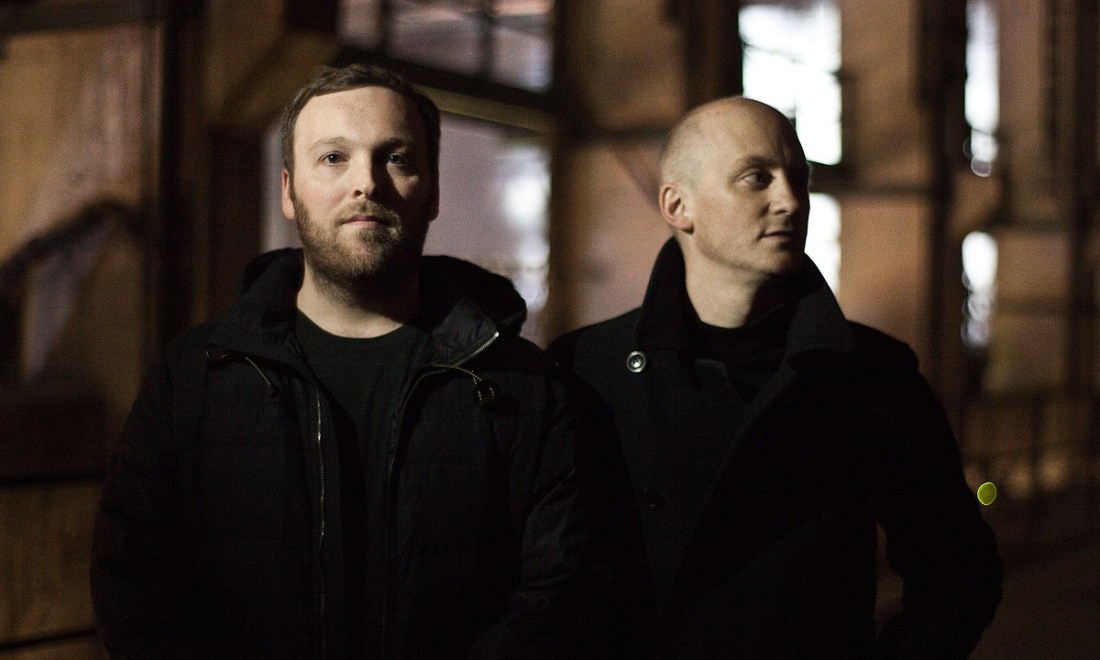 The night’s dramatic entry and most thorough sub-bass organ massage came from Babyfather (Dean Blunt, UK), the late replacement for Alessandro Cortini, who had to pull out due to health concerns.

Babyfather confounded with dubbed-out hip-hop flows and brutal noise movements. His stage was a cloud, dry-ice smogged to the extreme, seeping further and further out into the crowd with swells of punishing bass. Like John Carpenter’s horror movie The Fog made real but with hipster doofi appearing with boathook Apps to drag you into their brine of cafes, congeniality and gym mirror reflections.

Babyfather’s haemorrhage-inducing set slammed the crowd with such deep bass that it boomed through bone, gut and muscle, making echo chambers of torsos and internal canals while he repeated “don’t panic” from within the visceral blizzard. This “inertiatic” bass-sickness seemed to have been the temporary side effect of an otherwise life-affirming chi cleanse.

JLin (Indiana, US) kicked up the tempo after the intensity and arch humour of Babyfather. Lo-bit visuals from UK installation artist Florence To raced forward and Bangalore dancer Avril Stormy Unger added a vital focal point as JLin worked her unique sector of the “Footwork” genre, a street-dance-based evolution of Chicago acid house and “Juke”, pioneered by this night’s final act, RP Boo.

But before RP Boo’s frenetic Footwork we were initiated into “the Notel”: Dubstep pioneer Kode 9 (Scotland) and London-based simulation artist Lawrence Lek’s virtual-reality microcosm revealed through the camera lens of a hovering drone. The Notel offers perfectly constructed “fully automated luxury communism” for no humans, “designed by algorithms”, “built by robots” and occasionally inhabited by holograms. A subtler odd feeling permeated this experience, until its self-defeating victory was beefed to finale by more danceable tracks.

RP Boo took over around midnight, demonstrating the menace/party dynamic for which Footwork known and fuelling much passionate dancing. It’s seriously weird music to dance to and long may it continue to elude the mainstream and headline outposts such as Unsound.

Dominic J Clark’s review is from the first-night line-up of the Adelaide Festival’s two-day Unsound showcase of experimental and club music at Thebarton Theatre.