Opening this Saturday across five venues, the Biennial features artwork from 25 contemporary artists aged from 27 to 105 inspired by the theme Magic Object.

Here, curator Lisa Slade (who is also assistant director, artistic programs, at the Art Gallery of South Australia) explains her own fascination with the “Wunderkammer” and what people can expect to see in the biennial.

The theme of Adelaide’s last Biennial was Dark Heart; this time we have Magic Object. What is a “magic object”?

A magic object can be anything endowed with special properties by a group or an individual. Within the context of contemporary Australian art, and more specifically the 2016 Adelaide Biennial, a magic object is a material manifestation of the selected artist’s ingenuity and curiosity.

You admit you are obsessed by the “Wunderkammer” (a room of wonder or cabinet of curiosity, dating back to the 16th century, containing eclectic collections of yet-to-be-classified exotic artworks and natural objects). What triggered this fascination?

The very discovery while travelling in Europe some time ago that such unorthodox approaches to collecting existed and flourished. All very exciting for a curator who likes to trouble convention and challenge the canon!

This fascination led to pondering what such phenomena might mean here in Australia – given that the exotic, the otherworldly, was so feverishly collected in these cabinets of curiosity.

What can gallery visitors expect to see and experience when they enter the “neo-Wunderkammer” of the 2016 Adelaide Biennial of Australian Art?

Great question! We are mid-install so the magic is still unfolding … so far I would say illusionism, immersion, beauty and humour.

A colleague has described the exhibition as a challenge to the imagination, with many of the works being beyond imagining. 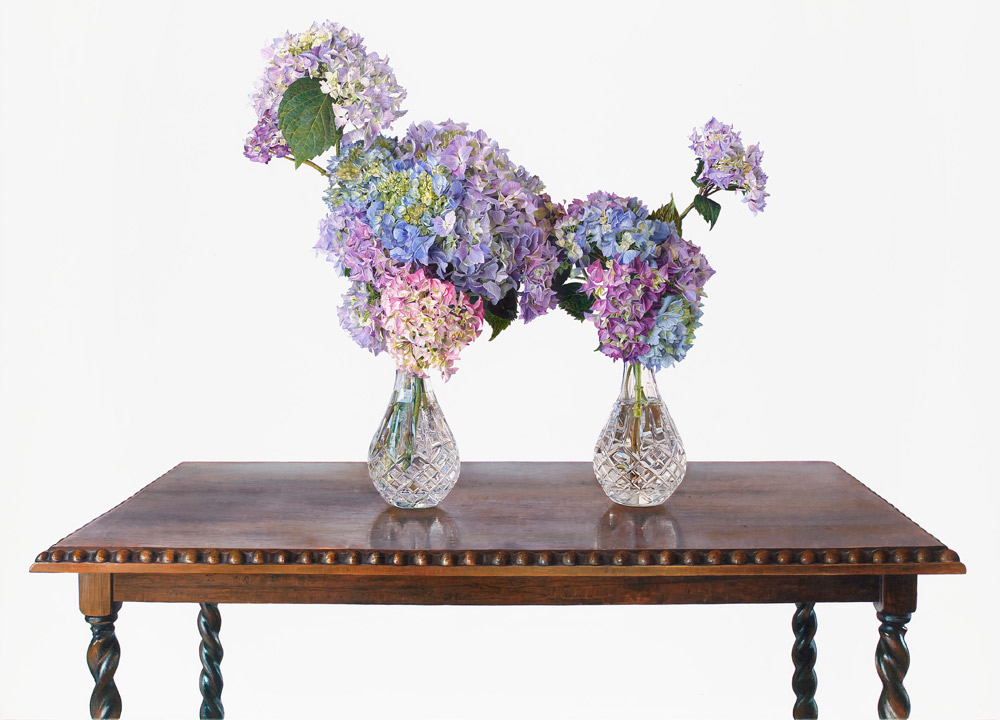 Much of the work in Magic Object is said to possess “a materiality akin to magic or trickery” – what are specific examples that illustrate this idea?

So much of the show, but to start with, the painters Chris Bond and Michael Zavros defy the brush.

Chris Bond makes paintings that look like books. Often these books are about painting and often the authors of these books are fictitious. Bond uses one material to resemble another, and in his work at the Anne & Gordon Samstag Museum of Art, oil, linen and timber masquerade miraculously as manuscript. He also invents alter-egos in his work. 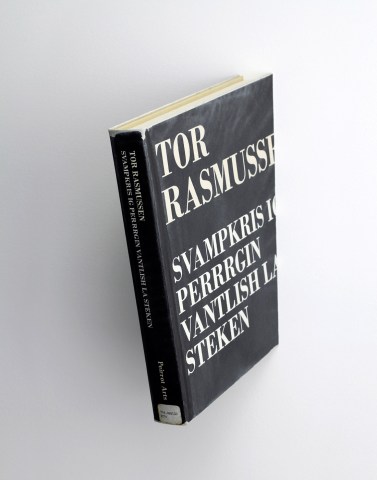 Meanwhile, Michael Zavros, whose work is at the Art Gallery, paints flowers to resemble creatures – both real and imagined.

Also at the Art Gallery, Gareth Sansom’s approach to painting is the very opposite of Zavros’s – his works are painterly and part abstract, leaping straight from his subconscious onto the canvas.

In the next gallery, Fiona McMonagle has turned 1000 watercolours into a moving image work of art.

And Juz Kitson’s enormous installation at Samstag is comprised of 4000 parts that is like an enormous living, breathing organism.

Are there any commonalities with the objects displayed in Wunderkammers of centuries past?

Absolutely! Tom Moore has made a narwhal in glass, on display at the Art Gallery, while Bluey Roberts, exhibiting at Samstag, extends the famous Hapsburg tradition of mounting ostrich eggs with his carved emu eggs that connect him and us with Ngarrindjeri culture.

Tom Moore, Planktonic Self, 2015, created from hot-joined, blown and solid glass, is being turned into a giant inflatable work. Photo: Grant Hancock

You were named curator of the 2016 Adelaide Biennial of Australian Art back in 2014. How does it feel to watch the exhibition finally come together?

Extremely satisfying and there’s some relief, too, in witnessing the magic unfold and seeing relationships bear such beautiful fruit. 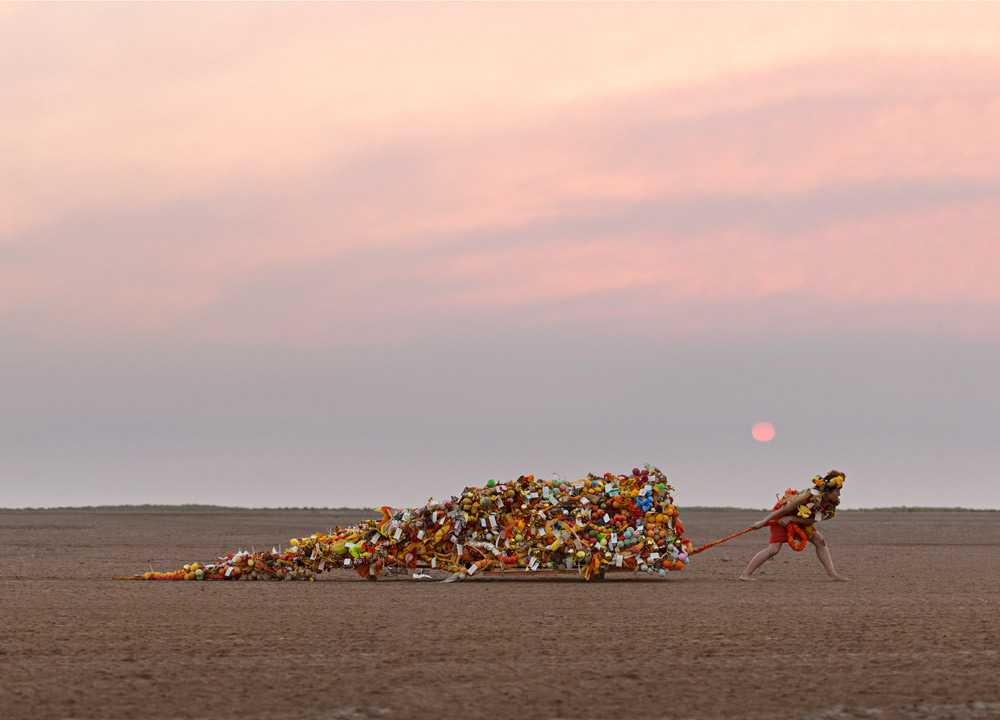 The 2016 Adelaide Biennial of Australian Art opens on February 27 and continues until May 15, with works on display at the Art Gallery of SA, Samstag Museum of Art, Jam Factory, Santos Museum of Economic Botany and Carrick Hill.

There will be a number of free opening-weekend events, including panel discussions, talks by artists and curators, and the opportunity to step into a camera obscura by Sydney-based artist Robyn Stacey. More information here.