The producer, DJ and pioneer of the French Touch genre, whose real name is Ludovic Navarre, will headline the Sunday night of the March 11-14 festival, it was announced today.

Navarre will be joined on stage by a group of seven mostly African and French musicians with whom he has been touring extensively in Europe – including a show at Le Bataclan venue in Paris just before last month’s horrific terror attack.

While the Adelaide performance will reflect the new musical direction taken for his latest album, which is titled St Germain and features Malian singers and traditional instruments such as the kora and n’goni, he says fans can also expect to hear tracks from the multi-platinum-selling Tourist.

“We play ‘Rose Rouge’, ‘So Flute’ and ‘Sure Thing’ from the Tourist album – and the mix with different instrumentation is really amazing,” Navarre says in an exclusive interview with InDaily. 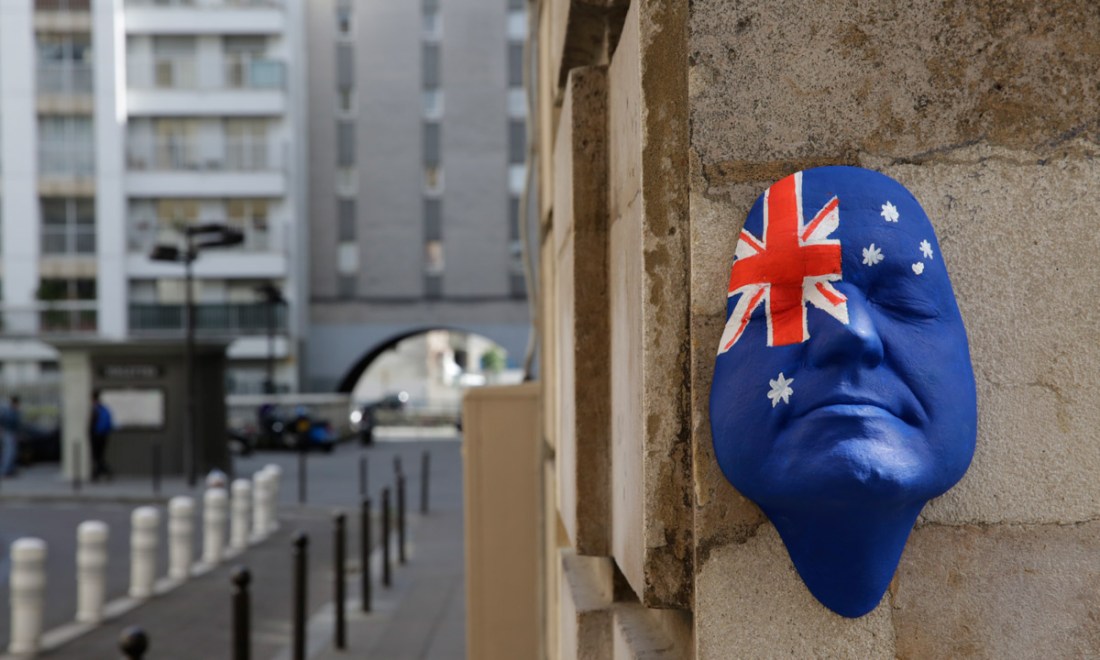 Gregos, known for his distinctive Parisian street art, has created a series of faces to promote St Germain’s tour.

Tourist, with its chilled and seductive mix of electronic, deep house and jazz influences, was St Germain’s second album, released in 2000, and became a huge hit. It sold more than three million copies and won both Best Jazz Album and Best Electronic Album in the French equivalent of the Grammys.

“After Tourist’s release in 2000, I did around 250 shows around the world during two-and-a-half years,” Navarre says.

“After that, I needed to take a break from music.”

The break proved a long one. Although he produced an album for French artist Soel, the trumpeter who plays on Tourist, there were no more releases from St Germain for 15 years.

Navarre says he did a lot of research during that time, and kept listening to music –blues, jazz, reggae, and African music from Ghana, Nigeria and Mali.

He did begin preparing for a new album in 2006 with the same musicians he had worked with previously ­– but they were “too European!”.

“I wiped everything and started again with root musicians from Mali, in 2011.

“Malian music is the one that seems for me the closest to blues music and house music’s loops.

“I discovered Malian music through the internet; I discovered the hunters’ songs, the priests that sing with hypnotical voices… I was looking for a roots sound.”

The new St Germain album includes traditional Malian instruments like the kora, the balafon and the n’goni, alongside electric guitars, pianos, saxophones and electronic loops.

“Now, in terms of the process that I use in my work, nothing has really changed,” Navarre says.

“The only thing that really changes is the use of different kinds of instruments. As far as my method goes, I record each of the artists/musicians individually and then I start to work again alone … sometimes during months, again and again, until I’m satisfied.

“My home studio is essential for me. I’ve worked by night for a long time. I like this silence in the city ­- it helps me to concentrate.”

Life is not so quiet for Navarre following the release of this latest album, with St Germain’s Facebook site revealing a whirlwind tour schedule taking in Spain, Germany, Austria, Italy, Switzerland and the UK in the past month.

A post dated November 13 shows a photo from the gig at Le Bataclan in Paris, with the message “THANKS PARIS! GREAT NIGHT!”. Several days later, following the November 14 terror attack during the Eagles of Death Metal concert at the same venue, Navarre thanks people for their messages of support, adding: “MY HEART WITH PARIS”.

He tells InDaily he found out about the attack after finishing a show in Switzerland.

“With the musicians, we did some minutes of silence thinking about Paris, about the Bataclan (my tour agents, Alias, are also involved in this venue), but also thinking about Mali, as there are two Malian musicians on the tour,” he says, referring to the terror raid the same month on a hotel in Bamako, Mali.

Indira Naidoo: It’s all about love

Navarre says the Bataclan tragedy has affected everyone in Paris’s music scene, but he hopes that music will also help in the healing process.

“Music is liberty and music is for the soul.”

WOMADelaide 2016 will be at Botanic Park from March 11-14. St Germain will headline the Sunday night of the festival, before playing in Melbourne and Sydney.

InDaily’s interview with French-speaking Ludovic Navarre was conducted via email.