Magnified Planktonic Self has been created by Adelaide artist Tom Moore and will sit on a plinth in front of the Art Gallery of SA from mid-February, coinciding with the Fringe Illuminations that will light up North Terrace facades.

“We’re actually transforming the [Art Gallery] building,” says Lisa Slade, curator of the biennial, which has the theme Magic Object.

The inflatable sculpture will be about 5m high, although Moore says the exact size is still to be determined.

“The idea is that this is a glass work but it’s impossible to make a giant thing with glass so it’s going to be an inflatable object and at the moment we’re just working out how big it can be.

“There are some logistical constraints, because its best friend is not wind!”

Magnified Planktonic Self is a complex work that reflects Moore’s fascination with hybridity and mutation, and his interest in environmental issues.

Viewed the right way up, it shows a car with flames coming from its front and back, and a tree with eyes growing out of the roof, all sitting within a glass “exoskeleton” based loosely on the shape of a fish. But viewed upside down, the car’s tyres look like eyes and there appears to be a nose and smiling mouth in its windows.

“Viewed right way up, this object has a fair amount of dread in it … for me, anyway,” says Moore.

“But upside down, I think it’s a much friendlier object because I can imagine that creature swimming around.”

The inflatable will be on North Terrace for the duration of the Biennial, which continues until May 15, but will be taken down each night. Moore’s glass works will be on display at the Museum of Economic Botany and the Art Gallery of SA.

He is one of 22 artists exhibiting work at the Biennial, which has the theme Magic Object and will for the first time be a multi-venue event. 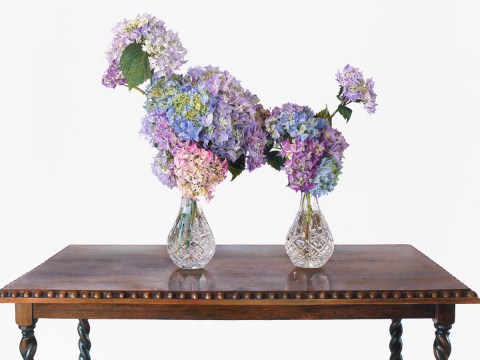 Slade describes Magic Object as a complement – or perhaps the antidote – to the 2014 Biennial, Dark Heart, which was curated by Art Gallery of SA director Nick Mitzevich and set a new Biennial record with more than 111,000 visits.

“It looks at the idea that materials speak,” Slade says of Magic Object. “And the magicians behind making those materials speak are, of course, artists.

“It begs the question: Are artists the last magicians? It looks at this idea of the artist as a kind of conjurer.”

Artists from across Australia aged from 27 to 105 will exhibit works at AGSA, Samstag Museum, the Jam Factory, the Museum of Economic Botany and Carrick Hill.

One of the participating artists, Queenslander Michael Zavros, is described by Slade as a master illusionist for his creation of uncanny floral displays – such as one made from hydrangeas and vases in the shape of a poodle ­– which are then photographed and painted.

NSW photographer Robyn Stacey puts a new twist on the centuries-old technique of camera obscura, with one of her striking images showing an inverted view of the South Australian Health and Medical Research Institute building as captured from a room at the Comfort Inn. She will exhibit a series of camera obscura images at Carrick Hill, as well as turning one of its rooms into a camera obscura. 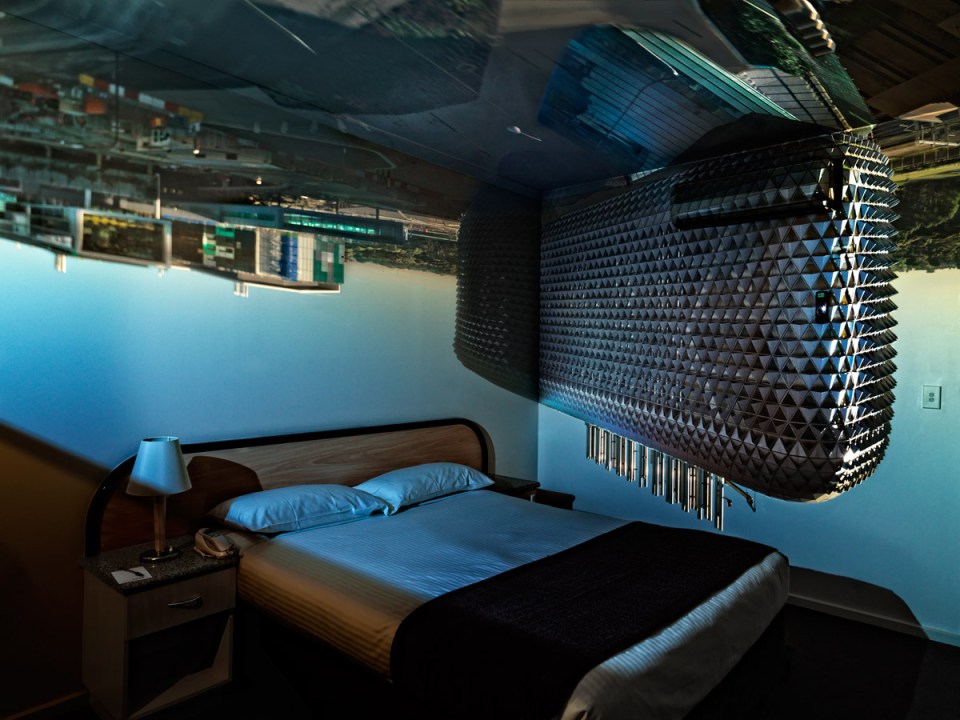 Magic Object will also include portraits by SA Indigenous artist Tiger Yaltangki which riff on influences such as Dr Who and The Mighty Boosh; an interactive work by Garry Stewart and Australian Dance Theatre; an immersive theatre work created from hundreds of watercolours by Fiona McMonagle; and ceramic objects adorned with “found carcasses” by Danie Mellor.

The oldest artist represented in the 2016 Biennial will be 105-year-old Loongkoonan, who only began painting in her 90s and creates works inspired by Nyikina country in Western Australia.

Mitzevich also announced yesterday that the gallery had acquired Fiona Hall’s work All the King’s Men, centrepoint of her Venice Biennale exhibition, which will go on display from July next year. 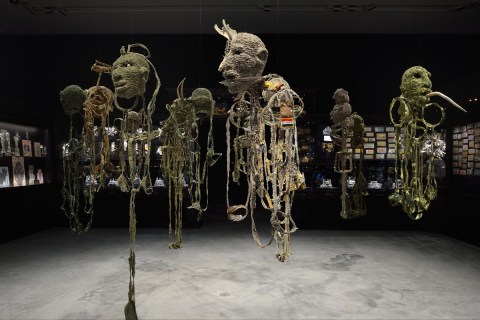 The gallery’s 2016 program will include a survey of Australian portrait painter Robert Hannaford’s work, and an exhibition called Sappers and Shrapnel: Contemporary Art and the Art of the Trenches.

“This exhibition curated by Lisa Slade commissions 12 contemporary artists to make works inspired by works made in the trenches in World War I,” Mitzevich said.

“So we’re borrowing significantly from the historical holdings of the War Memorial and juxtaposing those historical works from World War I, when many creative people in the trenches made works of art from the detritus of war.”

The 2016 Adelaide Biennial of Australian Art: Magic Object runs from February 27-May 15, 2016. The Robert Hannaford exhibition at the Art Gallery of SA will from July 2 until October 9, and Sappers and Shrapnel will be shown from November 11,2016 until January 29, 2017.