Adelaide emerging theatre-makers Jamie Hornsby and Ellen Graham’s play Claire Della and the Moon has won the prestigious $100,000 David Williamson Prize for Excellence in Writing for the Theatre at the Australian Writers’ Guild’s annual AWGIE Awards.

The awards were presented last week, with the guild saying Hornsby and Graham’s work “champions the poetic and transformational power of theatre to shine a light on mental health and isolation”. It also won the Theatre for Young Audiences category.

Claire Della and the Moon is a play for young audiences about mental health, depression and anxiety, and was presented in late 2020 by the pair’s small independent theatre company Madness of Two. It was developed through the inaugural Hall of Possibility Artist in Residence program at Slingsby and incorporates puppetry, music, visuals and poetic storytelling.

Hornsby says he and Graham – who also perform in the play – were surprised by their win, adding it would be “a huge boost” to their careers. They are currently developing a new show called Starweaver, which he tells InReview is “a multi-modal sci-fi/horror piece about capitalism, space, and the end of the universe”.

“The joke we tell is that the company’s called Madness of Two because ‘there’s two of us, and we’re mad’, but really, it’s drawn from the French phrase folie à deux (which happens to be the title of a Fallout Boy album we both love).”

The AWGIE Awards are presented annually to stage and screen writers, with the 2021 Major Award also going to a playwright – Kodie Bedford, for Cursed!, which was presented at Sydney’s Belvoir Theatre. Screen winners included Shaun Grant, for feature film Nitram; Robert Connolly and Harry Cripps, for their film adaptation of The Dry; and Tony McNamara for TV series The Great.

In a speech at the awards ceremony at Holden Street Theatres, critic David Grybowski paid tribute to the former circle member, saying he was a “prolific and colourful” character who contributed much to Adelaide theatre through his roles as a critic, producer, director, actor, writer, publicist, and “song and dance man”.

Contemporary circus company Gravity & Other Myths won the Professional Group category of the awards, after earlier this month taking home the Ruby Award for outstanding contribution by an organisation or group.

Sending out an SOS 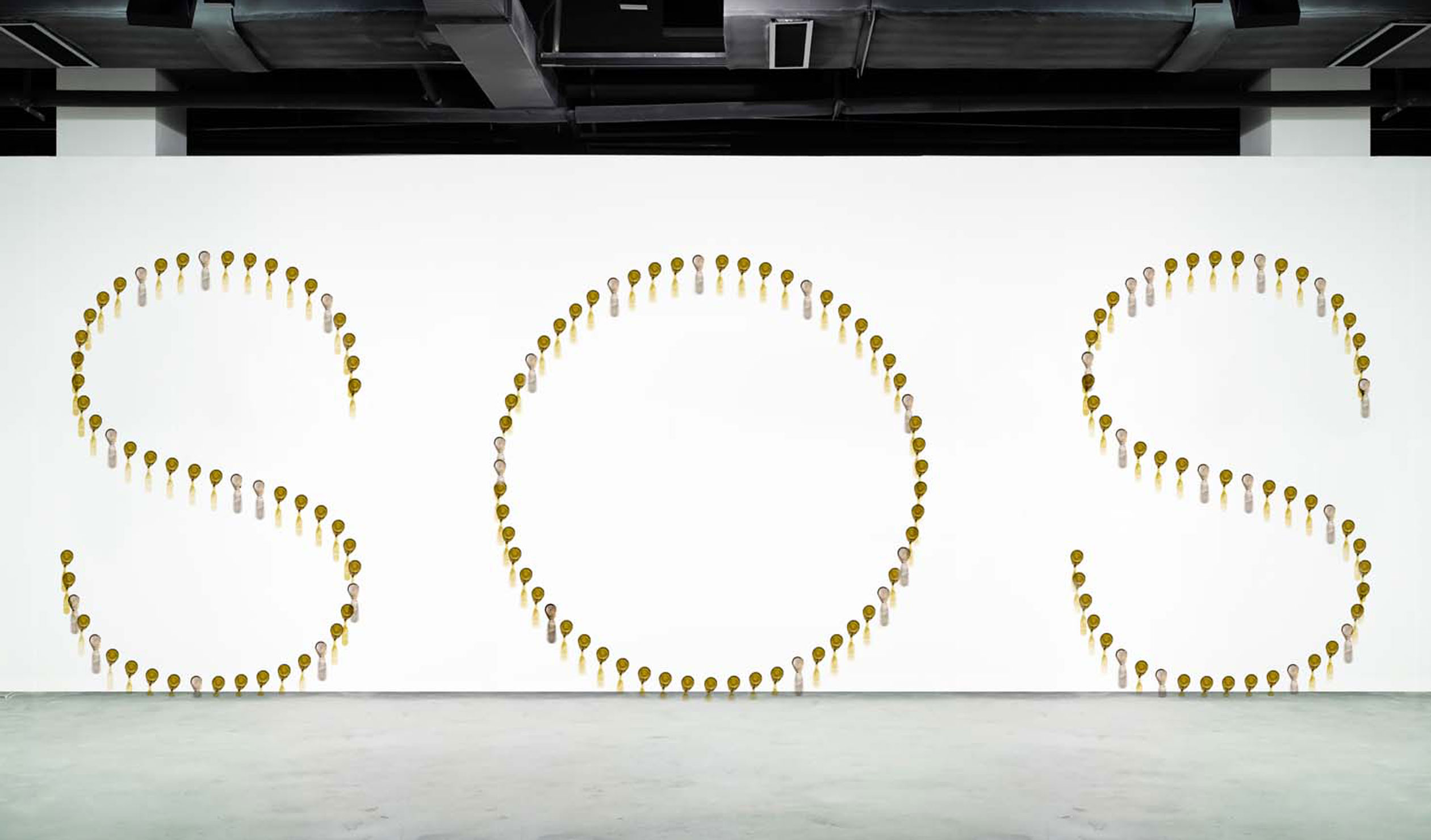 Members of the public are invited to contribute their own message in a bottle for a large-scale installation to be presented by New South Wales artist Laith McGregor during the 2022 Adelaide Biennial of Australian Art: Free State.

McGregor ­says that at some stage over the past three years, most people have felt “like a castaway stuck on an island reaching out to loved ones with our own messages in a bottle”. His installation, which will feature more than 1000 bottles filled with messages attached to the walls of the Art Gallery of SA spelling out S.O.S., aims to reflect this collective state of being.

“I invite participants to engage with the work and create a message in a bottle, expressing everything from their fears, concerns, feelings, notes to self, messages to loved ones; anything that they feel like they want to share, get off their chest or simply play with,” McGregor says.

Messages can be in the form of a letter, poem, photo, “secret” or sketch. The callout closes on February 1, with details on how to submit your message available here.

Laith is one of 25 Australian contemporary artists who will show work in the Free State exhibition, which is curated by Sebastian Goldspink and runs from March 4 until June 5, 2022. 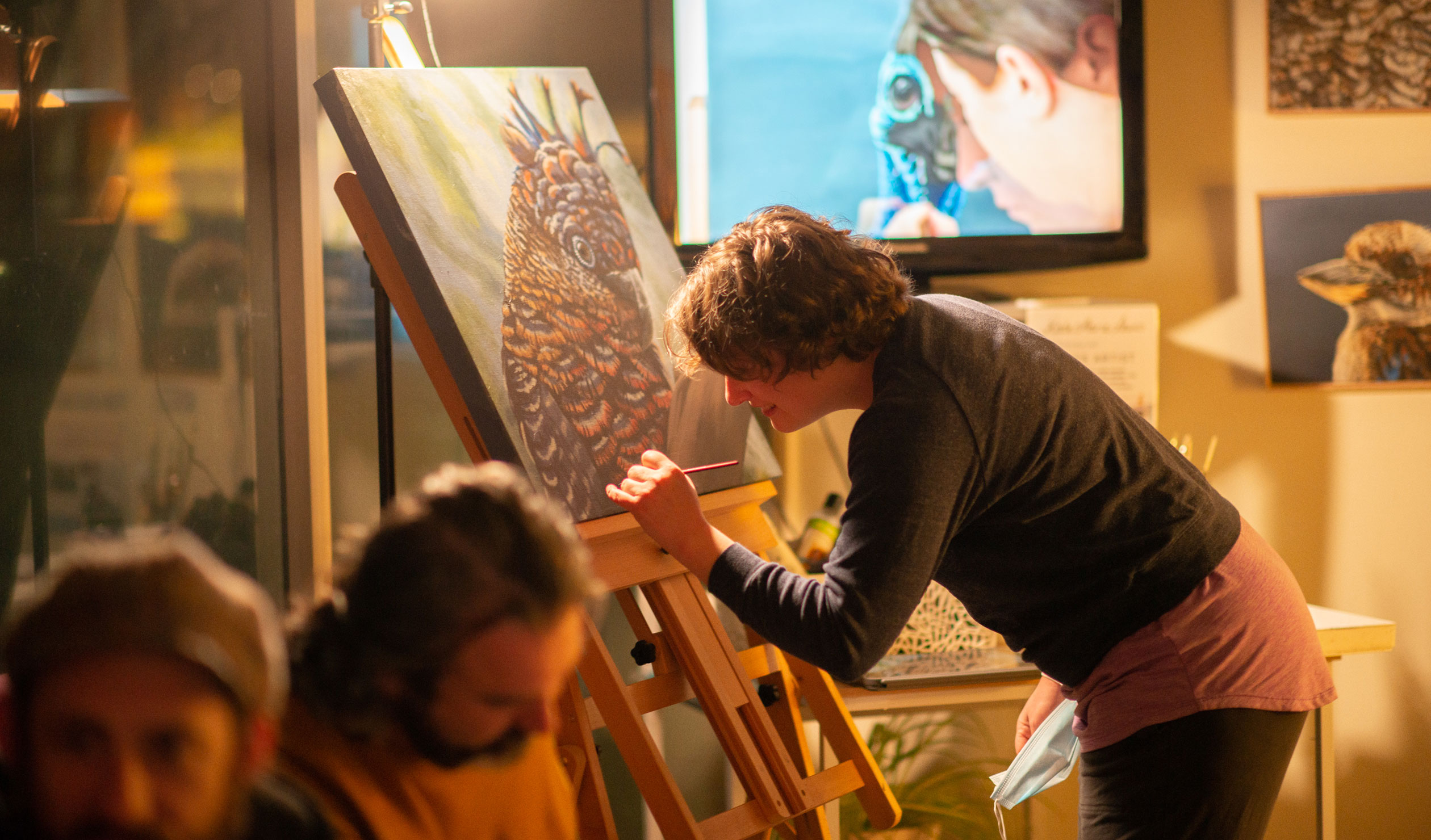 Vaulting Ambitions Showcase, a live art and music event, was one of the 2021 Cultural Strategic Partnerships. Photo: Expressions Media

The City of Adelaide will support 10 new projects through its Cultural Strategic Partnerships program in 2022, with each receiving between $10,000 and $40,000.

The partner-led initiatives, selected from 24 applications, include Guildhouse’s Art Works 2022, which creates opportunities for exhibitions and creative residencies in civic spaces; This Tree is a Story, a Slingsby project bringing free theatre performances to community centres, libraries and streets; an Art Gallery of SA presentation on city streets of artworks selected from across the Adelaide Biennial of Australian Art; and a creative residency facilitated by True Ability at the City Library and community centres for people with a lived experience of disability.

Lord Mayor Sandy Verschoor says the council will continue to support strategic partnerships that help the cultural sectors to innovate and capitalise on new opportunities. “This strategy presents an incredible return on investment, with council’s $200,000 helping facilitate more than $1.7 million in new projects.” 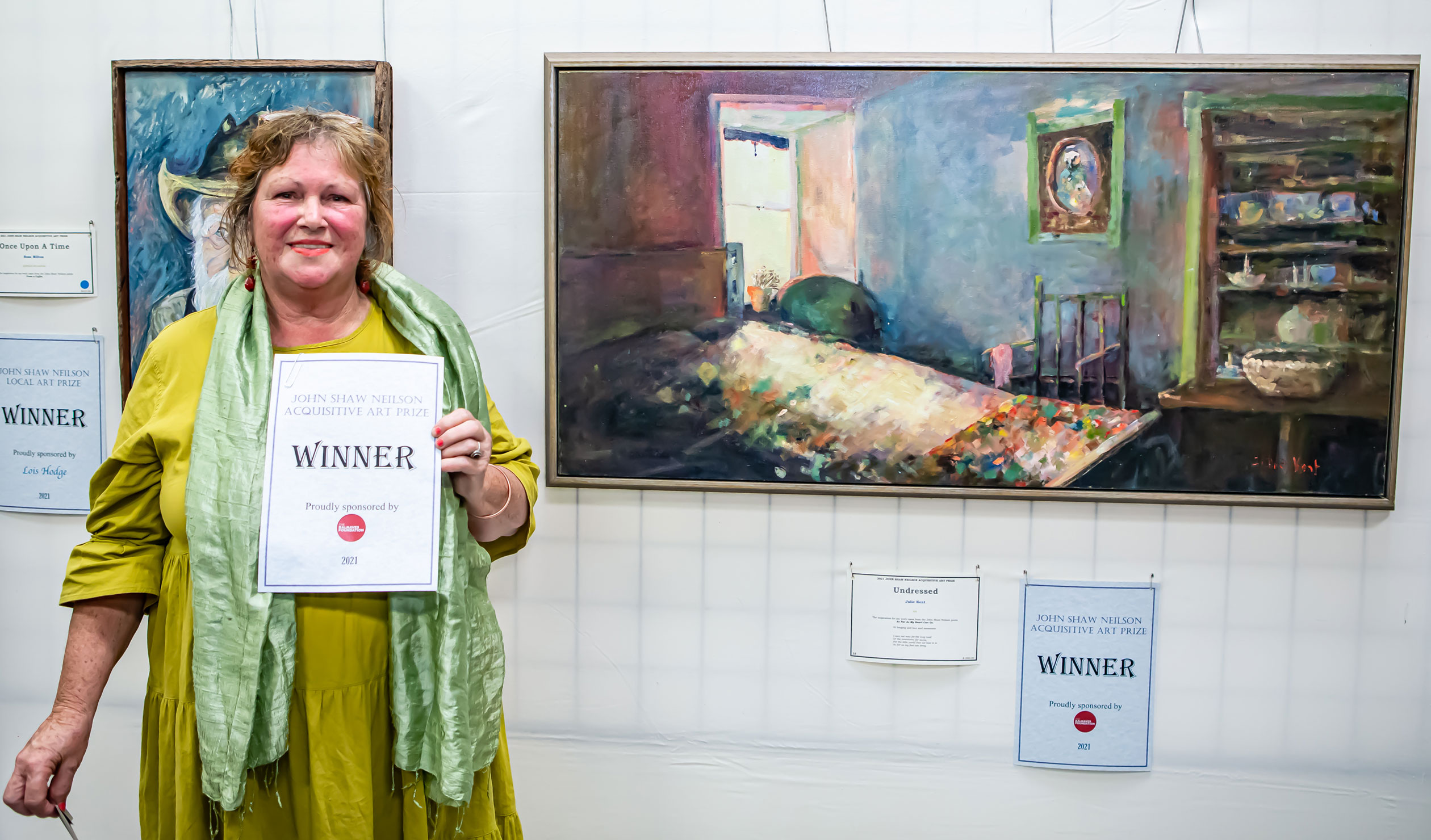 Entries are being sought for the $12,000 John Shaw Neilson Acquisitive Art Prize awarded as part of the Penola Coonawarra Arts Festival.

The 2022 prize (supported by the Balnaves Foundation) is open to all emerging and established artists throughout Australia. Entries must be inspired by the works of early Penola poet Neilson, with 2022 marking both the 150th anniversary of his birth and the 30th anniversary of the Penola Coonawarra Arts Festival.

In addition to the cash prize, the winning work will be included in the acquisitive collection at the Penola Coonawarra Visitor Information Centre.

“For those considering entering for the first time, it really is a wonderful opportunity to be part of a dynamic festival whilst acknowledging Neilson’s place in Penola’s history, particularly in the year that we’ll be celebrating significant milestones of both the festival and John Shaw Neilson,” says John Mossop, art prize coordinator and chair of the Festival Committee.

The festival, which will take place from May 12-15, includes performances, exhibitions, competitions, workshops and music. The committee is also seeking entries is the 2022 Design Prize of $1000, which will see the winner’s work used for promotional material for the 2023 event. Entries for both competitions close on May 6, 2022 (details here).