End of an era

The shop and gallery opened in an 1850s building in Frome Street in 1993, becoming well-known for its eclectic array of SA-made and designed artworks, including jewellery, ceramics, textiles and T-shirts. Owner Mick Krieg later also opened comedy venue The Rhino Room and then cocktail bar The Howling Owl in the adjacent building but all three were forced to move several years ago to make way for the Frome Central development, with Urban Cow and Howling Owl relocated to Vaughan Place.

Krieg announced this week that he and wife Rachel, who have faced a number of personal challenges in recent years, will close the studio in January next year.

He told InReview that rather than continuing to juggle the different businesses, they had decided to focus on the hospitality and performance venues: “Howling Owl is going along great guns at the moment and Rhino Room is hanging in there with all the [COVID] restrictions… we’re looking forward to a strong Fringe period.”

Urban Cow Studio currently features work by around 200 South Australian artists and designers, and will next month present the final exhibition in its upstairs gallery – a group show called Identity, in which four artists working in different media explore how people are moulded by their experiences, family, community and peers.

When it closes in January, Krieg will retain the lease on the premises, which will be used as a comedy venue during next year’s Adelaide Fringe. He hints that there are other plans for further down the track: “What was the Urban Cow space might flourish as something new that would be complementary to the Howling Owl.”

Meanwhile, Krieg is keen to hear from anyone who might be interested in taking over ownership of Urban Cow Studio and re-opening in a new location, saying he and Rachel believe it’s important to have an outlet where established and emerging South Australian artists can display and sell their work side by side.

“We would just love to see it continue on under a new custodian so that someone else can offer the same opportunities to new artists… it would be great for artists or an artists’ collective or even someone who isn’t necessarily an artist but an arts lover.” 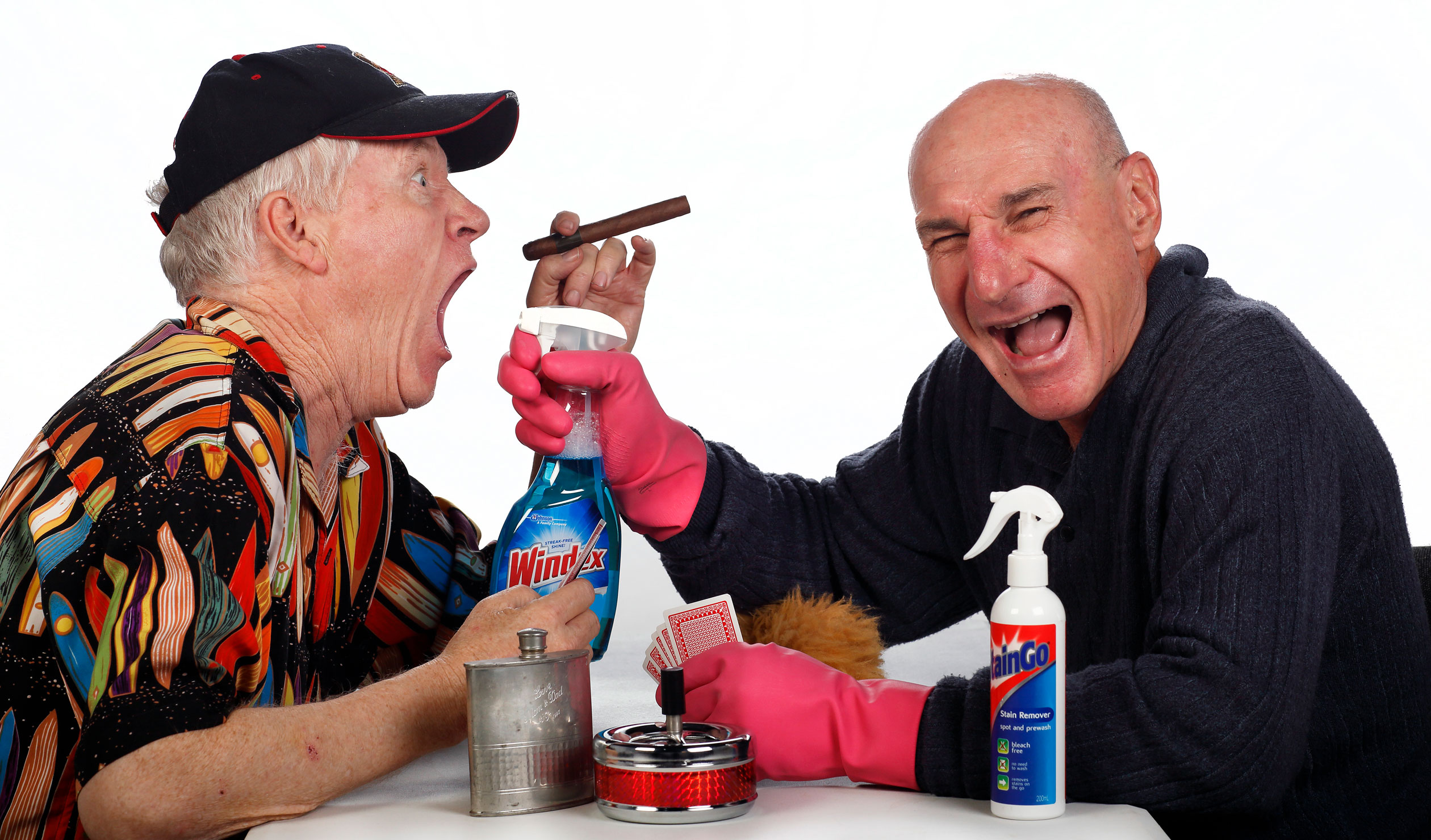 Matt Byrne and David Grybowski in The Odd Couple.

Byrne was a stalwart of the local theatre industry and regularly presented shows through his company Matt Byrne Media, with his last production being the Neil Simon comedy The Odd Couple at Holden Street Theatres in November 2020.

The Holden Street team yesterday described him as “a character and champion of a man” who would be sorely missed on its stage and in the industry: “Matt has had a production at Holden Street almost every year that we have been open, and at a time when it looked very dire, he created a show just to give us something in the venue and try to keep going. That’s the kinda guy he was… generous to a fault and always there.”

Numerous other friends and colleagues of Byrne have also shared memories, photos and tributes online, with critic Samela Harris saying he was one of the “most colourful and prolific characters ever to stride the boards in Adelaide”, with “that magic theatrical quality we call chutzpah”.

“Matt was producer, director, writer, entrepreneur, critic, publicist and a wildly enthusiastic song and dance man,” Harris says. “He loved nothing better than a punch line ­– and a laughing audience.”

Byrne, 63, was hospitalised with pneumonia earlier this month after battling illness for some time.

Adelaide Critics Circle has announced the shortlist for its 24th annual awards, with finalists chosen from more than 70 nominations covering professional, amateur and community theatre works presented in both 2020 and 2021.

Among those vying for honours in the professional categories are the Adelaide Symphony Orchestra’s She Speaks mini-festival and the event’s curator, composer Anna Cawrse; contemporary circus company Gravity & Other Myths for its body of work, including 2021 Adelaide Festival hit The Pulse; and Flying Penguin’s recent production of Glengarry Glen Ross.

Works from both 2020 and 2021 were considered after last year’s awards were paused due to the pandemic. The awards ceremony will be held on December 13 at Holden Street Theatres, with the full shortlist online here.

A Guildhouse program to connect creative professionals with industry and government commissions has attracted a $195,000 grant from the State Government.

The funds will go to Guildhouse Professional Services, a social enterprise that aims to broker new industry commissions which employ local visual artists, craftspeople and designers.

The program was piloted in 2019 and since then has delivered projects in partnership with organisations including Uniting Communities, the Department of Infrastructure and Transport, the University of Adelaide, CSIRO, Adelaide Airport and the City of Port Adelaide Enfield.

The next phase of the program will focus on new public arts projects, in both private and public places, health and wellbeing projects and regional recovery initiatives.

Minister for Innovation and Skills David Pisoni said Guildhouse had a good track record in connecting creatives with commercial and community projects.

“The Marshall Government is pleased to support Guildhouse in this project, which will provide skills development and connect creatives with paid work that might otherwise have been out of reach,” he said.

Guildhouse is a not-for-profit peak industry body for the visual arts sector in South Australia.

Carclew is expanding its “Sharehouse” program, which will see the youth arts centre become the home to 12 young creatives over the coming year.

The program’s growth was part of a $250,000 announcement which also included annual fellowships and the latest round of project and development grants.

A key aspect of the residencies will be a RISE-funded program for four emerging creative producers. Each will be paid 10,000 to deliver projects at the North Adelaide centre or online, including mini-festivals, an interdisciplinary performance hub, and a documentary focusing on survivors of sexual assault.

Additional residencies have been awarded to painters, filmmakers, musicians, curators and actors.

Carclew has also announced its 2022 fellowships, with 11 emerging creatives being awarded funding towards their professional development.