Free pop-up chamber music concerts will be presented in some of Adelaide’s most beautiful cultural spaces during the On the Terrace mini-festival this Sunday.

More than 40 musicians will take part in the Chamber Music Adelaide series, with highlights including the Inarma Women’s Choir performing new songs in Pitjantjatjara in the Art Gallery of SA’s Elder Wing; Adelaide Baroque Duo Thomas Marlin (cello) and Robert Nairn (double bass) playing duets by Rossini and Boccherini in the AGSA’s Melrose Wing and the State Library’s Mortlock Chamber; performances by Kegelstatt Ensemble and Various People Inc at the SA Museum, and an emerging artists showcase in the State Library’s Circulating Library. (See the full program online.)

The short performances will take place between 11am and 4pm on Sunday, November 14, and are designed as intimate experiences suitable for both music lovers and those less familiar with chamber music. 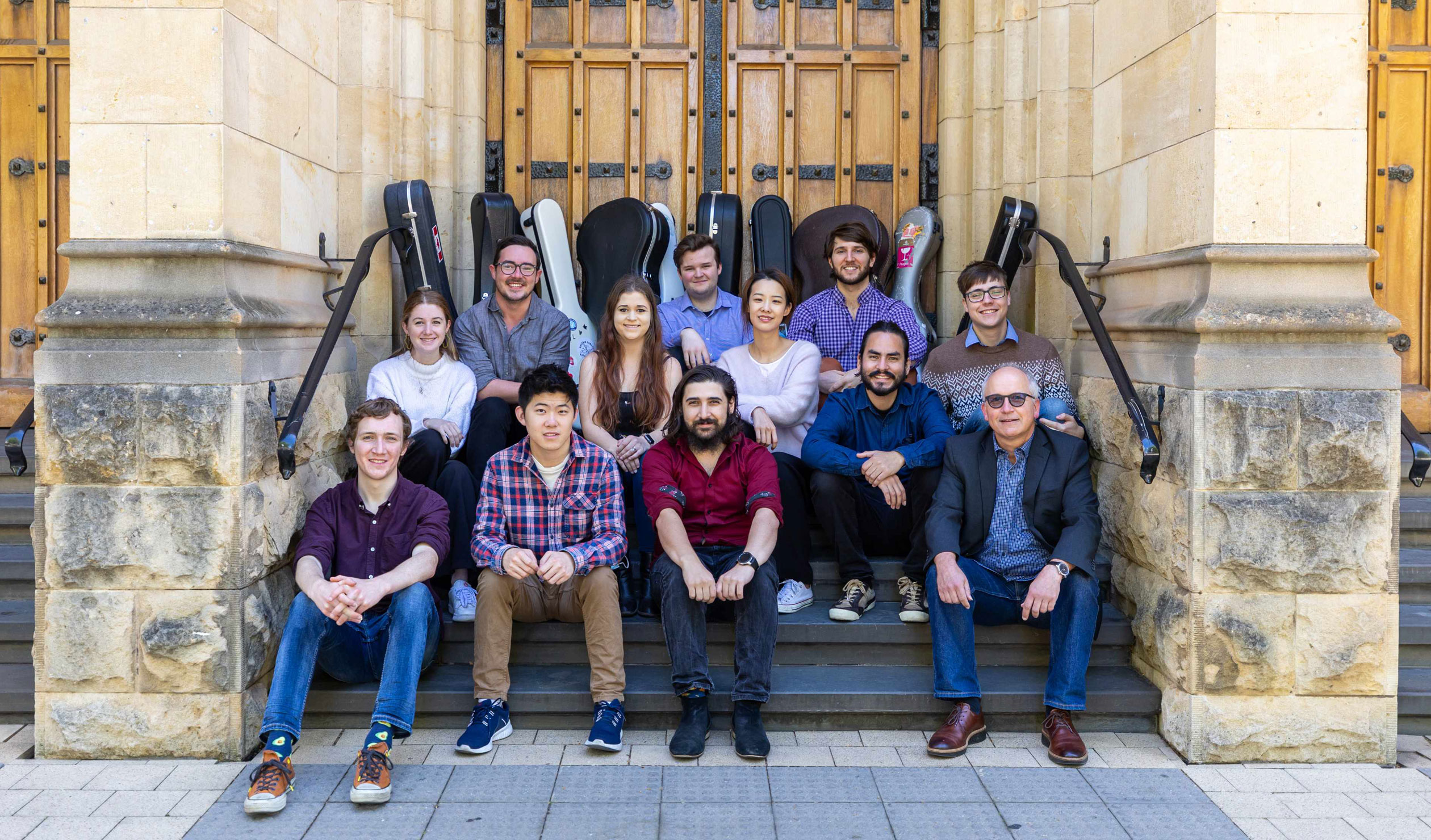 Also free and taking place on North Terrace this weekend is Guitarathon ­– a six-hour concert at Elder Hall in which classical guitar students from the University of Adelaide’s Elder Conservatorium of Music will perform an eclectic program of solo and chamber music.

Senior lecturer Dr Oliver Fartach-Naini says Guitarathon is a fun way for the students to perform some of the music they have been working on, and a “less formal” way for members of the public to get a taste of the classical guitar: “People can come and go as they please with no questions asked. They can grab a bite to eat from food trucks on site or enjoy a glass of wine available for sale in the foyer as they take in a taste of classical guitar.”

The non-stop performances begin at 4pm on Saturday, November 13, with each lasting 15-20 minutes, and the concert will culminate in a performance of the Elder Conservatorium Guitar Ensemble. Guitarathon will also be livestreamed. 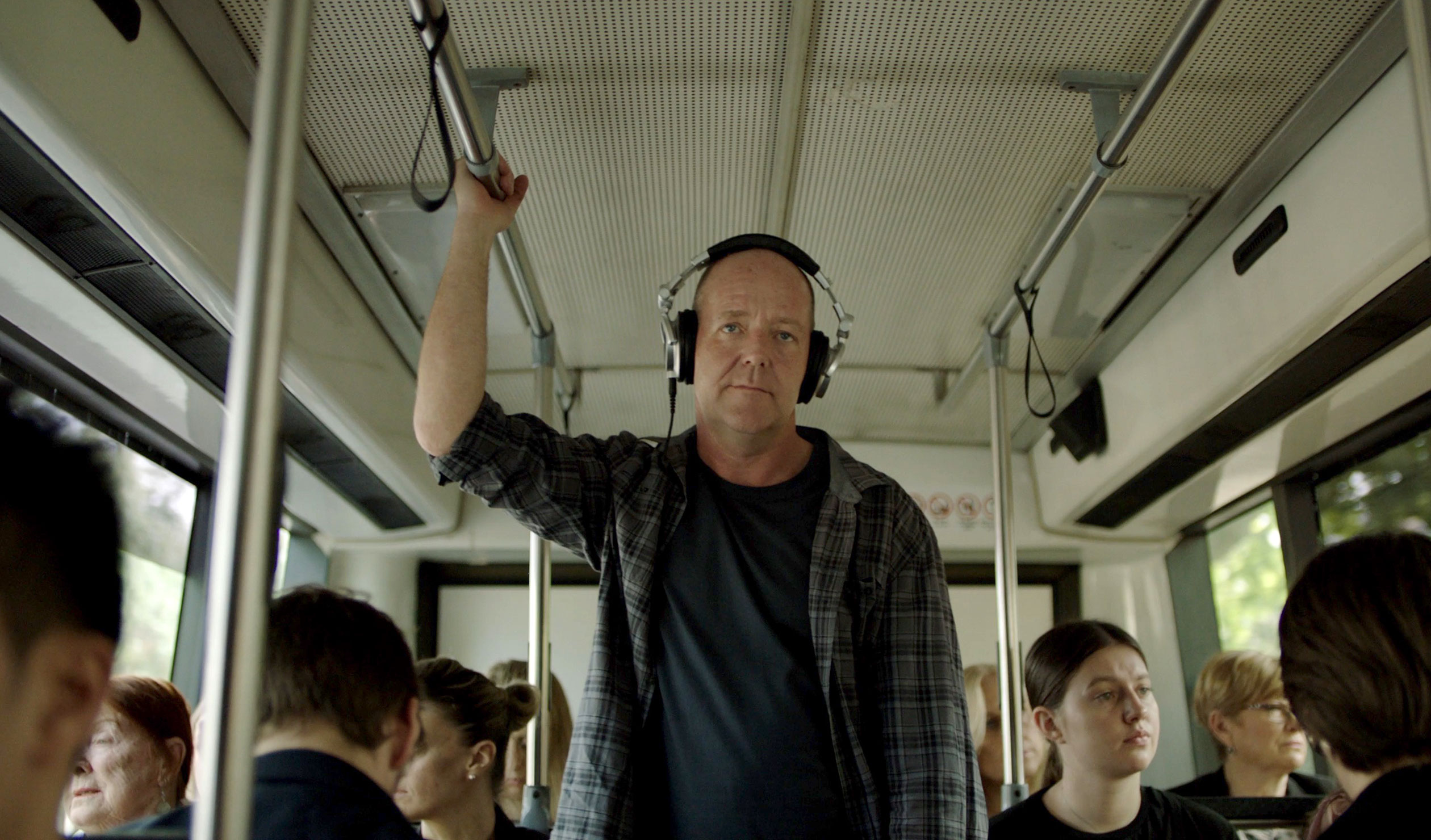 A still from The Recordist, which has been nominated in seven categories in the 2021 SASAs.

Nominees have been revealed for the 2021 South Australian Screen Awards, with more than 80 creatives and crew members vying for honours across 24 categories.

The awards ­– to be announced at a gala ceremony at the Mercury Cinema on December 3 ­– cover genres such as Best Drama, Best Comedy, Best Documentary and Best Web Series, as well as crafts including directing, cinematography, editing, performance, costume, and score.

New to the line-up this year is the First Nations Talent Award, for which the 2021 nominees are actor Natasha Wanganeen (Djaambi), director Edoardo Crismani (The Panther Within), producer Lilla Berry (Deadly Family Portraits: Sansbury Sisters) and writers Dylan Coleman and Staurme Glastonbury (Secret Pretty Things). Another new award will be presented to an SA creative who has had a significant career in the sector.

“Getting a SASA means something… For the nominees and winners, these films are proof points for their future projects, and the recognition provides a stepping stone for building their careers,” says Mercury CX CEO Karena Slaninka.

The full list of 2021 nominees is on the Mercury CX website, where tickets can also be booked for the gala awards ceremony.

Slingsby Theatre has announced the appointment of a new executive director as it prepares to head into its largest year of national touring in 2022. 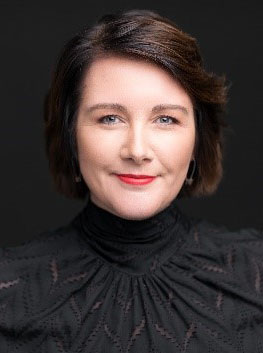 “I was fortunate to work alongside Beck on the 2002 Adelaide Fringe and I am incredibly excited that after years of independently gathering international producing and touring experience, we will once again collaborate as we write the next chapter of Slingsby’s story,” says artistic director and CEO Andy Packer.

He says the company will expand its national presence in 2022, with a six-week Australian tour of the 2021 Adelaide Festival show The Boy Who Talked to Dogs and a three-week eastern states tour of Emil and the Detectives. The Slingsby Flying Squad, an ensemble of five professional artists formed this year, will also travel around SA with two new works.

Nicholas Braithwaite has been appointed Conductor Laureate of the Adelaide Symphony Orchestra in recognition of his work with the organisation over more than 30 years.

In announcing the honour, ASO managing director Vincent Ciccarello described the conductor as a remarkable musician and “one of the ASO’s greatest friends and collaborators”. Originally from the UK, Braithwaite came to Adelaide in the late 1980s and was the orchestra’s principal conductor from 1987 and 1991. He has conducted hundreds of concerts for the ASO and has also held positions with many other music organisations around the world, with his repertoire centred around German and Russian music. 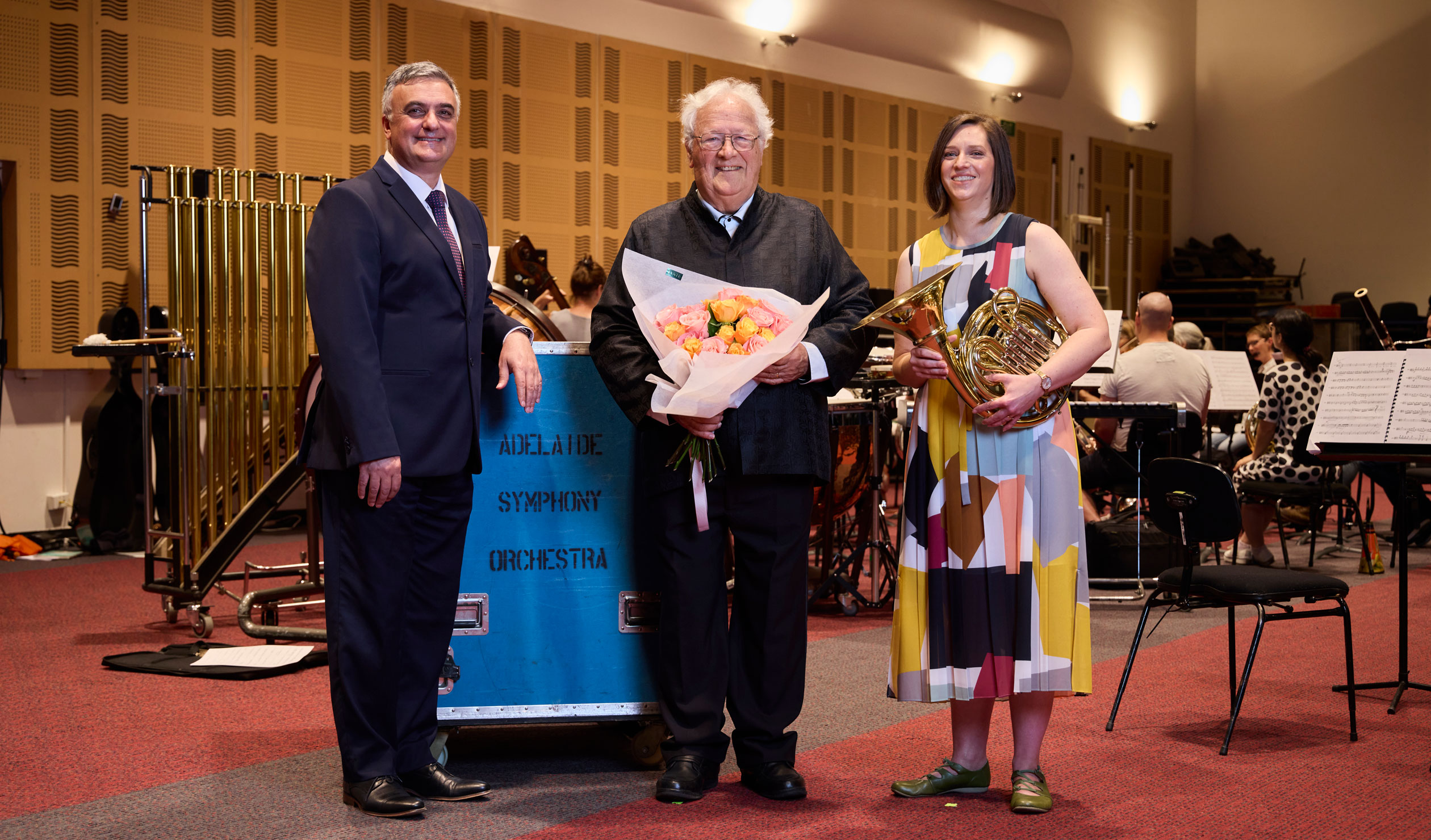 “To be associated with the ASO in the twilight years of my career is a great honour and an even greater joy,” Braithwaite says. “It is an orchestra where devotion to the realisation of the best musical outcome absolutely is the driving force. They care about the music, and they care about it passionately. Music most definitely is the food of love in the ASO – so yes, play on.”

“Community, collaboration and ambition for the times we live in” will be the focus of Guildhouse’s reVision Symposium ­– an online discussion about contemporary arts practice with artists, writers and curators.

The program for the November 13 event (tickets here) features South Australian and interstate speakers ­– including local artists Honor Freeman, Amber Cronin and Catherine Truman ­– across three sessions. The first will see three artists discuss how they manage to continue momentum despite changing parameters, especially during the pandemic; the second looks at growth and collaboration in the face of adversity, and the third explores what a “utopian future” might look like.

The Symposium, which will take place over Zoom, also includes a mini-workshop, art of movement, by interdisciplinary artist Tanya Voges and a “DIY BYO costume and masking workshop” by SA collective The Bait Fridge (pictured below). 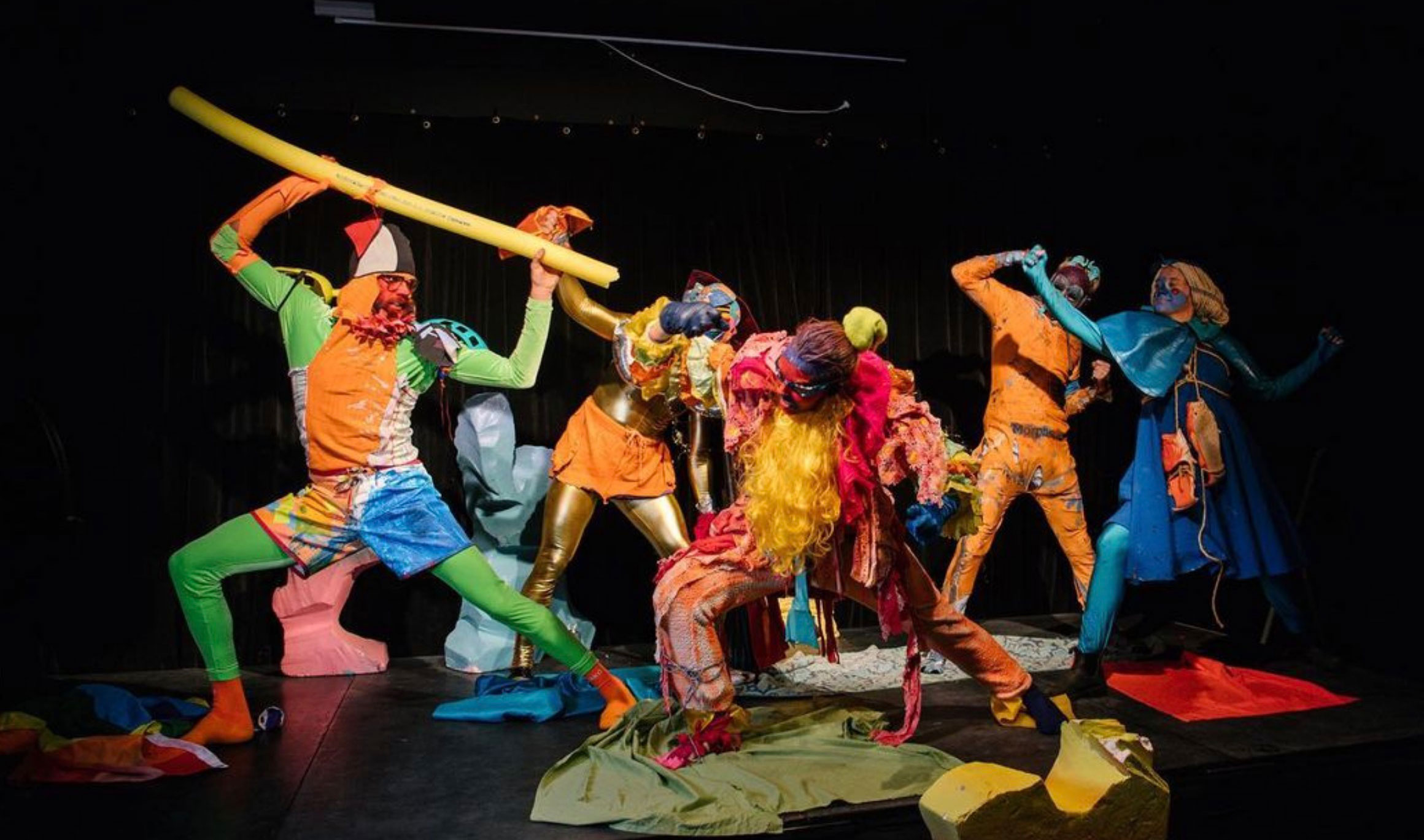 If the title of this series isn’t enough to entice visitors to Carrick Hill of a Friday evening, then the calibre of the artists involved in the weekly talks likely will.

Gin and Jam Artist Talks coincides with a solo exhibition in the historic house’s new Wall Gallery by the inaugural recipient of the FUSE Glass Artist Residency, Adelaide artist Alex Valero, which features works created during his residency this year at JamFactory.

Ursula’s Gin Bar is also open on Friday evenings, and Valero’s exhibition – The Study of the Sky ­– continues until January 30.