The Pulse is back

After two months of lockdowns and cancellations, Adelaide company Gravity & Other Myths is back on home turf and preparing to present a return season of its spectacular acrobatic and choral stage show The Pulse at Her Majesty’s Theatre from tomorrow.

The Pulse was originally presented as part of the 2021 Adelaide Festival program and features 30 acrobats from Gravity & Other Myths sharing the stage with 30 singers from Aurora choir (Young Adelaide Voices). It was scheduled for a remount in Adelaide in late July, but had to be cancelled due to the local pandemic outbreak. Performers were then forced into another brief lockdown when they travelled north for the Darwin Festival, but managed to perform four of their five shows there.

Gravity & Other Myths creative lead Darcy Grant describes The Pulse as a perfect antidote to this past year. “Prior to the Adelaide Festival in March, much of our entertainment was consumed on tiny screens, and unfortunately in New South Wales and Victoria, this is still the case. The Pulse restores the big, three-dimensional picture, and attacks all the senses. It’s raw, it’s real, it sings, it sweats – it pulsates, and it’s a pleasure to be doing it all again in Adelaide.”

It will be presented at Her Maj from September 16-18 (details here). Read InReview’s review from the Adelaide Festival season here.

Four new podcast episodes by South Australian First Nations storytellers have been launched on indigiTUBE, the online media platform by and for First Nations people.

The 15-minute podcasts – which include interviews, storytelling and open conversations, all created using smartphones – are the outcome of a podcasting workshop presented through a regional initiative of the South Australian Film Corporation, Country Arts SA and Riverland Youth Theatre. 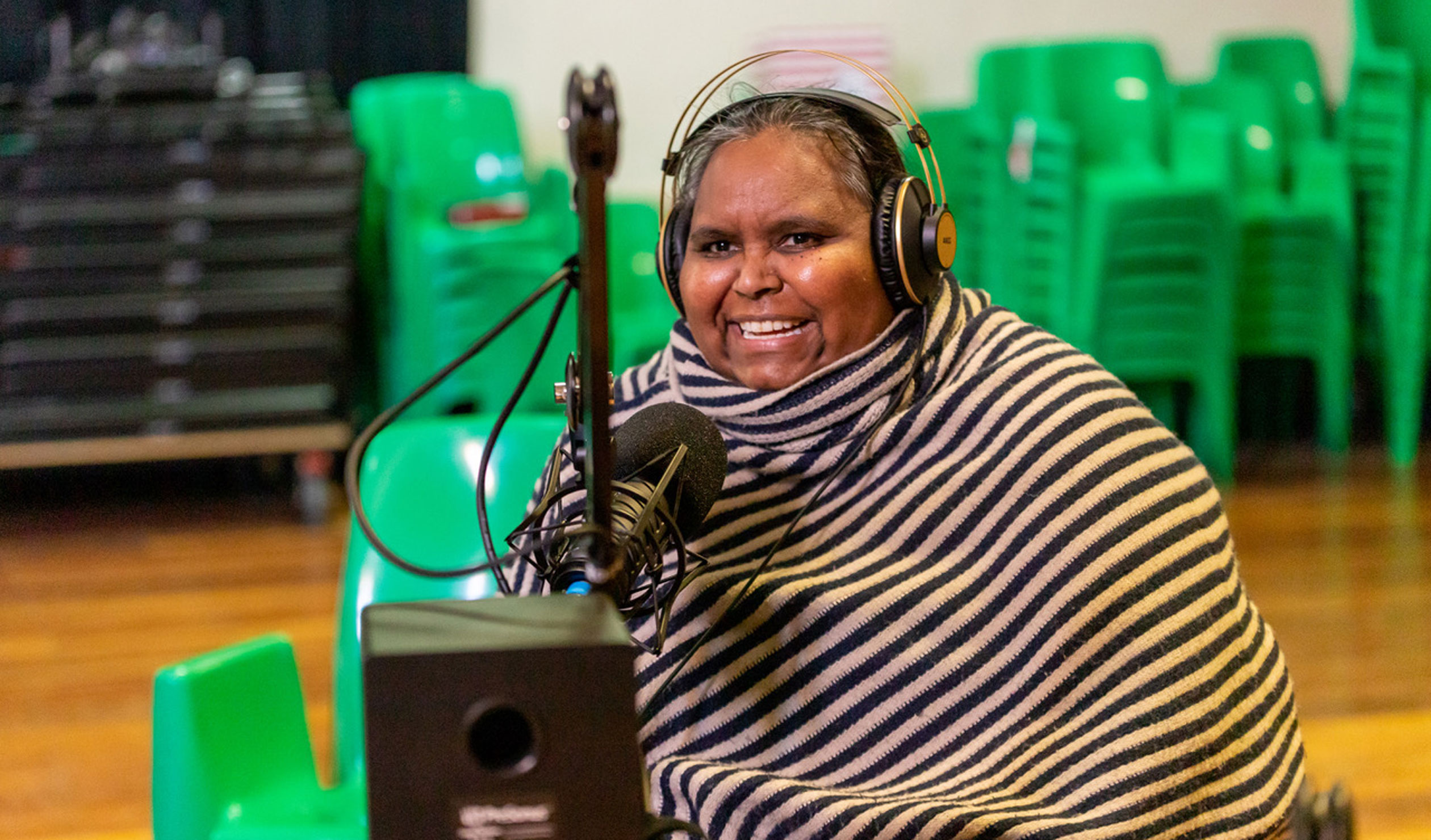 Each is a response to the NAIDOC theme “Heal Country”. The podcasts include a conversation between Ngarrindjeri man Isaac Lindsay and Barkindji man Raymond Zada about finding their identities through their art forms, and stories of fishing and life growing up along the River Murray shared by storyteller, Ngarrindjeri and Maraura man Uncle “Barney” Lindsay.

Narungga, Adnyamathanha, Wirangu woman Rikki Wilson ­– a dancer, mother, and holistic health and fitness advocate – speaks with her friend Narungga, Kaurna woman Kahlia Miller-Koncz about growing up in the Aboriginal community in Port Adelaide and dancing at Kurruru Arts and Culture Hub, while Wangkangurru woman of the Simpson Desert Marika Davies, an educator, emerging artist and curator, interviews Pitjantjatjara woman Maria Anderson, who works part time at the Port Augusta City Council and Country Arts SA, about what NAIDOC means to her.

SAFC First Nations industry development executive Nara Wilson says the four episodes were produced by First Nations people “with vastly different experience, but who are all natural storytellers”: “This initiative develops the skills of digital storytelling and provides a platform for the stories and perspectives of the oldest living culture in the world to reach new audiences.”

Sydney-based artist Sally Robinson has won the $25,000 Kennedy Art Prize with a portrait painted during lockdown of her husband Bruce Pussell.

The prize is awarded by the Kennedy Arts Foundation in South Australia and open to artists from across the country for works that embody, comment on, or celebrate beauty.

Robinson’s painting, titled Bruce Squared, celebrates her husband’s “unconventional beauty”. She was inspired by the idea that a beautiful face is an amalgam of features assessed through filters of familiarity and emotional connection.

“I am familiar with every aspect of Bruce’s face. I decided to paint his features splayed, opened out, superimposed and tiled together to show all the unique elements in one painting.”

In her artist’s statement, she comments: “In his seventies, Bruce is not traditionally beautiful, but he is beautiful to me.”

Bruce Squared is one of 50 finalist works on display at the Kennedy Prize Exhibition in the Royal South Australian Society of the Arts at the State Library until Sunday, September 25.

Papercuts Comics Festival ­– taking place across several Adelaide venues over five days from tomorrow ­– aims “to create connections between those who love comics and new audiences who don’t yet know that they do”.

A celebration of both comics and graphic novels, the festival is co-directed by comics creator, illustrator and teacher Georgina Chadderton and comic-book writer and artist Owen Heitmann, with a series of free events showcasing the different facets of comics.

It begins on Thursday with the launch of an art exhibition at Adelaide South West Community Centre featuring work by more than 50 comic-book artists from across Australia. Other events include a Talking Pictures event at Adelaide University’s Braggs lecture theatre, where presenters will each perform a reading accompanied by projections of their own art, and a market day at Centenary Gymnasium featuring stalls by dozens of comic creators and free workshops.

See the full program online. The festival website also as an Adelaide Comics 101 page with useful resources for those who are either new to comics or new to Adelaide.

Healy, whose previous roles include performing arts director of the Sydney Opera House and general manager of Sydney’s Belvoir St Theatre, says she is a passionate believer in the role and value of youth arts.

“As a theatre-mad teenager I was an active member of Essai Youth Theatre based at Carclew and my first two professional roles after studying at Adelaide University was as assistant editor then editor of Lowdown Magazine, also at Carclew.  There are thousands like me whose love of the arts was catalysed by their experiences at Carclew and I am so looking forward to working with Tricia [chief executive Tricia Walton] and the board on supporting the future ambitions of this extraordinary organisation.”

Doyle served for nine years as chair of Carclew, which will celebrate its 50th anniversary in 2022.

Albanese sworn in as Prime Minister