Woodville Town Hall’s live music series Foyer Fridays is set to return in spring – but this time it’s moving from the foyer to the main hall of the historic venue.

The series kicks off on Friday, September 17, with SA blues and alt-country singer-songwriter Kelly Menhennett and guitarist Chris Finnen.

“Performing my songs in the stunning old main hall has been on my bucket list for some time,” says Menhennett. “Each time I visit I must look like one of those sideshow clowns, mouth wide open, in awe of the beauty and wondering what the walls have been witness to over the years.”

Other artists in the spring Foyer Fridays line-up are Bjéar and the Annie Siegmann-led four-piece Seabass (October 22), and Elsy Wameyo and Ollie English (November 19). 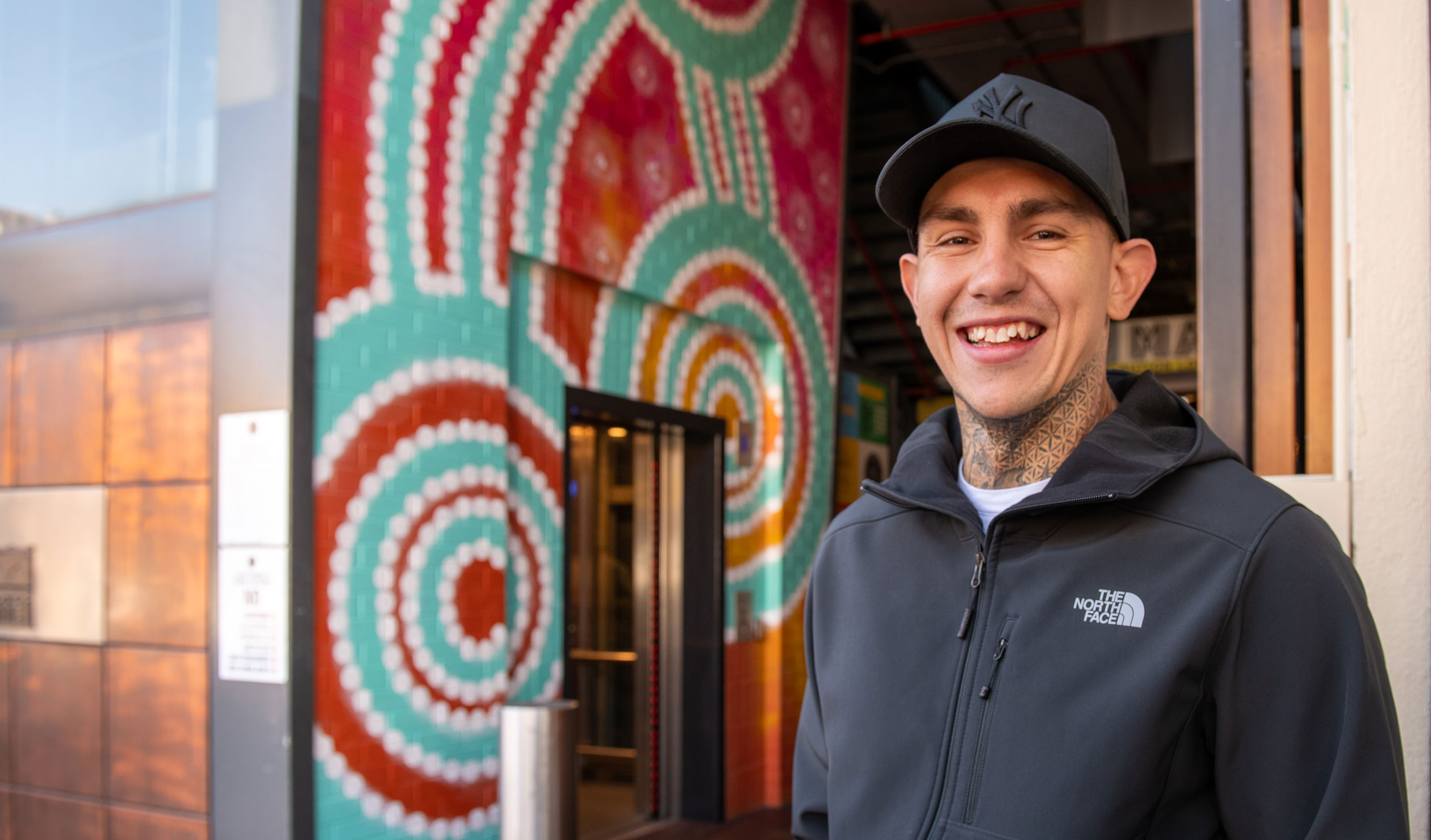 Shane Cook alongside the mural he created for the Central Market earlier this year.

The Adelaide Central Market Authority is seeking to commission a South Australian artist to create a mural for the high-profile western entrance to the market on Grote Street.

The artist brief (available here) for the mural says it should “reflect a sense of community with a focus on fun, joy, colour and market life”, and be a must-see attraction for both locals and tourists that will photograph well for social media platforms. “The piece could include a 3D feature that would entice and welcome people to interact with the piece and share their experience.”

Expressions of interest close at 9am on September 3, with the opportunity open to all local artists with experience in mural work. The stated “fixed project budget” to cover all costs for the commissioned mural artwork is $10,000, and it is scheduled to be completed in October.

Earlier this year, Shane Cook was commissioned to paint an Indigenous mural in the Adelaide Central Market’s Gouger Street entrance that was unveiled during Reconciliation Week.

State Opera South Australia has postponed its September seasons of Voss and The Turn of the Screw due to the “multitude of challenges” caused by the national COVID-19 situation.

“The company has persisted in preparing these major productions to go on stage in September but it has reached a point where the responsible thing to do for everyone, our audiences included, is to reschedule to a time where the production is no longer compromised by border restrictions, increased health and safety requirements, and limitations on group singing,” the company said in a statement last Friday.

Benjamin Britten’s The Turn of the Screw, based on a gothic novel by Henry James, was to have been presented at Her Majesty’s Theatre from September 11-18 and would have been the first production of the work in Australia in more than 20 years. It has been rescheduled for April 30 to May 6, 2022, at the Festival Theatre.

Voss, a State Opera/Victorian Opera co-production, has been rescheduled from September 17 at Her Majesty’s Theatre to May 7 at the Festival Theatre. 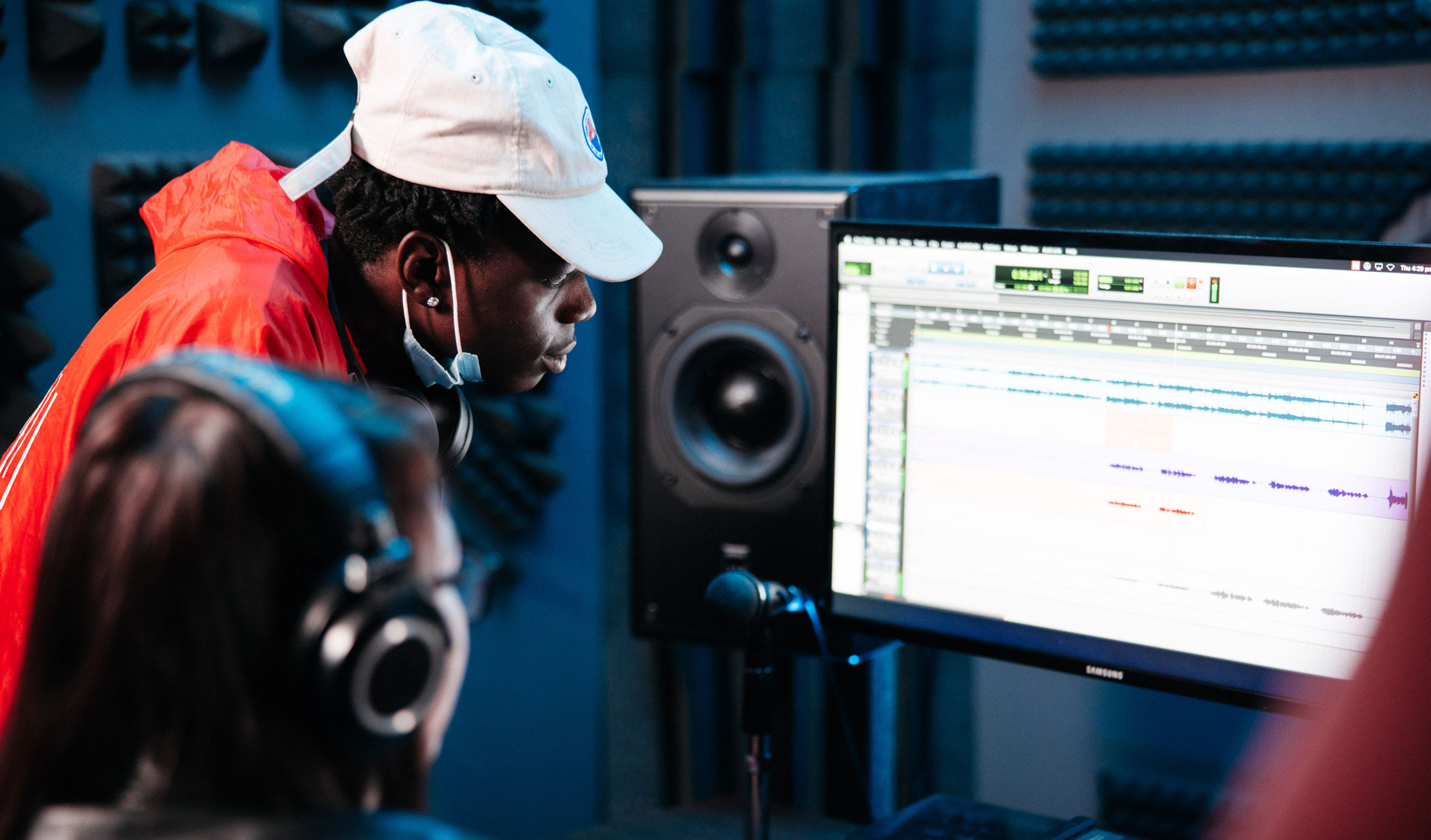 Emerging artists will have the opportunity to connect and collaborate with a diverse range of musicians to create new original music through a week-long songwriting intensive being delivered by Northern Sound System and Helpmann Academy.

SONGS will be held at Northern Sound System (NSS) in Elizabeth from September 27 to October 1, with participants working under the guidance of producers including Godlands, Adam Page and Nic Wilson (EAST AV3). The writing teams will create a new track each day and by the end of the week are expected to have a 25-track body of work.

The SONGS model has been running at NSS for the past three years, with the facility’s creative cultural facilitator Nick O’Connor saying the new collaboration with Helpmann will extend the reach of the program and bring musicians from different musical backgrounds together.

Emerging artists interested in taking part can apply via either Helpmann Academy (for final-year students and graduates from the Elder Conservatorium of Music) or Northern Sound System. Applications close September 2.

Following the recent unveiling of a striking new mural celebrating David Gulpilil, Tandanya National Aboriginal Cultural Institute is now hosting an exhibition of traditional works by Yolŋu artists from Northeast Arnhem Land who are all closely related to the famous actor, painter, dancer and singer.

It includes Gulpilil’s King Brown Snake and Blue Tongue Lizard at Gulparil Waterhole, on loan from the Art Gallery of South Australia, as well as works by a range of Bula’bula artists including acclaimed painter Philip Gudthaykudthay.

“We are all related,” says Bobby Bununggurr, who is Gulpilil’s waku (nephew). “This is David’s family. This is how we stay together, through our culture, through our Country. We are Gurrwiliny People – Swamp People.”

The exhibition is accompanied by free screenings at 1pm from Monday to Saturday in Tandanya’s theatre of films made with and/or by the Yolŋu community of Ramingining, including Twelve Canoes, Ten Canoes, Another Country, Still Our Country, Charlie’s Country and My Name is Gulpilil. All films screen with the 1978 short film 3 Dances Gulpilil. Screening details can be found on the Tandanya Facebook page.

Why the Archibald is about more than just winning

Designer Meg Wilson is a maker of new worlds