Counting the cost of COVID

Arts and culture industry workers have been “consistently neglected” during the pandemic, according to a new report by UniSA researchers that analyses the different levels of financial support offered by Australian governments.

Titled Keeping Creative and launched this week, the report finds the states responded more quickly and often offered relatively higher levels of support to the sector than the Federal Government.

“It also shows how JobKeeper often missed its mark,” Professor Justin O’Connor says. “This left many in the sector to fend for themselves, and suggests that much of the support, when it came, was for infrastructure rather than artists.”

Keeping Creative also analyses state arts budget allocations for 2020-21, concluding there is a general trend towards large-scale arts and culture infrastructure rather than direct-to-artist funding. “In South Australia, of the $235m arts budget (some of which is to be spent over a number of years, not just in 2020-2021), only $10.2m is geared towards direct funding for artists with the rest allocated to infrastructure and construction,” it says.

However, the strongest message is that arts and culture have slipped down the list of public policy priorities at the federal level in Australia.

The report – which can be read online – says Australia’s response to COVID-19 has been very different to that of other nations such as Germany, France and Canada, and that the messages sent to the sector have been far more supportive at state than federal level.

“It was often the combination of cuts to livelihoods and blows to individual creatives’ sense of self-worth that was crucial,” Prof O’Connor says.

While the Federal Government has championed its initial $250 million in arts funding and its expanded $200 million Restart Investment to Sustain and Expand (RISE) fund, the Keeping Creative authors point out that the first package includes $90 million in concessional loan arrangements that will need to be repaid. They also say that an “over-focus on large-scale operators at the expense of medium, small and micro-operators/enterprises is to ignore critical sections of arts and culture sector workers”.

Live from Adelaide to Hollywood 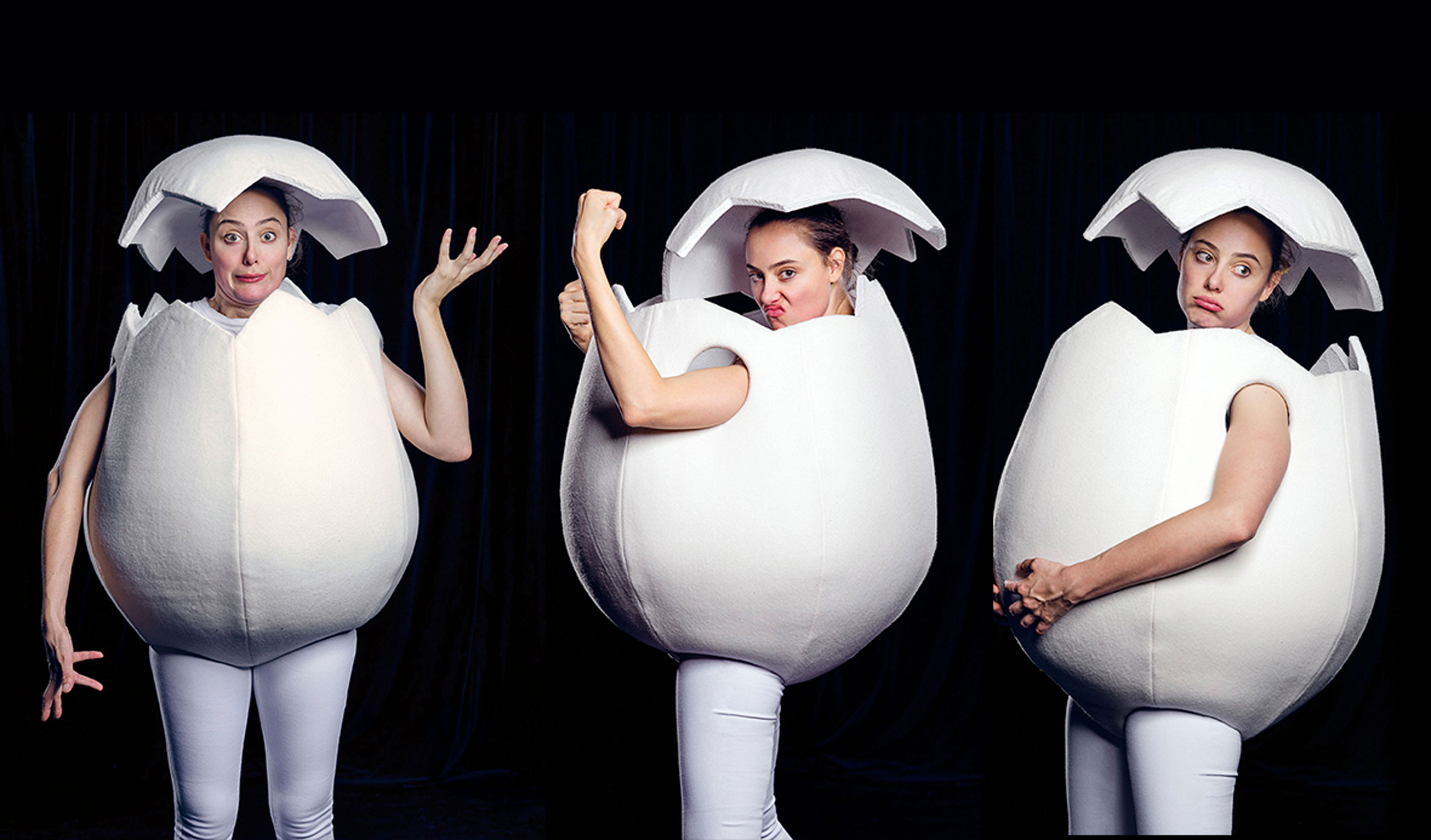 Erin Fowler’s EGG is one of six shows that are part of the upcoming Black Box Live season at Bakehouse Theatre.

A collection of shows will be livestreamed from Adelaide’s Bakehouse Theatre to the Hollywood Fringe Festival in California and also made available on demand at Edinburgh Fringe this August.

Black Box Live is an innovation of local company Hartstone-Kitney Productions and had its pilot season during the 2021 Adelaide Fringe, when 48 performances were livestreamed from HKP’s Adelaide Botanic Garden hub to online audiences around the world.

The six shows being presented during the Black Box Live August season span theatre, cabaret and dance and including Gill Hicks’ award-winning Still Alive (and Kicking), Joanne Hartstone’s The Girl Who Jumped Off The Hollywood Sign, and Erin Fowler’s EGG.

Adelaide audiences will be able to attend the performances in person at the Bakehouse or watch them on demand via the Black Box Live website. For the Hollywood Fringe (due to open on August 12), they can be viewed via delayed livestream in a cinema or online at home, while at Edinburgh Fringe the recorded shows will be available to view on demand across the festival.

Black Box Live was originally launched as a response to the challenges presented by the pandemic. Artistic director Joanne Hartstone says it uses cutting-edge film and broadcast technology, with the streaming capabilities tried and tested to produce “a cinema-standard dynamic viewing experience”.

“Adapting our craft to a virtual platform has allowed us the freedom to engage with the international art scene at a time when that just isn’t happening for Aussies.”

Making music for the screen

Composers and songwriters from across Australia and New Zealand will converge on Myponga in September for Screen Songhubs, an opportunity to create music for screen and games projects.

APRA AMCOS announced this week that it will host the first Screen Songhubs in Australia in partnership with the SA Government’s Music Development Office. It will take place from September 27-30 on the Fleurieu Peninsula at new Myponga-based recording studio Palomino Sound Recorders (which featured on InReview last week), with participants collaborating under the direction of Emmy-nominated songwriter, producer and music supervisor Jasper Leak (pictured centre, below). Also on board are composer Amanda Brown (The Secrets She Keeps, Babyteeth); music supervisor Jemma Burns (Lion, Judy & Punch, Mystery Road); composer, sound designer and musician Morgan Read, and composer and Grammy-winning producer François Tétaz. 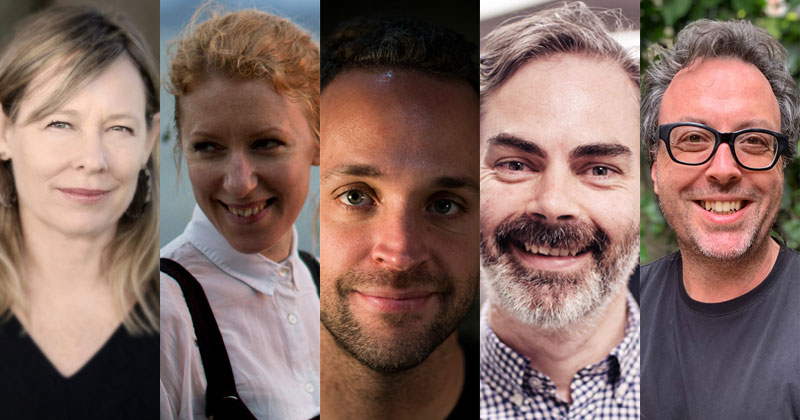 The initiative – which follows the inaugural Screen Songhubs held in Los Angeles in 2019 – is described as “a unique chance for composers and songwriters to be a part of South Australia’s booming screen industry”, with the SA Film Corporation named as a supporting partner alongside games studio Mighty Kingdom and IGEA (Interactive Games & Entertainment Association). APRA AMCOS members creating music for the screen and/or games can apply to take part here.

Amid the latest spate of lockdowns across the country, a new video created by a Sydney-based entertainer brings home the devastating impact of COVID-19 on members of the arts community – from classical musicians to comedians, actors and magicians.

James Bustar – whose website describes him as “Australia’s Madman of Comedy and Juggling” – says he made the video because he felt the sector was being overlooked, and he hopes it will help raise awareness of how serious the situation had become for many artists.

“People see the work of the arts community in their lives every day but they don’t necessarily know what is going on in the background or the pressure that individual artists are under. If nothing else, I hope the video shines a light on the crisis they are facing and the solution to help them get through it.”

Three teams of SA creatives have been shortlisted to present a proposal for a $150,000 public artwork being commissioned as part of the Goolwa Wharf Precinct upgrade.

The shortlisted creatives are Oakey and Steven Cybulka, Amber Cronin and Anika Gardner, and Ellis Moseley and Scott Hedges. They will all be mentored by public artist Tony Rosella and experienced makers from George Street Studios to develop their concept design, and will also have the opportunity to meet with council staff and Ngarrindjeri community representatives to view site-specific options for the work.

Moseley, a Flinders University graduate whose ceramic works were exhibited as part of Helpmann Academy’s 2021 graduate exhibition at ACE Open, says it would be a “unique privilege” to create a work that “enhances an already iconic location in South Australia”.

“This project provides the special opportunity to play a part in forming memories and strengthening family connections of South Australians and their families.”

The final selection of the successful design will be made in October this year.

Touch Of The Fumbles: Our Grand Final